Normally, we prefer to wait a couple of years before giving a restaurant a second look with a “take two” post, but when we were invited to a new media night at Inman Park’s excellent Parish (whose formal, long name is the Brasserie & Neighborhood Cafe at Parish), we were happy to accept. That’s because the kitchen at the restaurant was, when we visited last year, under the watchful eye of the excellent Chef Zeb Stevenson, but just three months after that visit, it was announced that Stevenson would be taking on a new position as the executive chef at the extremely popular Watershed. Moving into Parish would be Stuart Tracy, formerly the executive chef of Butcher & Bee in Charleston SC.

We haven’t been to either restaurant since the change, but I was very curious how Parish would feel with somebody new in charge. Parish really seemed to shine as one of the Atlanta area’s most interesting “new Southern” menus, and so, after a cocktail and a brief welcome from the soft-spoken Chef Stuart, we got to sample some of the appetizers currently available. 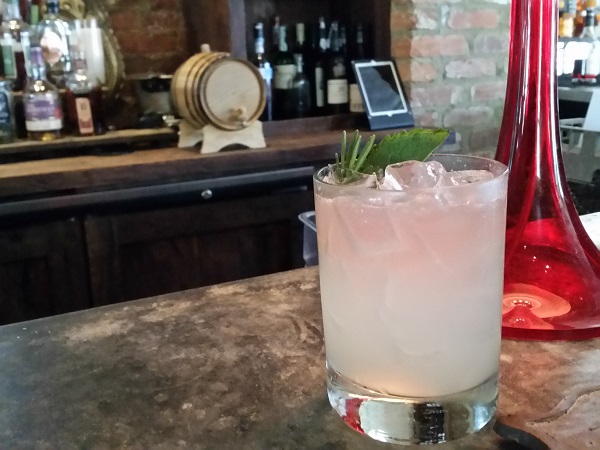 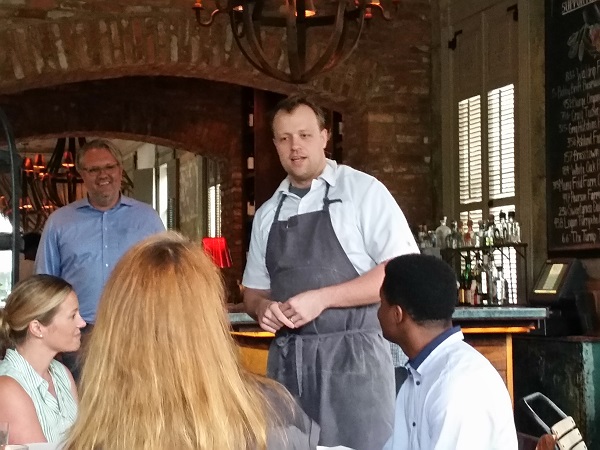 Pictured below, the most photogenic of the dishes, and almost my favorite. Pickled shrimp, with jalapenos and dill in a mild peach sauce. These were completely wonderful, and I would happily enjoy a dinner-sized portion for myself. However, my favorite was the deeply ugly but incredibly tasty chicken liver mousse. Served in a small mason jar (of course) to be spread on tasty, crusty bread along with onion jam and pickles, I wondered where this had been all my life. This didn’t seem to win anybody else’s favor at our table, however, so reviews were decidedly mixed, but I raved about it.

I also really enjoyed the heirloom tomato salad, served with grapefruit and burrata, although I confess that I was not completely taken with the lamb tartare and probably would not order that again. My food allergies prevented me from sampling the mussels, but everybody who tried them said they were very nice. These and the shrimp were probably the consensus favorites of our group. 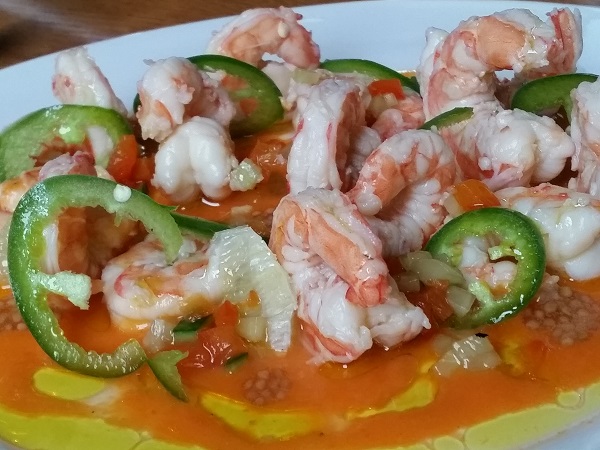 Marie was the only one at our table that ordered the roasted chicken “al Matone,” which means that she enjoyed the best meal at the table. Wowza, what a case of menu envy. My dish was pretty good, but this is some of the best chicken in the city right now. I absolutely loved the seasoning mix and the lemon thyme jus. I kept sneaking potatoes from her plate, and that’s despite some pretty good sides demanding our attention. 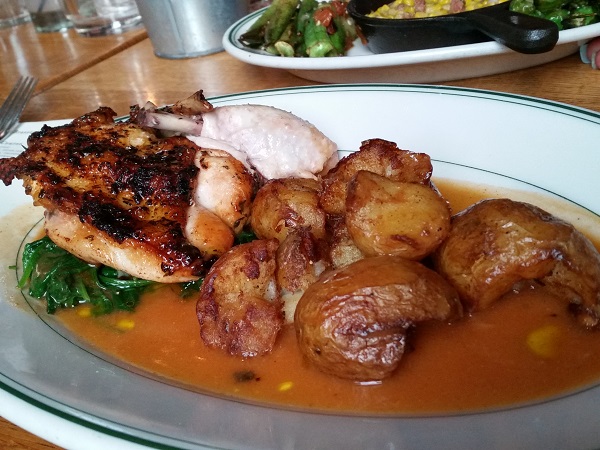 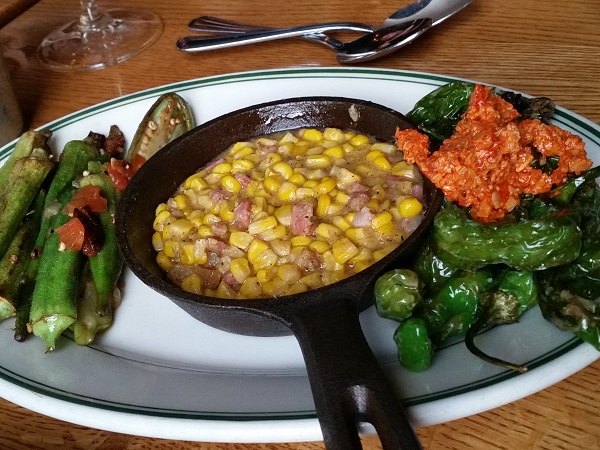 Each table shared a side plate that contained delicious caramelized okra with a tomato ragu, a skillet of corn with country ham, and shishito peppers with a thick romesco sauce. Not to second guess the chef too much, I rather enjoyed the romesco with the okra instead of the peppers. 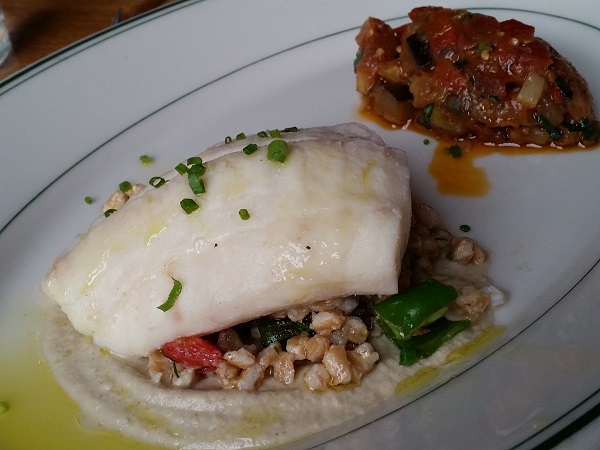 Most of the table ordered the flounder, and I think that if Marie had not asked for the even better chicken, I’d have been perfectly satisfied with it. This is a very simple dish, with minimal fuss or extra seasoning. It’s served with an eggplant puree and a farro salad. I genuinely enjoyed it, but probably would not order it again as long as the chicken is available.

If you’ve been waiting a few months for Parish to get settled down and the new chef to get situated, it looks like things are running very smoothly four months in, and we were very happy with our meals. I’m very glad that this very popular restaurant is in good hands.