This is Marie, contributing an article about HOLA! Taqueria, which celebrated their one-year anniversary on Labor Day weekend. I went with a group of food bloggers to check out the menu, and was really pleased with everything I tried.

The owners love Mexico and visit frequently, and wanted to bring some of that ambiance back. My husband sometimes talks about the “El This, Los That” sort of restaurant, and while those have their place, this isn’t one of them. It’s not somewhere you’d go to get a ground beef taco with iceberg lettuce and American cheese on it; no, it’s far, far better.

This is a good place to go out for a drink and a meal with friends where you enjoy the food as much as the company. The bar area is quite large and includes a section outside.There is also a good amount of seating inside for families, and a few tables out on the small patio. 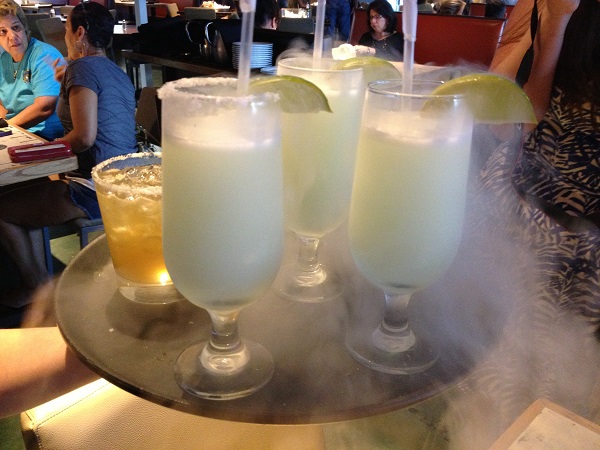 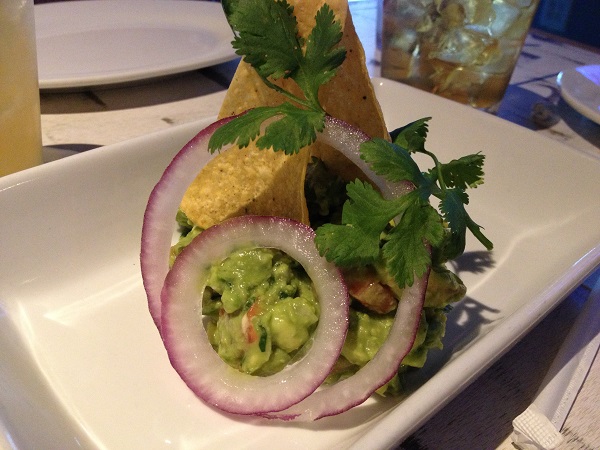 We were both supposed to go, but Grant missed out in favor of a nap, poor guy. We’ve had a rather lengthy recovery from some summer colds we picked up somewhere (side-eye at the 4-year-old here). He would have loved the food and I’d have enjoyed having him along. There was a spicy shrimp appetizer I was too chicken to try that he would surely have adored.

We started off with drinks – mine was a frozen margarita with that lovely waterfall of mist from the frozen nitrogen – and the house guacamole, which is not for your toddler. It’s got a really nice kick and tastes great. I’m afraid, however, that a guac like that is what put my son off the stuff, as he used to gobble down the stuff with a passion until suddenly after one unfortunate portion he started refusing it everywhere, including the places where he used to dig in. The boy still eats plain avocado like it’s going out of style, but spice makes his mouth “sad” so if you’re in his camp you might not like it as much as I did. I’m in the middle between my son and my guy for spice tolerance. 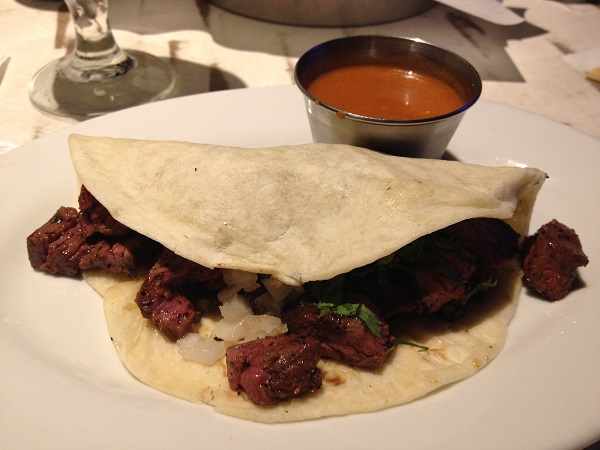 Next we had a “lobster taco” which was really almost a lobster enchilada, as it came with sauce over it. It’s really incredible, full of flavor, and a really great texture. You will also want to keep some chips to scoop up the sauce that comes with it so as not to waste any. We each tried a taco (on the menu they come in either pairs or threesomes); mine was the steak taco, which was full of meat and very tasty. I had to cast a rather envious eye on some of the others’ selections, though. The tacos come with the option of corn or flour tortilla, are priced quite reasonably on the menu and are substantial; I would have to be pretty hungry to get the 3-taco plate. We also shared a plate of the skirt steak dinner; the meat is incredibly tender and was cooked just right. I loved it. Our teen would surely have as well. 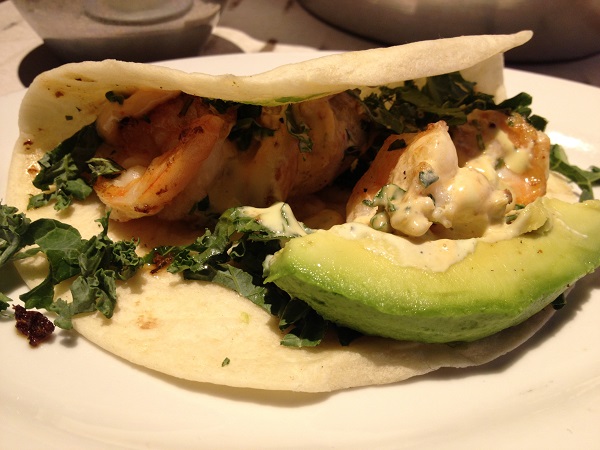 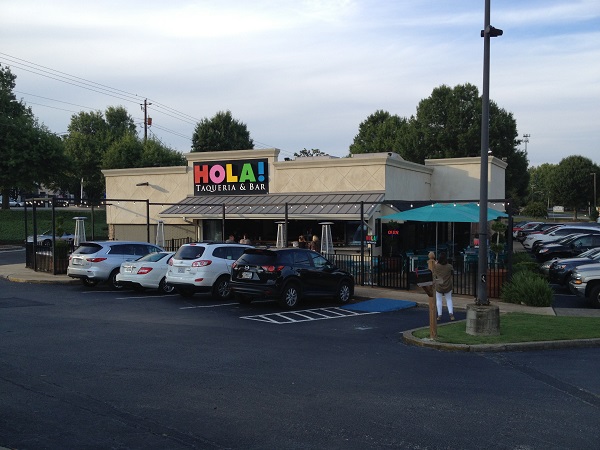