I was recently invited to join some other bloggers and media types for a preview dinner of Chef David Connolly’s autumn menu at Tap, the popular gastropub in the King & Spalding building on Peachtree and 14th Street in midtown. If you’re familiar with Article 14, one of our favorite restaurants in that area, Tap is in the same building, but on the other side, with a separate lane for valet parking. It’s a very nice two story space with lots of stairs if you’d like to go up to the somewhat quieter area above the noise and activity of the main floor.

Tap opened in 2007 and its menu has been in a constant state of flux. I enjoyed looking at other writers’ takes on the restaurant (linked below) in part to see just how many interesting things used to be around but aren’t anymore. Fortunately, they do listen to guest suggestions, and some popular items, like the really great Buffalo calamari, come back into the rotation from time to time. The calamari was in fact my favorite dish of the evening. Everything that we tried was pretty tasty, with some roasted mushrooms being the overwhelming favorite of my end of the table, but I enjoyed the calamari best. I also quite liked an edamame hummus, which I thought was pretty inventive. 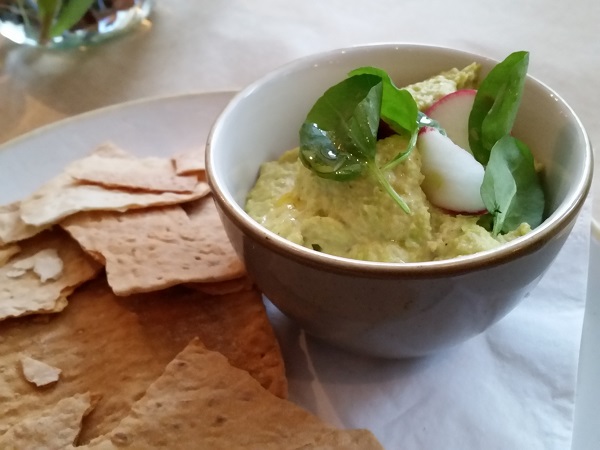 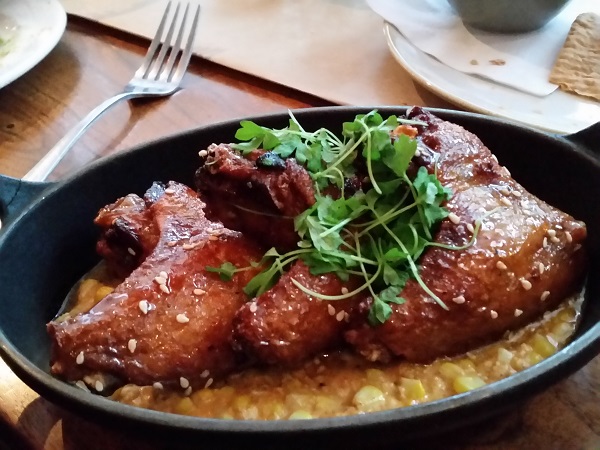 The wings were also very popular. They’re given a little glaze of mezcal and honey, and I really enjoyed the Mexican street corn that accompanied them in the skillet. We also sampled a mac-n-cheese that was cooked in India Pale Ale, and a charcuterie board with some very nice meats. I wasn’t wild about the duck terrine, but I quite liked the chorizo and the chocolate salami. 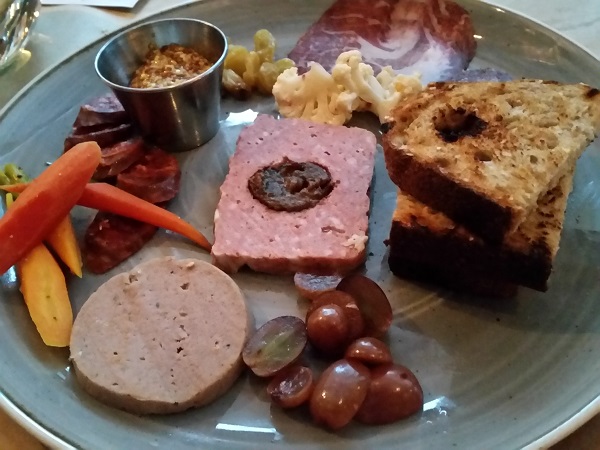 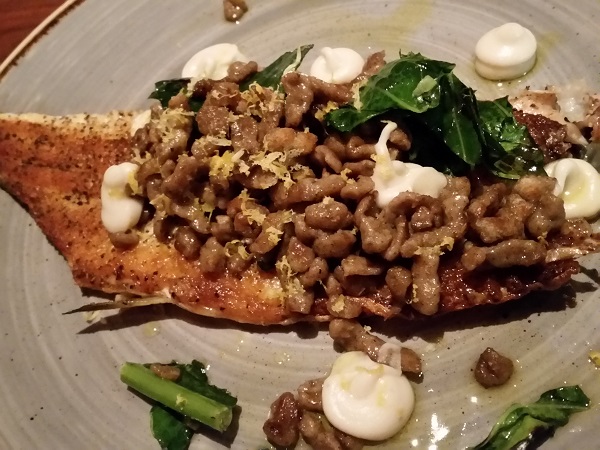 Most of the group ordered the trout. which is served under a sprinkling of spatzle. Everybody enjoyed this, but a couple of guests and I had the roasted chicken instead. Not very many people ordered, and I think that we probably enjoyed this even more than the rest of the group. The chicken is served with a drizzle of a black garlic vinaigrette, and if I could make one suggestion to the kitchen, it would be to serve the chicken with an extra small cup of this. The meat absorbs the vinaigrette quite quickly, and with such a large portion, I found myself needing to ask for a little more of it before I was quite finished. 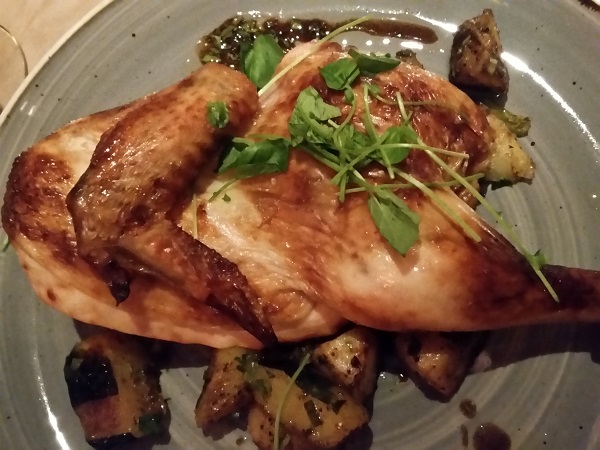 I won’t say that I enjoy Tap quite as much as I do one of Concentrics Restaurants’ other properties, Parish, but everything that I had was good, and I do like that upstairs space a lot. It also has a very nice and quite popular patio, but I prefer the upstairs. It was a good evening, and everybody really seemed to enjoy their meals very much.

(Everybody also got a kick out of me ordering a glass of milk to accompany my tastes of their lemon ice-box pie with blueberries. Sure, the gastropub has a fine beer list and makes all sorts of wonderful cocktails, but seriously, nothing goes better with a slice of pie than a tall glass of milk.)

Other blog posts about Tap: