Six years ago, Marie and I drove up to Vermont, and visited her old college buddy Debbie for far too few hours. We had a really terrific dinner at Richmond’s Kitchen Table Bistro, and made our way on to New Hampshire.

A few months ago, Debbie and her husband relocated to Tarpon Springs, a suburb about twenty miles north of Tampa. Whatever we thought we were doing the next time we went to visit my mom, we had to incorporate a trip to see Debbie. Naturally, I was immediately digging around for something to eat, and was pleasantly surprised by the amazing number of Greek restaurants. That’s because the city of 24,000 has the highest percentage of Greek-Americans of any municipality in the country. The city itself is completely lovely, and is home to the gorgeous St. Nicholas Greek Orthodox Cathedral.

Running alongside the town, sadly, is US-19, which is mile after mile of single-story sprawl exactly like every other awful six-lane highway, except with more traffic lights and worse drivers. Should fortune and fate ever cause us to relocate to Tarpon Springs, we’d stay on the waterfront side of this beautiful community and try very hard to never, ever venture out to that awful highway. 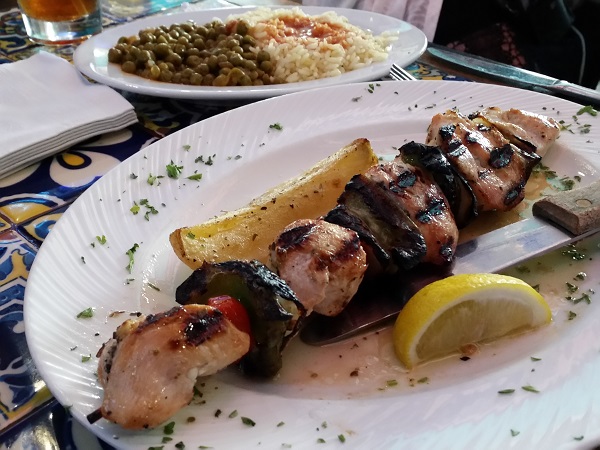 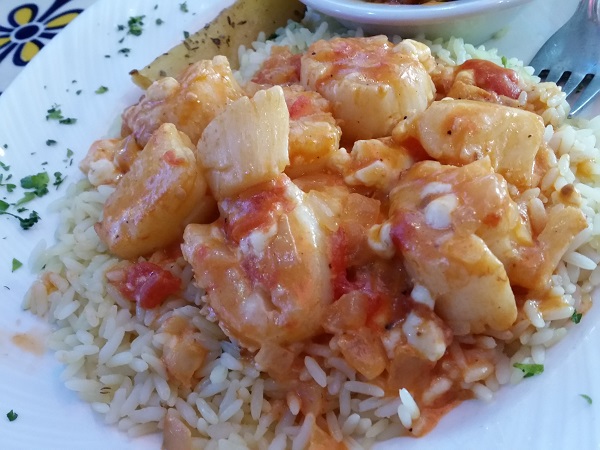 But speaking of the waterfront side, Debbie had shared some photos from Hellas Restaurant, which opened in 1970, with us and I knew that was where I wanted to eat. Marie and our daughter were less than thrilled, as neither of them – madly – cares for Greek food very much. I figured that they were still raving about the pizza that we enjoyed for lunch, and so they could indulge me. Happily, it turns out that Hellas also has a bakery, and everybody in town loves their amazing desserts. So they wandered over to the bakery side and selected five desserts to share. The prices for baked treats are extremely reasonable; all of their indulgences came to under $20!

John and Debbie have eaten here several times and insisted that we start with an order of Saganaki. I got my first exposure to this when the table behind me ordered it, and the server came up behind me. Suddenly a wave of heat caught me in the back of the neck as he shouted “Opaaaaaaa!” and all his guests replied it back to him. I turned just in time to see the flames from the cheese die down after that server squeezed a lemon over it. I’m not completely certain what cheese that they flambe at the table. It’s possibly either a sheep’s feta or a graviera, but I was drooling for it as our server came back carrying our order in its little frying pan, and am happy to say that it’s wonderful.

John ordered the best thing at the table, a delicious chicken kabob. It was marinated in olive oil and a lemon sauce, and heavens, it was fantastic, so juicy and full of flavor. It’s seasoned perfectly. Should you take my advice and visit this restaurant, please order this. Your mouth will love you. 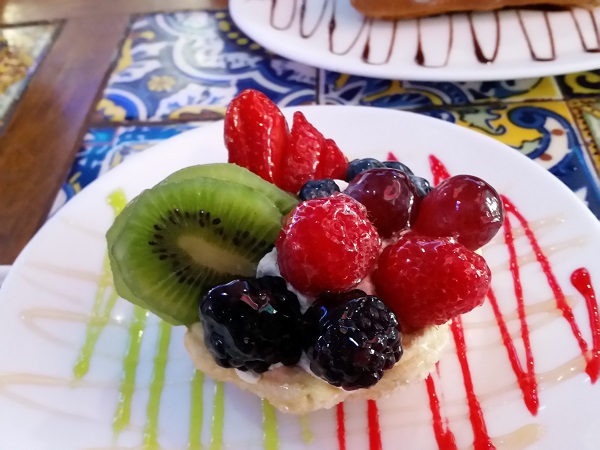 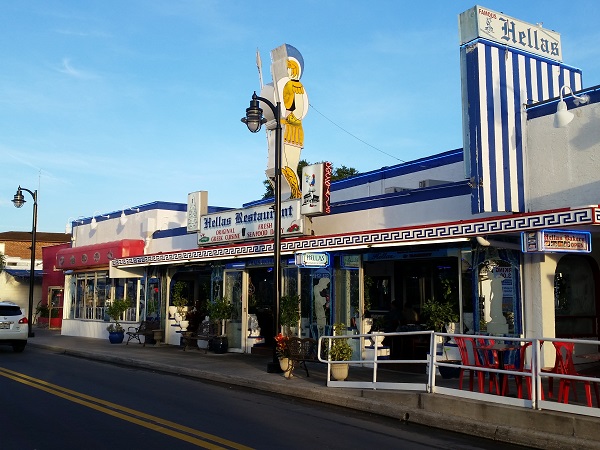 Alternately, get the very good scallop dish that I had. They say these are fresh, local scallops and would be worth every penny even without the wonderful sauce that makes these “Greek style.” It’s a red onion sauce with lots of spices and seasoning, and served over rice with a side of peas and tomatoes.

Everything else that we sampled was really good. We got a real kick out of the salad, and not just because the tomatoes in it were just about perfect. Buried underneath all the lettuce and olives and cucumbers was a surprise scoop of potato salad! What a cute little idea. I would like to go back one day, but there are honestly dozens of other Greek restaurants in town, ranging from nice places like Hellas to little holes in walls, and I hope that I get the chance to sample a few more of those first. 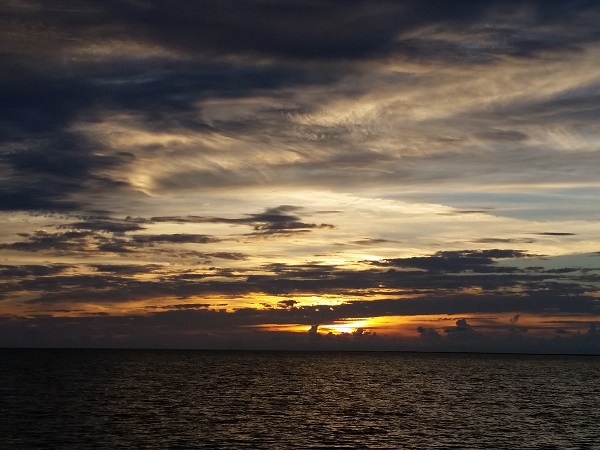 We couldn’t linger, because we had to go west very quickly. We drove as fast as the law – and the pokey, pokey drivers of Pinellas County – would allow to get to Fred Howard Park, which is way out on a little finger of Pointe Alexis, to see the sun set from the beach. Our four year-old loved the chance to play in the sand, which he was not expecting, and we got to marvel at how pretty the sunset was, and snap a few pictures. This was a really nice and pretty day with a couple of very good meals.