We had a pretty decent night’s sleep at our hotel in Evansville, and then we went out to take some pictures and do some shopping, and, at nine, arrived at the Children’s Museum of Evansville just as they opened. It’s a really great museum that uses its space very, very well. It occupies the former home of the city’s main library, the building having been constructed in 1931, and dedicated to the memory of a local temperance crusader. So no drinking in today’s chapter, okay?

Everything at CMoE, as it’s called, is fun and engaging, and our son loved going from room to room and exploring exhibits. The centerpiece of the museum is a very intricate and very fun “factory” that occupies two large rooms on separate floors, and incorporates a ball machine, water play, and a climbing structure, with tubes and chutes sending balls back and forth, up and down, into each room. Our son was incredibly pleased with it, and I think that we all could have spent a lot more time here than we did, but after a couple of hours, we were ready for some lunch.

Since there were two more places in Evansville that immediately appealed to me, I suggested that I eat at one and Marie at the other. She liked the idea, and we met our friend Louis again at our first restaurant, the Big Top Drive-In, for me to try a third breaded pork tenderloin. Louis had a burger, which came with the recommendations of quite a few people in the community. The local paper seems to send a nice plaque over to the restaurant every year, naming it “Best Place to Get a Burger.” I note the distinction between “best burger” and how they phrase the actual award! Despite my raised eyebrow, Louis said that his was a pretty good fast food-style burger. 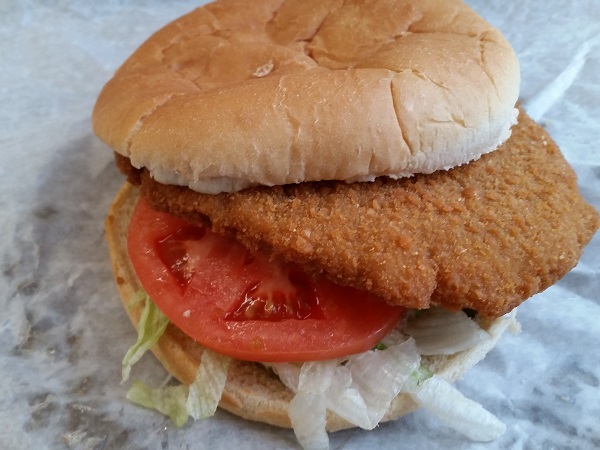 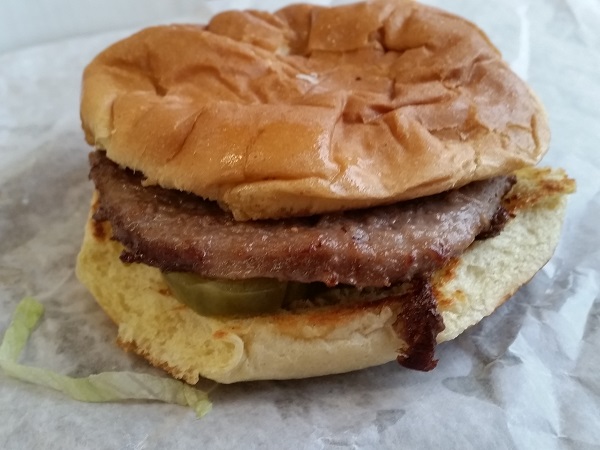 The breaded pork tenderloin, on the other hand, was very good, the best of the three that I have tried. I do believe that much better examples must be out there – quite a few restaurants in Indiana and Iowa, even the very small mom and pops like the Big Top, make them fresh to order – but this was perfectly fine and I really enjoyed the flavor.

While Evansville does not seem to be a really great place to sample the midwestern specialty of pork tenderloins, it does have its very own specialty. Look at the second photo below, that little sign right underneath the big one for banana splits. Every September 1, the Big Top hangs up that sign, because for three months each year, they sell brain sandwiches. 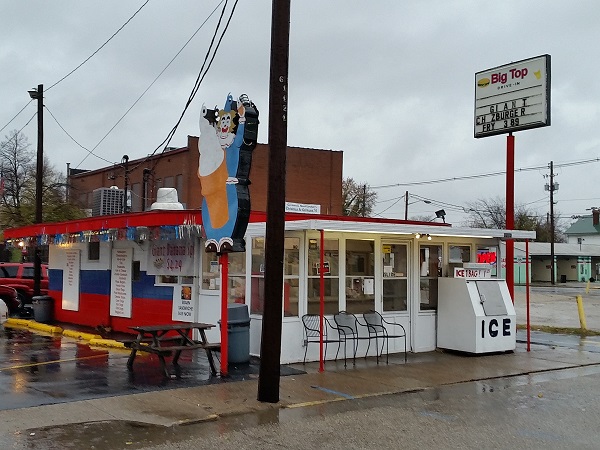 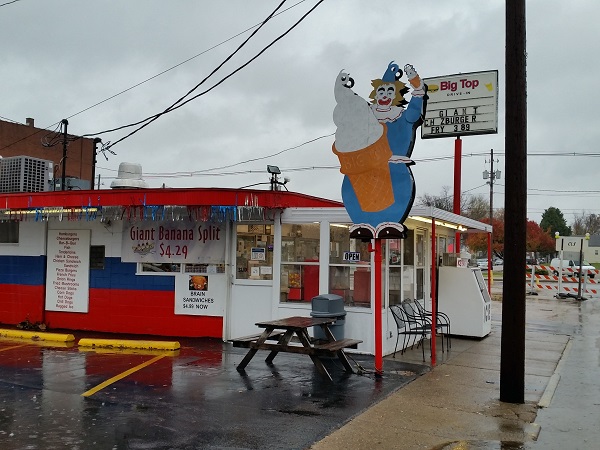 After the media furor over mad cow disease some years ago, many Evansville restaurants, including the celebrated “manliest restaurant in America,” Hilltop Inn, started serving pork brain sandwiches rather than beef brains as they had done. But a few, like the Big Top, still use the old recipes. I was tempted, but decided against it. Maybe next time I might risk the prions, I ventured. Marie rolled up an old issue of Scientific American and swatted me in the head for suggesting such a thing.