Over the years, we’ve received hundreds of suggestions and ideas about places to visit around the southeast, and the runaway number one in the Atlanta area has definitely been Gumbeaux’s, a cajun-style restaurant in Douglasville. It’s in that town’s charming single-side historic downtown, with the businesses on one side and the train tracks on the other, and it’s incredibly popular. We arrived on a Saturday last month about 11.45 and may have been the last party to be seated without having to wait.

Gumbeaux’s opened in 1994 and immediately became one of the metro area’s most talked-about cajun restaurants. Toss a coin, and either Gumbeaux’s or Henry’s Louisiana Grill will get the gold. It’s about half an hour outside the perimeter, and if you can find another thing or two to do in the area, I’d say that it’s worth the drive. We picked it because, as you’ll see in the next chapter, there was another restaurant in town that I wanted to revisit. We added a playground stop and a couple of bookstores to our itinerary and Marie and I had a fine day out with our four year-old son. 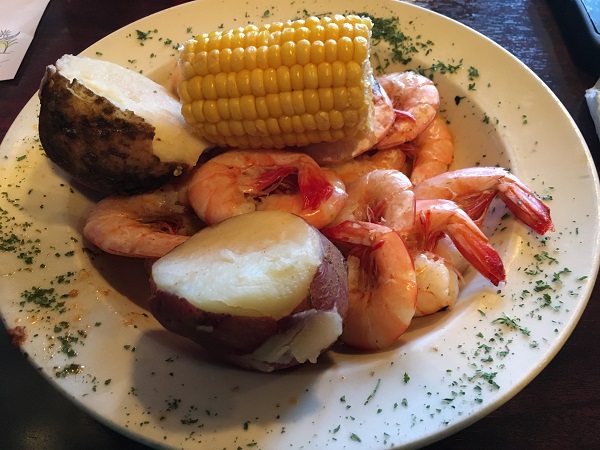 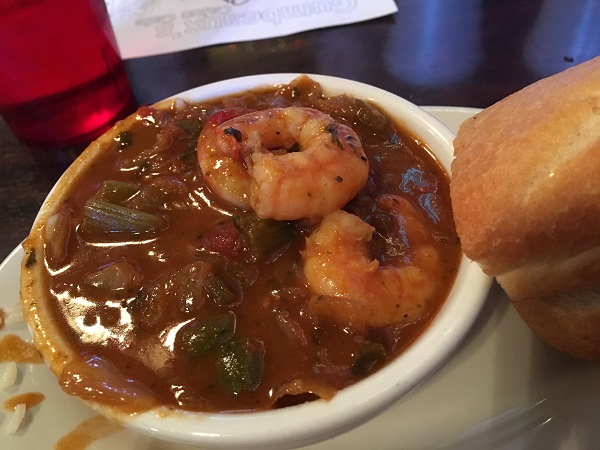 Gumbeaux’s is good, to be sure, but it leaves me curious to go back to Henry’s and see what I think of that place with fresh eyes. Marie and I both enjoyed our lunches here, and wouldn’t mind another visit, but this restaurant is pretty far in the shadow of the excellent Thibodeaux’s in Columbus GA, which we sampled earlier in ’15. Marie had the peel and eat shrimp, which is the closest thing on offer to Thibodeaux’s baby boil. The local version doesn’t have onions or sausage, but it does have a killer seasoning mix. Marie’s spice tolerance is a little lower than mine, and this was right on the border of her threshold. It left her lips tingling and she was pleased.

I could not decide between the lunch-sized portions of the crawfish etoufee or the shrimp creole, but happily, there was an easy way to order both. Most of the entrees are available in smaller “crock” sizes, with an eight ounce bowl filled right to the brim and served with very good French bread. This is a terrific idea and I’m very happy that the restaurant offers these. It makes sampling different dishes so much easier and affordable. 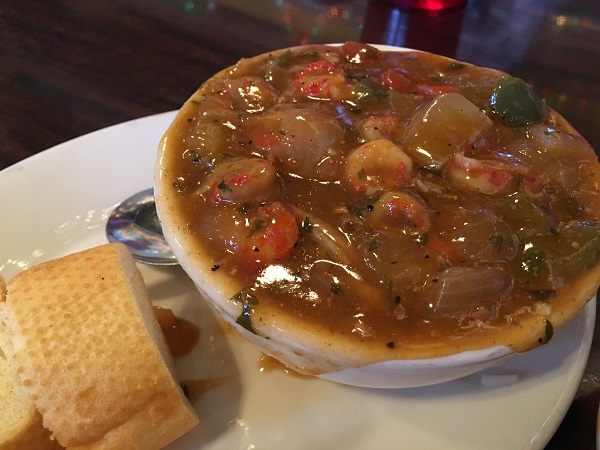 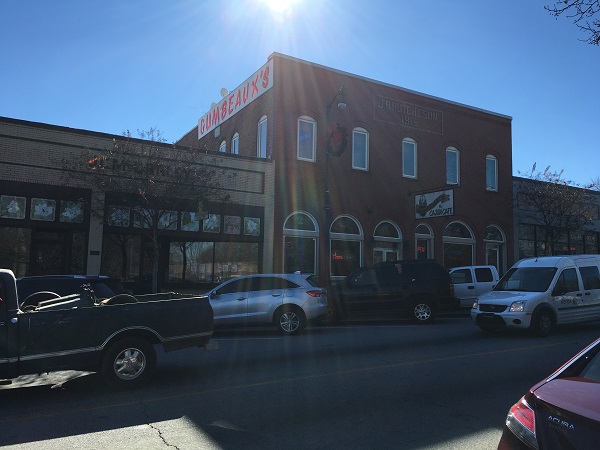 I liked the etoufee very much, but the shrimp creole was even better. I sort of did myself in with it by giving my crock a liberal splash of a habanero pepper sauce on the table, because the dish was really not as spicy as I’d like it, but it was certainly flavorful. I ended the meal a little pained by the spices, but far, far greater pain was in store for me later in the day…

The only down side to the experience was that our son, while really well-behaved, was completely unwilling to go off-target with his own lunch. I love how encouraging Gumbeaux’s is with their kids’ meals. They have the usual grilled cheese, hot dogs, and chicken tenders for the pickiest of children – like ours – but they also offer shrimp platters and even gator. He turned that idea over in his head for a couple of minutes before announcing that he doesn’t eat any meat “that has teeth” and retreating to the comfort of his hot dog. In the future, since his reading skills are still developing, we’re going to omit hot dogs from his list of possibilities. I suppose then he’ll just pout that he doesn’t want anything, though. Darn kid; I’d have never missed out on the chance for gator at his age!