I first visited Lexington Barbecue two years ago on a day when some program on the Travel Channel was shooting an episode of one of their many shows about driving around and eating well, and I’ve wondered ever since whether the food might not be even better when it’s prepared and served outside the madness and chaos of a taping day. What I enjoyed then was really good, don’t get me wrong, but if my experience has taught me anything, it’s that kitchens often don’t do their best work when outside forces like festivals or TV shows are slamming the restaurant.

My daughter and I motored out of Winston-Salem and took back roads until we reached the first of what would be three amazing detours on our drive home. A big wreck had shut down NC-150 W, a two-lane blacktop, and detouring around it took us miles out of the way. We got to Lexington Barbecue about 1.45 and there was still a line for a table; this place has a big Friday lunch crowd.

The couple ahead of us in the line were talking about Parker’s Barbecue in Wilson, and a couple at the nearest table piped in about how they enjoy that place, too. I joined in the conversation, and it turned out the people waiting with us were from the Wilson area and on a barbecue tour of their own, visiting Lexington to see what all the fuss was about. Astonishingly, this was not the first time that I’d crossed paths with Parker’s regulars on barbecue road trips in North Carolina. My daughter, dying of embarrassment, begged me to stop talking about barbecue with complete strangers. 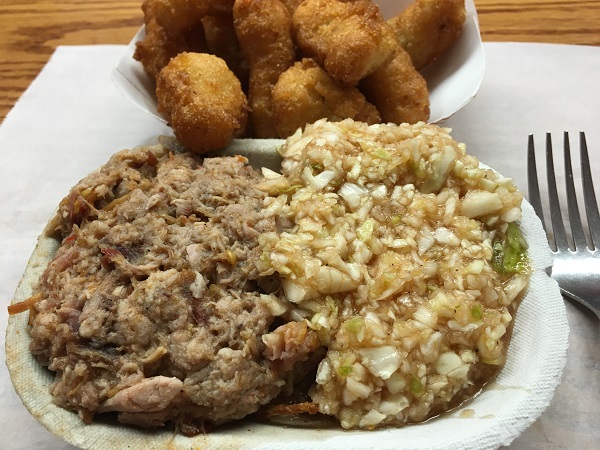 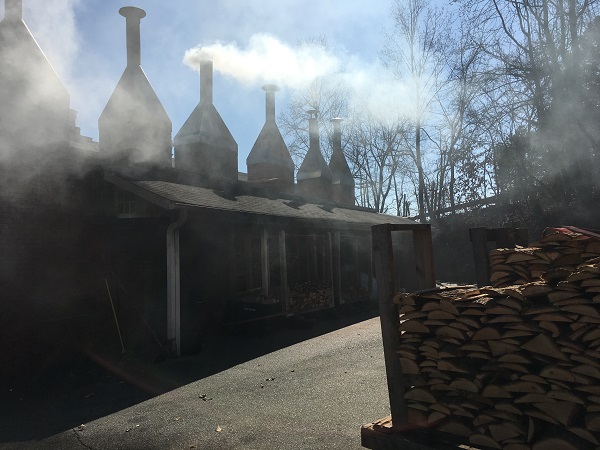 But you really want to know whether Lexington was even better when they weren’t overwhelmed with a mob, and the answer is… nope. This was every bit as good as I remember it from two years ago, just a completely terrific tray of barbecue, incredibly tender and sauced just right. It’s certainly true that I can name other joints in the state that I enjoy a little bit more, but the list of barbecue restaurants left in Lexington’s shadow is hundreds deep. The Monk family has been bringing the crowds in for fifty years for good reason; this is just terrific stuff.

The girlchild said that she was not hungry, and, to be fair, she did have a big lunch earlier, but I asked her to compare the barbecue here to what she had enjoyed at Little Richard’s. She said that she liked this meat a lot more. I was also much more pleased, and didn’t leave even a sliver of slaw or a crumb of hush puppy behind. I got a refill of Cheerwine for the road, took some photos outside – wowza, the timing was just right to catch the sight of all that smoke in the sunlight – and we moseyed on down to Salisbury for the next stop on our trip home.

Other blog posts about Lexington Barbecue: