A couple of Saturdays back, I had one of those fluid days where everything kept changing based on traffic and other people’s plans. Marie had an excellent baby shower thrown for her by our friend Samantha, and some of our friends from Nashville came to attend. Later, David and I took our Nashville buddies out for a couple of hours shopping for records and for yarn, and while time didn’t afford us the chance to go enjoy a great dinner in Atlanta, we did, at least, stop by King of Pops at their usual location at North Avenue and North Highlands and have some awesome handcrafted snacks. Still no Arnold Palmer flavor for me – I’m optimistic that I’ll try it one of these days – but I can confirm that their orange basil is just about better than you could imagine.

Later in the evening, after our friends made their way back to Tennesee, David and I spent a little while trying to figure out what to eat around his place. We finally settled on Joe’s Mexicana Grill, which is a quite new place – it opened in March – on the East-West Connector in that same strip mall as the wonderful Miyako. A very good chicken place called Famous Yardbirds had briefly lived and died in the space now occupied by a package store. Joe’s itself seems, if memory holds, to be in the space where a Moe’s Southwestern Grill once was. This, in itself, was surprising. Despite the inescapable reality that you cannot spell “mediocre” without M-O-E, I didn’t think those darn places ever closed down. 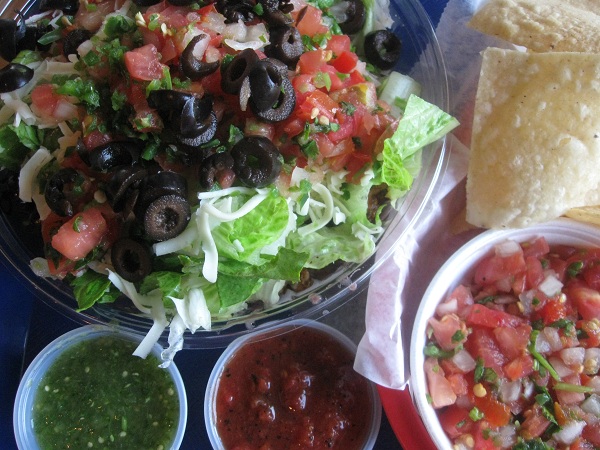 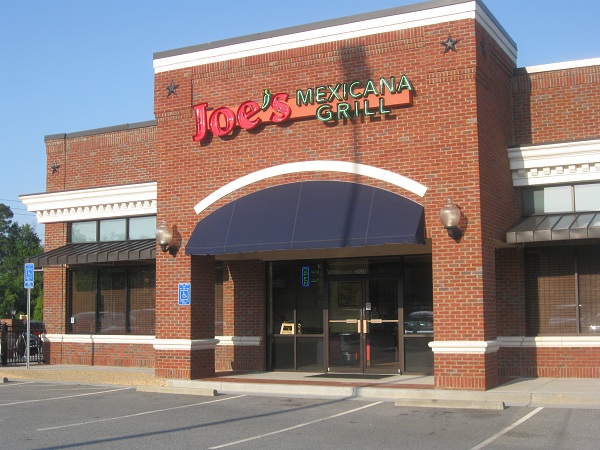 Joe’s follows the same template as Moe’s and Willy’s and Hollie Guacamole! and the like. It’s assembly-line burritos, tacos and nachos, made with smiles on the other side of a sneeze guard. However, there are a pair of extras here that none of their competitors offer, which warrant commentary, even though I did not sample either. First, there’s the surprising and notable choice of artichoke as a primary ingredient. Somehow or another, I just plain misread this on the menu, said to myself that I’d rather have spicy chicken than what I thought was avocado, and when I left, stuffed from an enormous burrito bowl, I was kicking myself for not trying an artichoke taco. Further investigation is required here.

The other thing they have is a really impressive dessert counter. Their competitors work under the assumption that all anybody ever wants for dessert after a burrito is a chocolate chip cookie. Joe’s suggests that you might like a big slice of cheesecake or something exquisitely decadent. Again, I was too stuffed from a burrito bowl and some chips to even have a taco, much less a slab of chocolate cake this large, but it sure did do my eyes a favor to look at what was on offer.

Joe’s might not be destination dining, and its unfortunate interior design doesn’t really lend itself to quiet evenings out. With very high ceilings and piping and ventilation above, the sound is terrible and loud here. One television was on Nickelodeon and one was on Faux News and we couldn’t make out a word from either. Sounds just turn into howling noise here; TVs should be shut off and lower ceiling tiles installed. But for its neighborhood, it’s a pretty good addition, and the quality of the food is infinitely preferable to Moe’s.

And for those of you who noted with sadness my inability to land an Arnold Palmer-flavored pop earlier in the afternoon, you can breathe a sigh of relief that I mixed myself one to drink with my burrito. It probably wasn’t as good as a frozen popsicle on a nice spring afternoon, but it was still pretty good.

(Update 7/12/12: Unfortunately, Joe’s closed earlier this month. I never did try one of those artichoke tacos…!)