Over the course of the next several days, we’ll be telling you about the fun trip that we took to Starkville, Mississippi, to visit Marie’s brother and sister. Karl moved there after serving a few tours in the army, and Anne, as readers who were with us last year, lives in Memphis. We had a terrific little trip, taking the baby out of state for the first time. Starkville is five hours’ drive from our place, not including the stop in Birmingham for breakfast, and once we got to Karl’s place, and visited for a little bit, he and I got back on the road to go pick up Anne, and get some barbecue.

But I’m getting ahead of things. We needed to get breakfast in Birmingham first off, and, sad to say, the usually reliable regulars at Roadfood.com did not have any immediately good suggestions for a quick breakfast on our way through town. I sort of rolled the dice and picked Mix as the best available option. 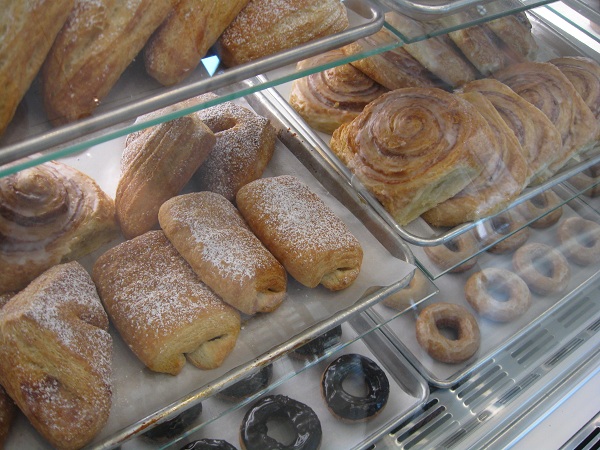 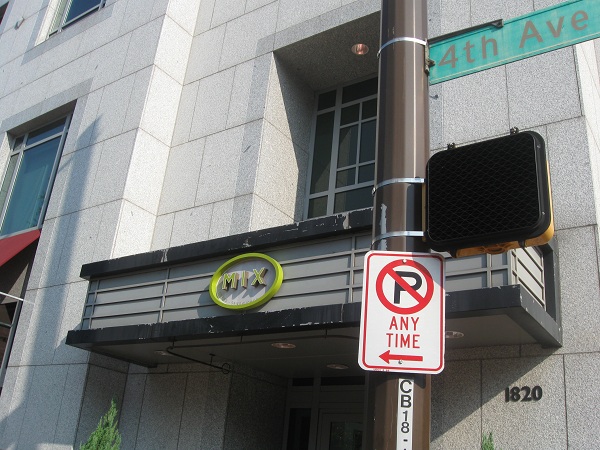 I really enjoy Birmingham. Marie and I visited twice last year with the girlchild – her older brother has managed to miss three trips here now! – and I hope that we can make another long daytrip out here soon. I’d like to stop in at a Golden Rule to try them out, and we drove past a barbecue place that I had not heard of before that I thought was called Lola’s. At least I think that it was; it was either on 5th or 3rd Avenue South – one continues onto the other – and I can’t find it again online.

When we pulled past Mix, it looked closed. Downtown Birmingham has areas that look completely dead all of the time, but this place, just a block away from the McWane Science Center, isn’t one of them. We pulled into the nearest surface lot and sent my daughter to go look into it. She said that she saw somebody inside but the door was locked. It was 7:45 and even though the menu on the door said they opened at 7, she couldn’t get in. So I wandered over, saw customers inside, but confirmed that the door was locked, walked around to the other entrance, on 19th Street, and entered there. The fellow at the counter was baffled as to how the door got locked.

(There was additional odd confusion about how in the world you were meant to pay to park in this surface lot when none of the numbers on the asphalt corresponded with any of the numbers on the little slots, but I don’t want to discourage anybody too much from thinking about stopping by for breakfast, so just find a deck. It’s probably cheaper and you’ll be out of the sun, anyway.)

Mix’s interior is very low-key, spotless and uncluttered. In the mornings, it’s a place to pick up pastries, doughnuts and turnovers on your way to the office. At 11, they start serving lunches and they seem to have a good amount of space to accommodate a good crowd. Breakfast pastries run between $1.50 and $3 and everything here is really tasty. Between us, we enjoyed croissants, apple turnovers, chocolate frosted doughnuts that deserve to be mentioned in the same breath as Atlanta’s mighty Sublime Doughnuts and honkin’ huge cookies that get gooey chocolate all over your fingers while you try to drive.

We didn’t have the opportunity to linger; we’d got an annoyingly late start on the road anyway and spent longer on the surface streets getting to Mix than I planned. By the time we left – based on my experiences, evidently I-20 is much easier to get back onto going west than east from downtown – we were still a little behind the planned timetable and had another half the drive to go. I licked chocolate off my fingers – I got a lot of chocolate on my fingers – and put the pedal to the metal.