This is Marie, contributing an article about a fun little trip to the Marietta square with the kids. With desserts, of course. I was actually in the mood for cakes and tea, but unfortunately the place I would have gone, which, hopefully, I will get to write about later, was not available since they are closed on Sunday.

I mention that tea shop because it is very likely we would not have gone for gelato if I hadn’t wanted to check out the other place. I could have sworn the restaurant was open, but it turns out that was just the antique store connected to the place. Pino Gelato shares the building as well. It is really an all-purpose sort of place – get cakes and tea, do a little shopping, and then close with ice cream. In our case, however, we just got the gelato. We were the only customers, since it was a slightly chilly day, but the server was helpful and pleasant. There are a dozen or so locations for this small chain, many tucked into other businesses or places like airports, but there are some stand-alone locations. 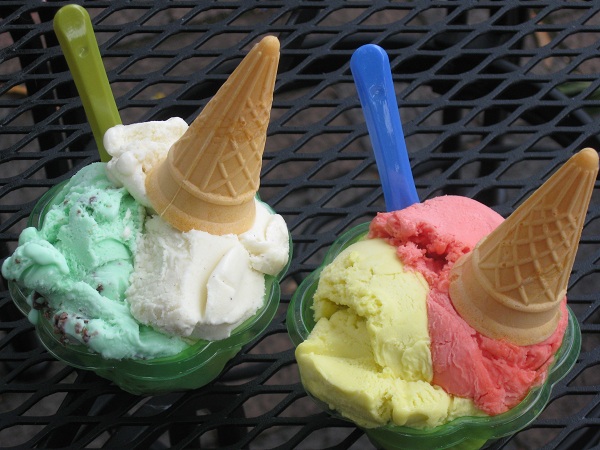 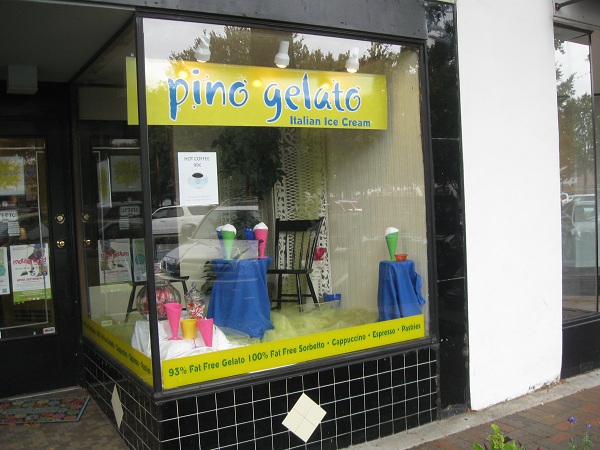 After starting out our day with dessert, we went to get lunch at Sugar Cakes. On the way we found that the Farmer’s Market that usually populates the Marietta Square on Saturdays was also present, though in somewhat more compact size, on Sunday; I mention this because I got some tea after all! There was a vendor with samples of his products, and I wound up buying a really tasty chamomile-rooibos-mint blend.

Sugar Cakes was incredibly crowded, with diners spilling out into the tables on the sidewalk and a line out the door. Despite the demand, the staff somehow managed not to to seem harried or impatient. However, due to the noise and the lack of outside tables I did decide that we should take our food home rather than subject the baby to such massive overstimulation.

As a result, I have no photos of what we ate, such as the really flavorful and decadent tomato soup, so have a look at these delectable baked goods instead. I definitely plan to eat some of them when I am back on dairy and can have something with that much butter in the dough! A slice of the quiche that some of the other diners appeared to be enjoying tremendously wouldn’t be a bad idea either. 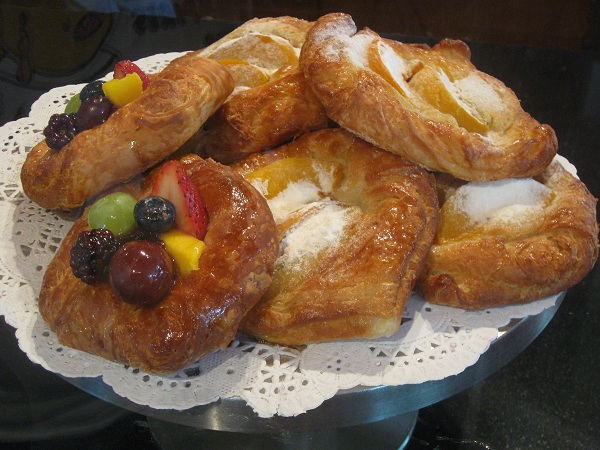 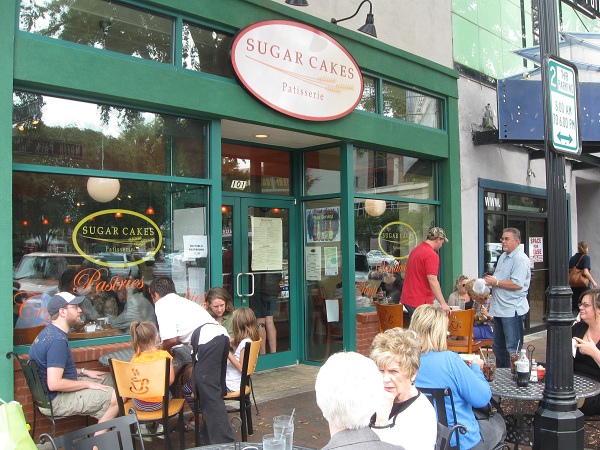