In January, I wrote about the popular Nuevo Laredo Cantina, and noted then that every three or four months, I get a little peckish for El-This-Los-That Atlanta-styled “Mexican” food. The story goes that the red sauce-and-cheese style of Mexican food – the sort of place where, in the late 1980s, we all gorged on cheese dip – was brought to Atlanta by the founder of the local chain of Monterrey restaurants around 1974.

One of Monterrey’s longest-lasting competitors is Jalisco, which has been serving up chips-n-salsa and goopy, melted white cheese in the Peachtree Battle shopping center since 1978. This was, once, one of my favorite places to eat. Any opportunity from, say, 1989 to 1993 to get some dinner here and do some shopping at the dearly missed Oxford Books was one that I always took. 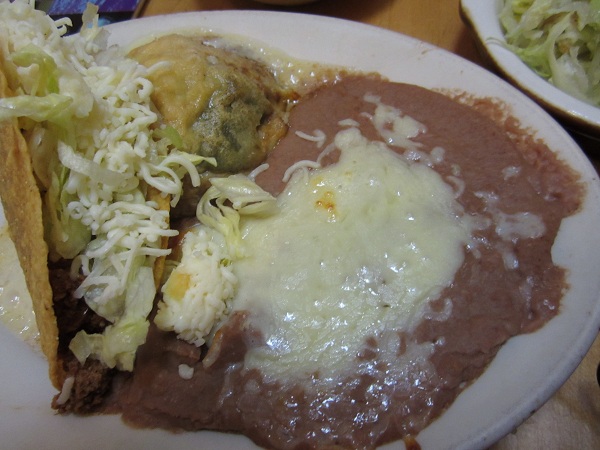 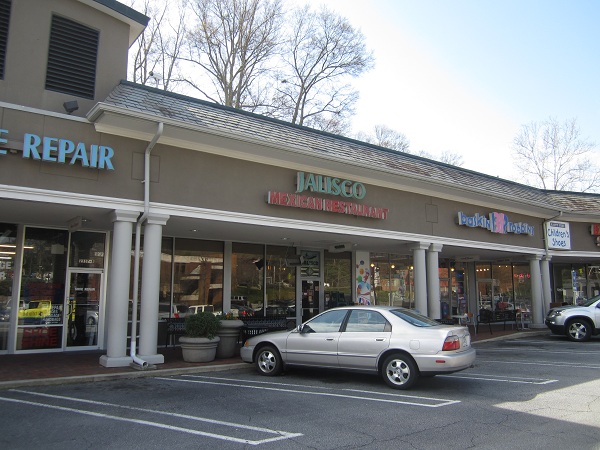 Well, sure as shooting, it had been about three months since I last filled my arteries with all this tomfoolery, and, one day last week as I was idly flipping around on Urbanspoon wondering what I might get for lunch, Jalisco popped up. I thought that it really had been a long, long time – at least ten years if not more – since I visited this place, and that I was overdue.

I got to Peachtree Battle a little early – all the better to look at the very silly tchotchkes at Richards Variety Store and wonder how in the world this place sells enough to pay its ground rent – and tried to remember how their table salsa tasted. I had completely forgotten. You eat at enough of these places, you start to figure that some of this table salsa is coming off the back of a truck somewhere, because it all tastes the same. Jalisco’s is different; it is made fresh daily and somehow never quite comes out the same way twice. I must have come on one of their best days, because I finished two bowls of the stuff.

I ordered the lunch special #1, which is not the least healthy choice on the menu. It has a taco and a chile relleno with refried beans along with a big glop of guacamole over some shredded lettuce. Nothing here is traditional and nothing here needs to be. It is simple Tex-Mex comfort food in an old-fashioned strip mall restaurant that successfully shuts out the world of Peachtree and Buckhead and gives you attentive service and a reliably decent meal. This isn’t anything to thrill about, but it’s a great place for either a slow and quiet lunchtime read or a crazy and loud night out with several friends in the evening. It’s been here for 34 years and I hope it’s with us for at least the next 34.