From what I know of Atlanta’s history, the East Atlanta neighborhood was thriving from the 1920s through the 1950s, which is when the building that is home to Holy Taco was built. It’s an old service station and garage that, like its peer on the other side of the street, was abandoned in the late 1960s, around the time that East Atlanta itself suffered the economic strain of white flight to the suburbs.

After the neighborhood began crawling back to life, and making a name for itself as kind of a kid cousin of Little Five Points, but without any record stores, the long-vacant building was refurbished and turned into a quite nice restaurant space in early 2002 when Nicolas Bour and Lein Schoe opened Iris here. After a four year run, Iris closed, and was replaced by Crave for a couple of years before it too shuttered. Under the aegis of Chef Robert Phalen, the space was then transformed into Holy Taco. The garage opposite it, despite all the comings and goings and neighborhood improvements, remains an ugly eyesore marked with graffiti.

Phalen’s southern cuisine cred is quite established by now. He studied at Ole Miss and at some college in Charleston that doesn’t have a football team, and then spent some time working with Shaun Doty at some joint here in Atlanta before going off on his own venture, opening Holy Taco in 2008, and One Eared Stag last year. The result is neither traditional Mexican nor American Tex-Mex, but something inspired and original. This restaurant’s tacos – priced between three and four dollars each – are packed with flavors and quite curious blends of ingredients. I started with some double-layered chips served with an Ecuadorian-inspired salsa, and then dug into three of these fun offerings. 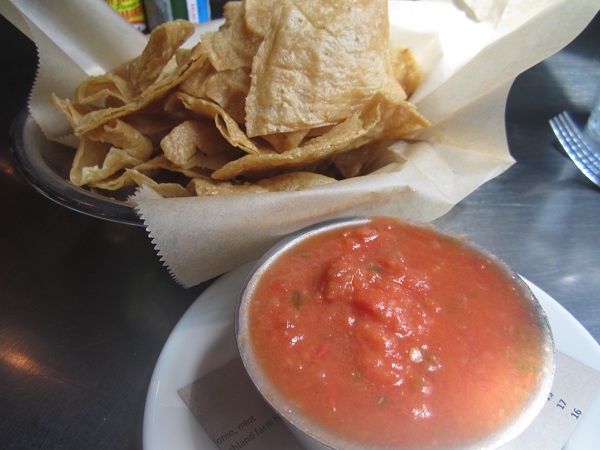 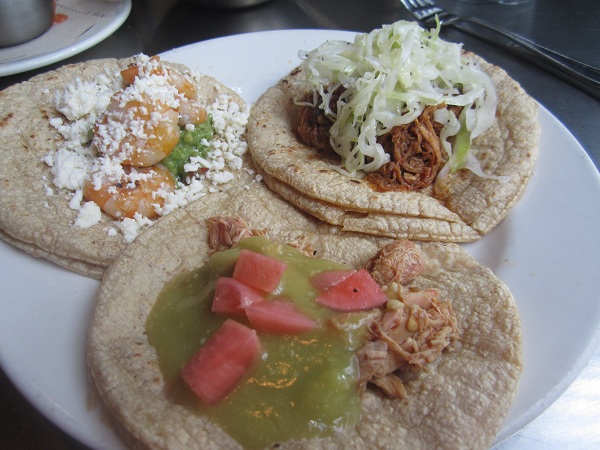 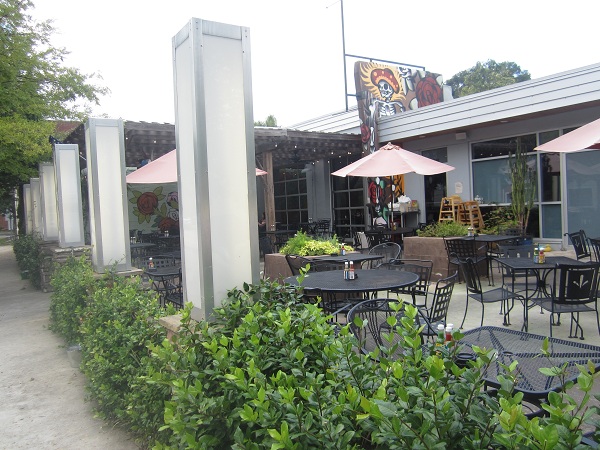 Holy Taco gets almost all of its ingredients from local farms and suppliers, with an ever-evolving list on one of the interior walls. They shoot for sustainability, and there’s the price trade-off. You get better quality ingredients here, that taste better and are better for the economy, and you pay just a little bit more.

I kept things quite simple, with shrimp, roasted pork and chicken tacos, and really enjoyed the flavors in each. The shrimp comes with guacamole and a good handful of crumbling queso freco. The chicken has a tomatillo sauce and radishes, and the pork comes with a scoop of vinegar-heavy slaw. The pork was the least exciting of the three, but all were very good and really satisfying.

It was a fairly slow afternoon for the restaurant. There were a handful of guests enjoying the patio, but I was the only one indoors, with a book. It is possible that word might have got out that the bank next door is being extremely unfriendly and a downright bad neighbor by booting cars that use their gigantic lot to visit the neighborhood, a frequently-heard complaint about East Atlanta in general, really. Holy Taco does have a fairly small lot behind it, and there is some street parking available, so don’t let the area’s reputation scare you off; just come outside peak hours, I suppose. Bring friends and you can enjoy socializing on the wonderful patio, and wonder when somebody will gentrify that crumbling old garage across the street.

Other blog posts about Holy Taco: