A few weeks ago, after a trip to Bhojanic sparked hopes that I might find some reliably good Indian food in the Atlanta area after all, I made a shortlist of four to try. First up was Planet Bombay. It’s located in Little Five Points, across the street from the Junkman’s Daughter, in a space that has been home to more than one Indian restaurant. I believe that the business that preceded Planet Bombay here was called Curry House, and it closed in 1998. Planet Bombay opened here soon after, but I have spent many years being mistaken on one point. I honestly thought that this restaurant used to be located around the corner on Euclid and moved here, but that seems not to be true. Does anybody remember what that Indian restaurant that was on Euclid, a couple of doors down from where Criminal is now, was called?

I was a little disappointed that the menu available on Planet Bombay’s web site was quite out of date, particularly in the ever-critical pricing department, but I had a pretty good feeling that I would get something memorable here, and it carried me past the sticker shock. Last month, Eater Atlanta asked several of Atlanta’s better-known chefs where they enjoy going out to eat. Mike LaSage of Bone Lick BBQ mentioned Planet Bombay as a reliable place, “terrific for melt-your-face-off, hot-as-hell Indian”. I licked my lips and got ready for action. 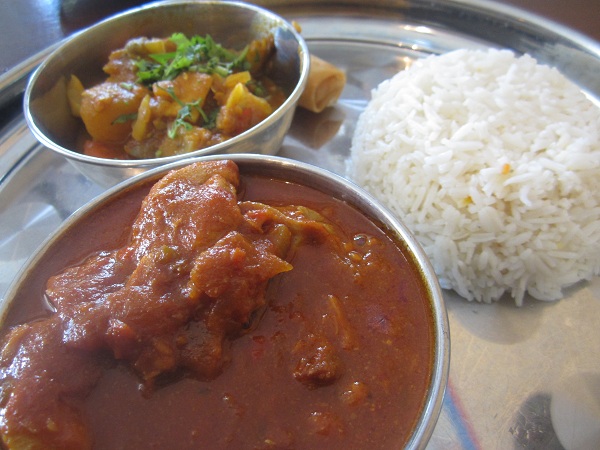 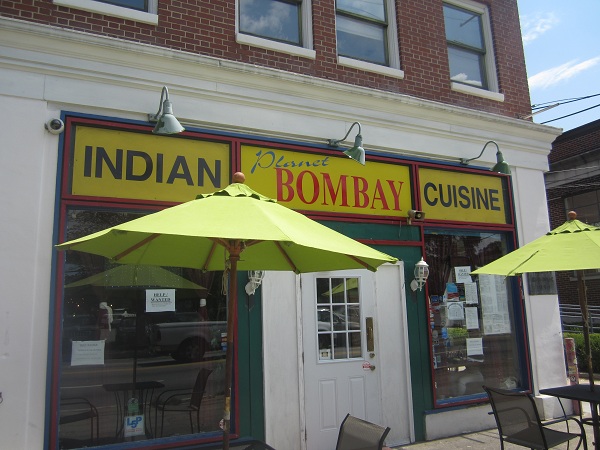 I elected to keep it very simple – and, let’s be honest, because I’d already paid five dollars to park, very cheap – and simply ordered the chicken curry lunch special along with an order of garlic naan. The server asked me how spicy I would like it. I told him not quite as spicy as their most powerful, but close. He then asked, “on a scale of 1 to 7?” I thought for a beat and said five and a half.

You certainly get a decent amount of food for your money here. They start you with a small bowl of miso soup and then serve the meal with rice, a spring roll, and a bowl of curried vegetables. I dug in, and it fought back. This was not quite the spiciest meal that I’ve personally tried, but it certainly ranked up there. The chicken was so good and tender, separating with just a touch of my fork, and it was cooked in such a delicious and rich blend of incredibly hot spices. The spring roll was nothing special or unusual, but everything else was very tasty and completely wonderful.

Overall, of the two, I believe that I preferred Bhojanic for the competing fun flavors, while Planet Bombay, on this visit, was all about the heat. “I maybe should have stuck with the five,” I told my server. “That extra half was just asking for it, wasn’t it?” I’m aware that there are certainly more interesting and complex flavors available here, and once I have tried a few more of the Indian places on my new short list, I would very much like to return.