A few Saturdays back, Marie and I were planning to stay in our neck of the woods for supper, having already spent the afternoon inside the perimeter. She said that she was in the mood for Thai, and a quick look over Urbanspoon pointed us toward Izumi, a restaurant on Towne Lake Parkway in Woodstock. We’ve driven past this place many times before without really noticing it. It’s on the corner of a strip mall with a quite nice patio out front, and since this was just about the first Saturday evening in living memory that wasn’t boiling, we enjoyed kicking back outside with three dozen or so other diners, enjoying the music of a good singer and guitarist named Sonny Legaspi.

We have mentioned in several recent chapters that we have enjoyed visiting the Buford Highway corridor for authentically-prepared foods from Asian nations. Implicit in these statements has been the suggestion that what we mostly see outside of these authentic joints that cater to people looking for traditional recipes is, frankly, anything but traditional. I’ve mentioned previously that the suburbs are the home of what I call Happy-This-Golden-That restaurants, and I wondered, as we looked over the menu, whether, despite Izumi’s popularity, we were in store for one of those.

Last month, we introduced you to Tin Drum Asia Cafe, a small chain that draws its menu from several different traditions and encourages guests to mix and match. Izumi doesn’t have quite the same sense of playful experimentation as Tin Drum; it is just a deep, dense menu full of dishes from all around that continent. Thai curries, a long sushi menu, Chinese-American mall food, bento boxes, gyoza dumplings, and bowls of pho all jockey for attention, making this feel like the living definition of a restaurant being a jack of all trades. I was very pleasantly surprised to learn that they mastered at least one of them. 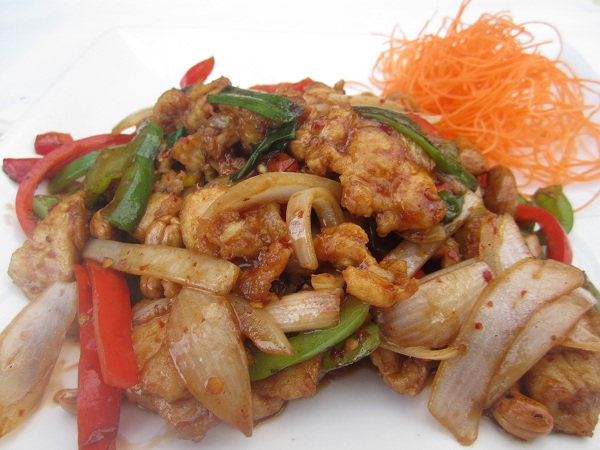 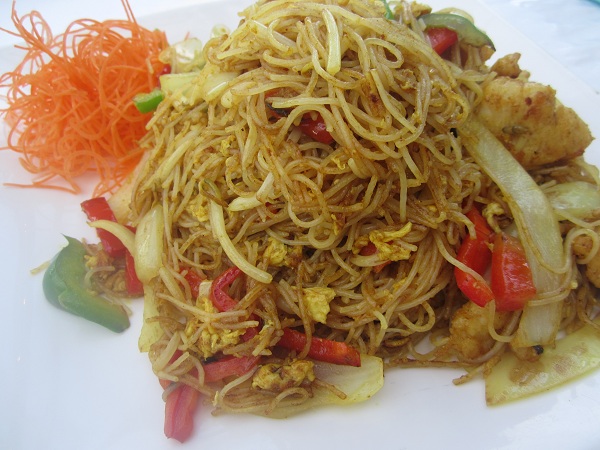 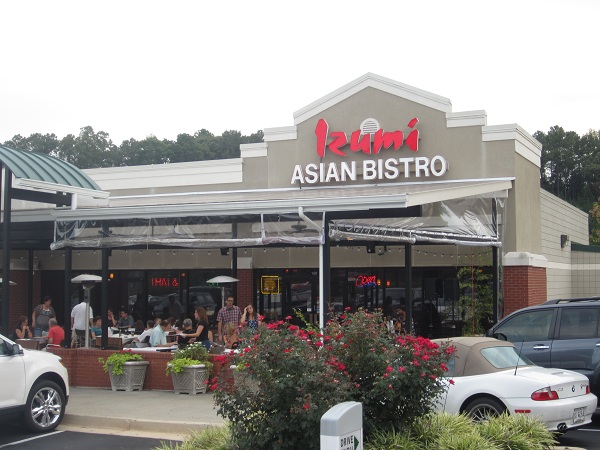 I asked the owner, On Eng, how he arrived at such a disparate menu. He told me that when he opened this first location in 2008 – a second has since appeared in Alpharetta – it was a Thai restaurant with a few Chinese-style dishes. Over time, however, guests have asked for the additional dishes that made their way here. I suppose this is an example of necessity birthing invention. A few days after we ate here, I swung by Lee’s Bakery to pick up a couple of bánh mì sandwiches for Marie and I to enjoy at lunch, and then counted the number of places that I saw on Buford Highway that seemed to sell pho. Between Lee’s and I-285, I counted seven. But, you know, Woodstock really is a ways from Buford Highway, and there aren’t any pho joints between here and there . We don’t object to a sixty-mile round trip – in fact, we hardly notice it – but we are pretty far in the minority, too. I can certainly imagine a guest who lives in Woodstock mentioning that they had a bowl of pho when they were out that way, and wished they could get some without going so far, particularly as we observed groups of several families meeting up here. And so Eng adds it to the menu.

I had a spicy cashew chicken dish and it was not bad, but hardly exciting. It had the same, tame quickly-vanishing flavors of every Happy-This-Golden-That joint or a scoop of the goo at a Panda Express. I shrugged and was ready to move on; we’re not obliged to craft a chapter for every meal that we eat, or every new place that we visit.

But then I had a bite of Marie’s Singapore noodles. Yes, even though we went to this place because she was looking for Thai, she ordered Singapore noodles, and they were completely terrific. And they’re apparently not traditional, either. Nobody in Singapore actually eats curried vermicelli, but people in Hong Kong do and say that it’s from Singapore. The simple dish made its way to many American Happy-This-Golden-That places as they got started in the middle of the last century. But while it may be simple and nontraditional, they make it really well here. In stark contrast to my own forgettable and inoffensive entree, this was really packed with flavor and surprising in the nicest way.

So yes, for those of you keeping score, this was another case of menu envy, probably the eighty-ninth time in 560 chapters where Marie ordered something that kicked my entree’s rear. Perhaps one day, I’ll learn and let her order for me. I’m not certain how much Izumi will reward experimentation, or whether their sashimi might satisfy the snobs in the region, but I would not turn down another visit.