I decided to treat myself to a nice lunch a couple of Fridays ago, and made my way to the Westside Provisions complex on Howell Mill. I’d parked here once before, about a year previously, when the family all met up with some friends from Nashville at Osteria del Figo, and was generally aware that there was another good restaurant or two in this complex, but I’d never visited any of the others, and never walked around. What an incredibly nice place this is! The management has done a super job making this old industrial facility – a hundred years ago, part of this was a meat packing plant – into a really great pedestrian mall, full of bridges and little hidden treasures – Oh! So that’s where Ormsby’s is! – and honesty, every retail space in Atlanta should look half this good. And on the back side of one of the large buildings, Ford Fry’s JCT Kitchen has been packing in crowds for about five years.

The template here is southern food with flair, and while that’s been used at a few places before and since, the streak of playful originality here really makes the flavors shine and the dishes feel truly unique. Fry and chef de cuisine Brian Horn made sure this place had an excellent reputation long before Marie and I started blogging, and I really was spoiled for choice among all the enthusiastic recommendations out there. I thought about the restaurant’s fried chicken. There’s an emphasis here on farm-to-table cooking, and the chicken is from Springer Mountain, the same farm that supplied the excellent bird at the crashed-and-burned – albeit better than most claimed – LeRoy’s. I decided against it purely because Marie and I had some great fried chicken on the agenda for Sunday afternoon. I had a glass of Long Day Lager from the local Red Hare Brewing Company while I considered. I had not heard of these guys before; it’s a very smooth lager, and went well with the sweet salad that I ended up enjoying. 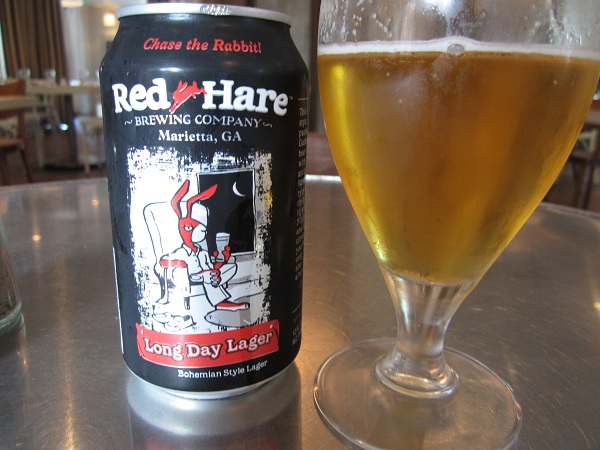 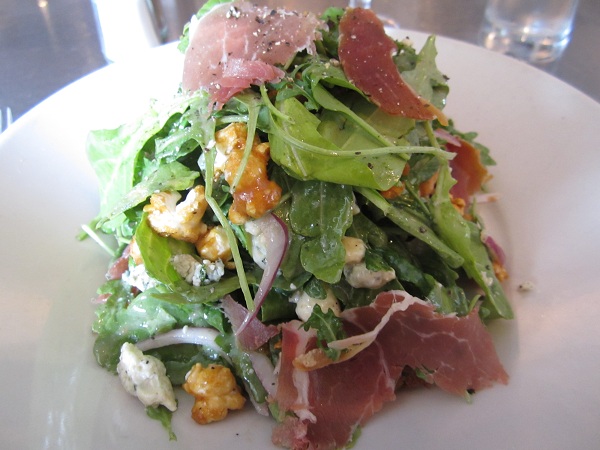 After toying with the notion that I might want the shrimp and grits, I settled on the Cracker Jack Salad, and really enjoyed it. Buried underneath a mountain of arugula, bleu cheese, country ham, a sweet apple vinaigrette dressing, and, yes, caramel-coated popcorn, there are two small portions of pork schnitzel. In Lindsey’s review at Adventurous Tastes (linked below), she mentioned that she had the small appetizer version of this salad that came with a special Sunday prix fixe meal that she enjoyed, and I figured, rightly, that the full version would be a treat and it was. Everybody’s eyebrows raise when I mention that this salad includes some cracker jacks like you’d find in a box. My eyebrows did, too, but it works really well. 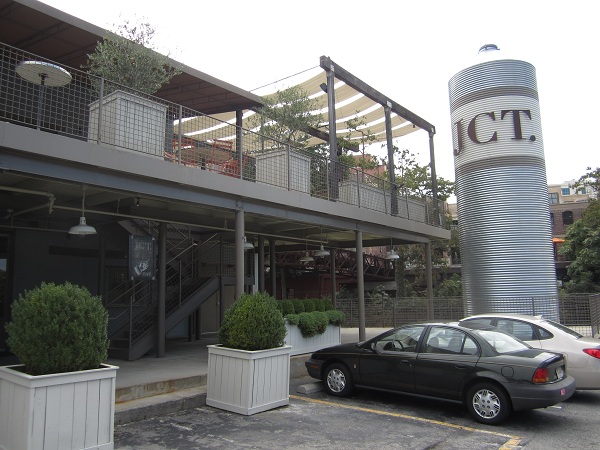 The restaurant filled up quite quickly behind me. Despite the fact that the fads and trends have moved on to other places, and Fry has his eyes on his newer restaurants, No. 246 and The Optimist, as well as this place, it is still extremely popular, particularly on weekends and for birthday lunches. It is certainly worth a visit, and certainly worth making a reservation. As the restaurant filled up behind me and I finished my book, I was glad that I arrived just as they opened, so I could get out of their way.

Other blog posts about JCT Kitchen: