Despite the meticulous planning of the South Carolina trip, Marie and I are totally capable of making an agenda and then allowing it to just fall apart on us as the day goes on. I had thought about doing a detailed barbecue tour of northwest Georgia, sampling about four different places, one Saturday in October. We decided to schedule the trip on the weekend that promised the best fall colors and spend a good chunk of our day at Cloudland Canyon. This is a quite toddler-unfriendly destination, so Marie started the morning by dropping the baby with my mother and then, a little after ten, the girlchild sufficiently roused from a late morning’s sleep, the three of us got on the road to Calhoun.

Cloudland Canyon is one of those places that defines the phrase “you can’t get there from here.” The quickest way there is probably to go up to Chattanooga and take I-24 west, and then I-59 south into Dade County. The more direct, and much prettier way, is to use GA-136 through a big national forest and go up and down a mountain or two. So we started the morning with an early lunch at the improbably named Dub’s High on the Hog before making our way up a long connector highway to GA-136.

Dub’s, which is located below the street level and does not have a sign at all, made me so very glad to be back in Georgia. Over the previous two days, I had sampled a lot of barbecue all over South Carolina, and this good stuff was better than at least ten of those places, easy. The restaurant opened in 2005 and they smoke over hickory for twelve to fourteen hours with an awesome spice rub. The meat comes out tasting smoky and absolutely full of flavor. 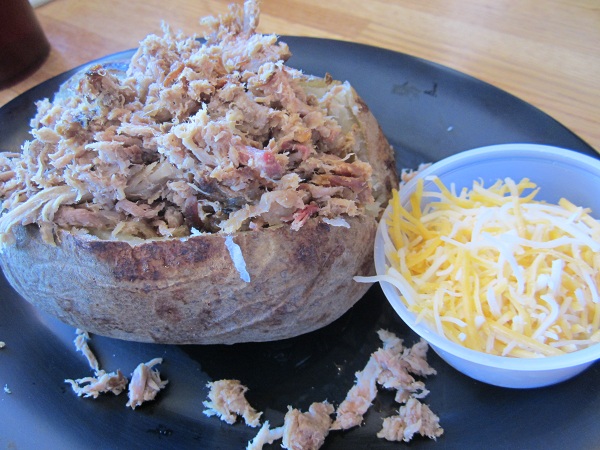 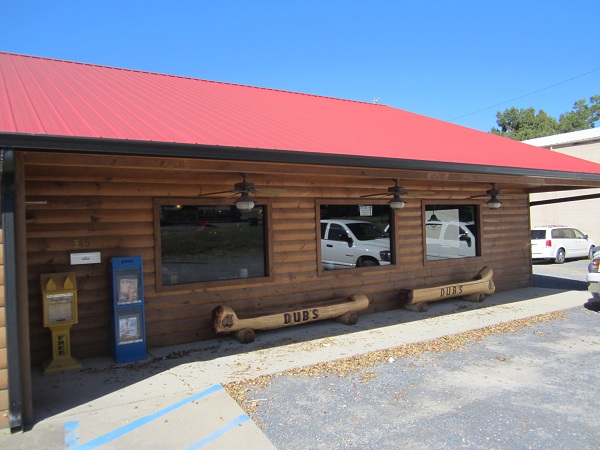 Dub’s is very much a Bulldawg barbecue joint, which was nice, not just because everywhere I’d been the last two days, I’d seen nothing but Gamecock maroon and Tiger orange, but also because I had the sour taste of UGA going to Columbia and getting utterly clobbered two weeks before. This was the day of the big game between the Gamecocks and the Gators, forcing me into the ugly situation of hoping that Florida would win. It was good to spend the better part of an hour surrounded by red and black to get through such heretical thoughts.

It was also nice to have the chance to kick back and slowly enjoy a meal at a leisurely pace, which I just can’t do when I’m on a circumnavigation tour, and also spend time with my two favorite ladies. Marie decided to try one of the barbecue spuds, which has some smoked pork as a filling for a big baked potato, and my daughter dug into a mammoth bowl of Brunswick stew. I had a sandwich with a side of beans, and sampled from Dub’s three sauces: Dub’s Original, a red-brown tomato-based sauce with a hint of vinegar, Red Reserve, which is a spicier version of the same, and Sweet & Sassy, a brown Kansas City-styled sauce. We all enjoyed the Red Reserve the most, but agreed that the smoky, rich meat is just fine without a drop of any. This was an excellent meal, and one not far from I-75. It is certainly worth remembering for anybody traveling the interstate, although you’ll have to drive slowly and look out for the building itself, since there aren’t any signs.

We timed the meal perfectly, since that gave us about an hour for our food to settle before we got to the state park. The ride was a bit longer than planned; west of Lafayette, GA-136 was closed for repairs, forcing drivers into a very lengthy detour – about ten miles – until it reconnects. The park was phenomenally popular on this weekend, with no campsites available, and not a lot of parking left. Travelers had come from all over the southeast to marvel at how beautiful Cloudland Canyon is when the leaves change. 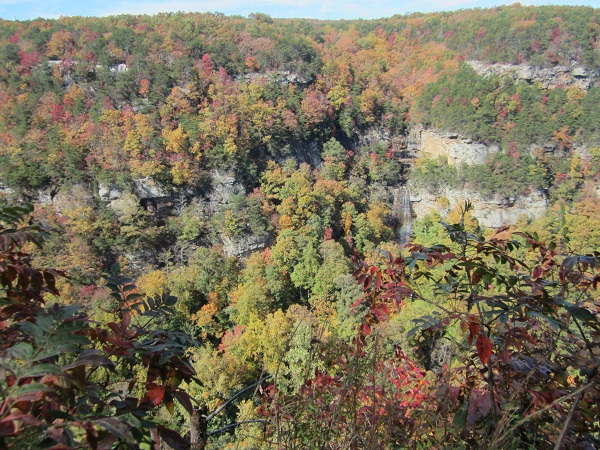 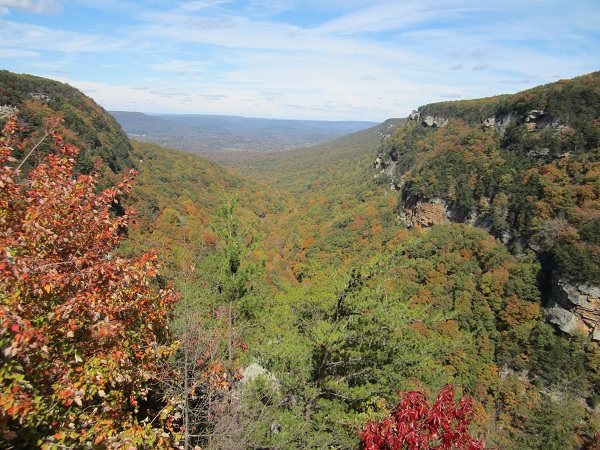 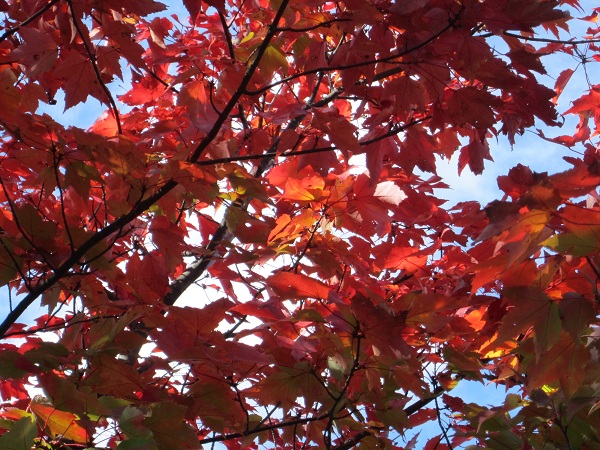 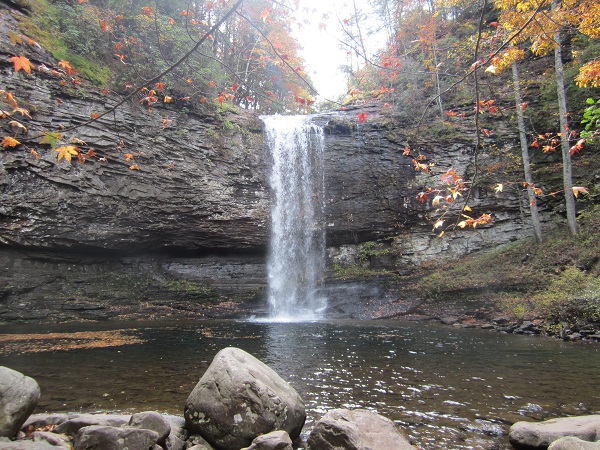 We spent several hours here, and didn’t wish to leave, but we were meant to be on a barbecue tour. That sort of got derailed by a combination of common sense and exhaustion. More on that in the next chapter, when the road takes us down to the Free State of Dade.

5 thoughts on “Walking Around Cloudland Canyon”