We got very lucky about finding lunch in Ohio. We dropped Marie at the facility where she was training the team there and got to meet some of the group. They had a ball getting to see the baby they’d heard so much about – and the teenager, I suppose – and were interested in what the three of us would be doing and eating during our time in Dayton. I mentioned that, among our destinations, we’d be visiting a popular place in town called the Root Beer Stande.

After we left for a morning at the Boonshoft Museum of Discovery, it occurred to one of Marie’s co-workers that the Root Beer Stande is closed for the season. So Marie and the team found a replacement suggestion, and, since I was trying out the GPS from Marie’s rental car – the girlchild named it “Scotia” – it was no trouble at all to find. This replacement was the B & K Root Beer a few miles up the road in Troy.

But before we made our way back to I-75 to head up to Troy, we played for what felt like forever at Boonshoft. This place is terrific. More than most children’s museums that we’ve visited, this one is really science-themed, with piles of fun and silly experiments for kids to try. The toddler area is a blast, with a whole lot of bouncing balls, and tunnels that are designed to look like a stack of cardboard boxes. It’s a two-story building, with a slide for the younger ones to go down, and a small zoo and aquarium. The baby had a blast trying to get a bobcat’s attention, and calling at the geese and turtles, while I was recoiling in horror from a moray eel, which nobody will list among the deep’s prettiest creatures. My hat’s off to the good people at Boonshoft; of the seven children’s museums that we have visited, I believe that this one has impressed me most. 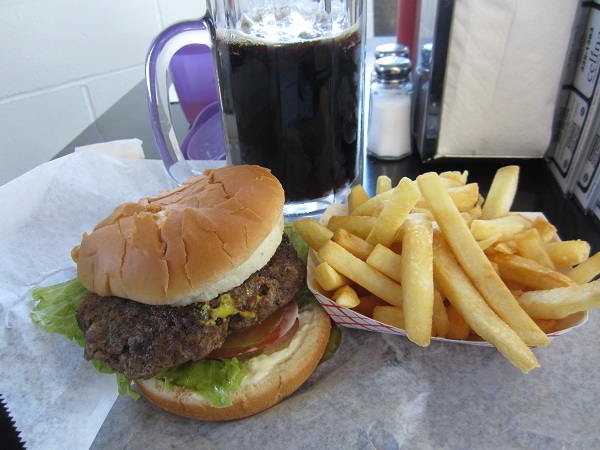 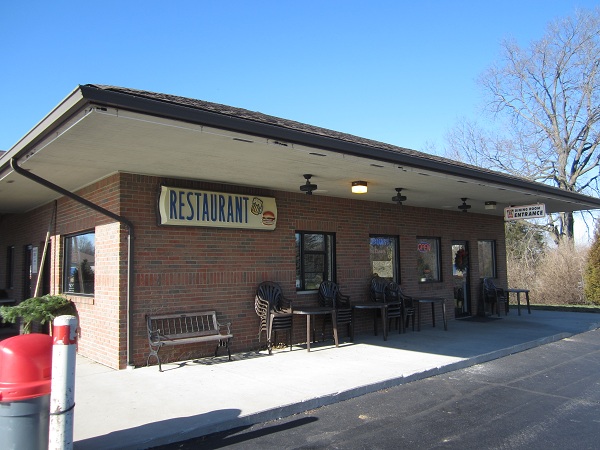 Anyway, we’d worked up quite an appetite for lunch after a couple of hours chasing the baby around this place, and while this old stand is located just a quick and friendly one-mile hop off the interstate, we first had a very frustrating experience actually finding the interstate – the GPS was unaware that several highway entrances and exits were closed for construction – and then a 13-mile jaunt up the road to the old place. Roadside Architecture has identified twenty-odd remaining stores from the chain’s peak, presumably in the 1960s, of 238. Each store – most of them are in Indiana – is independently owned, the chain long since dissolved. Either B & K or B – K seems to be acceptable; at one time it stood for Bergerson & Kenefick. In much the same way that the ECHL used to stand for East Coast Hockey League, now it doesn’t really mean anything other than “we’ve been here a long time.” I honestly had no idea that there were other, once-related B & K stores until we got home and I looked at the Roadside Architecture site.

The Troy B & K opened in the late 1950s and offers either carhop or inside dining. It’s a good place for basic fast food options, grilled to order, and excellent root beer made in-house. For five bucks and change, you can take home a gallon of this fabulous stuff; if we lived in the vicinity, we would certainly do that often. It is served, of course, in a frosted mug, and has a wonderful taste of vanilla, without too much foam.

They get their ice cream from Hershey’s, which we can’t get in the south, which is what satisfied the girlchild. I thought about having a hot dog, because I was amused by their menu term “slauce” to describe a dog with both slaw and coney sauce, but no, today would be a day of burgers, and so I ordered what turned out to be an awesome quarter-pound patty. Our next stop would deliver a much more curious and unique burger, but this would be the tastiest that I had all day.

The baby contented himself with fries and ice cream, but didn’t have much of either. This whole trip, and Mommy’s mysterious absence, threw him off so completely that he waged what was effectively a hunger strike until we got back to the hotel hours later and gave him a bottle, which comforted and settled him.

There are two B & K Root Beer locations in the Dayton area, the other about fourteen miles up the road in Piqua, which is probably far enough away that most folk wouldn’t still call it “the Dayton area.” Then there’s another one about fifteen miles further up the road from Piqua, in the town of Sidney. The next one that direction is a pretty sizable detour west of Lima, in Van Wert. The others are either in the big suburbs south of Cleveland, or Indiana. I mention this because, had the road taken us to Dayton to live, then it’s a dead cert that one Saturday in the spring, you’re darn right we would have hit all four western Ohio stores in one fine roadtripping day.

Other blog posts about various restaurants in the region that are called B & K: