Several years ago, an online buddy of mine named Michael came from California to meet in person the sixty-eleven friends that he’d made in Atlanta. The trip worked out really well for him; one of those circles of friends had another friend visiting from Jacksonville. They met at a party and hit it off so well that she moved out to California to be with him; they’ve been happily married for about six years now.

Well, I got just a little bit of time with Michael in between his dozens of social engagements, and took him out for supper at a nearby barbecue place and showed him the Big Chicken, and he told me how he had been settling in to Georgia cuisine. The thing he’d found most baffling, so far, was what passed for Mexican food. Some of his friends had taken him to their local chips-n-cheese-dip palace, Cazadores on Johnson Ferry. “They said they were going to bring out chips and salsa,” Michael told me, having grown up on a diet of interesting salsas in southern California, “but instead of salsa, there was this… marinara sauce.”

I’d been to that Cazadores myself many times before. I knew exactly of what he spoke. But then again, I’d been to every Monterrey and El Toro and Speedy Gonzales place in town and had the same “marinara sauce” at every one of them. It’s unfair to taint Cazadores with the exclusive connection between this salsa and that strikingly apt name, when everybody in the southeast serves it, but the mental connection was made, and stuck, and life is not fair. 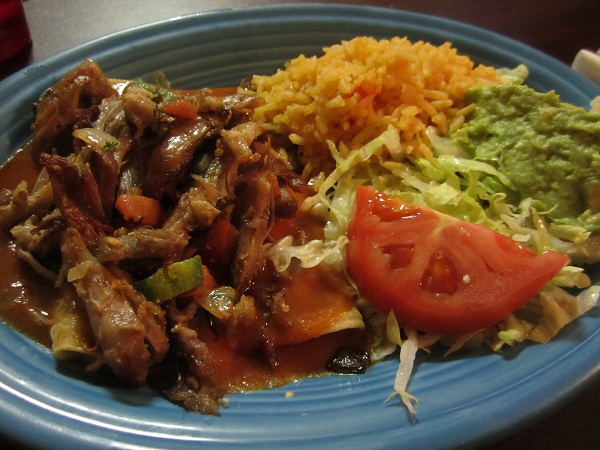 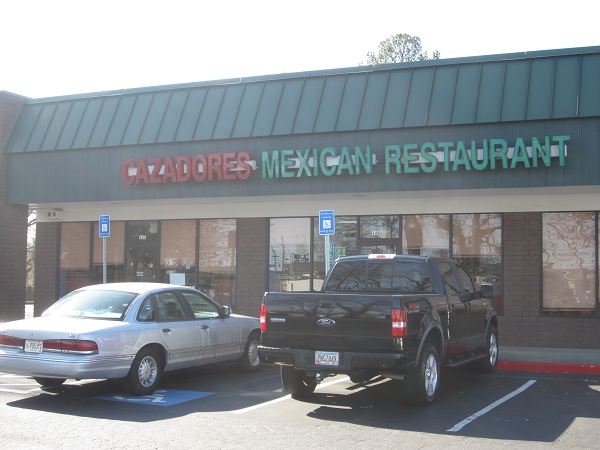 One night earlier this month, Marie and I had dinner with Emily and Adam, and the subject of the identikit Chinese places in our town, and our term, Golden-This-Happy-That, had come been raised, swiftly followed by our definition of Mexican El-This-Los-That places. We all agreed that Nuevo Laredo is the best of the style in the Atlanta area, despite some happy memories attached to some other places. These memories are probably more for nostalgia than for actual flavor.

But naturally, it had been just long enough since the last time that I went out for El-This-Los-That (Pancho’s, actually, in November) that my “every three or four months” buzzer went off and, the next night, we were out for chips and cheese dip and “marinara sauce” at the Cazadores nearest our house, down the street from Sprayberry High School. The original Cazadores is a few miles further north, in the Pope district, and has the reputation of being the better of the two.

We had enchiladas and tacos, and the meats, which taste so much like the food at everybody else’s restaurant that I’m certain they all come from a company that I call “Sysco of Yucatan,” were dry and predictable-tasting, and we ate our weight in food and none of it was bad and all of it was palatable. I thought about Michael and his wife, wished them well, and ate enough of that “marinara sauce” with my chips to last me into the summer, I hope.