Good grief, here’s a place that I noticed when I was out driving around with our friend David years ago. Years. It’s on Chamblee-Dunwoody right as it crosses Peachtree Industrial, the sort of place that you’ll see out of the corner of your eye and promptly forget. It’s been on a short list of places that I’d wanted to visit with David ever since, and, last month, we finally got the chance to stop by.

From the battle-scarred look of the parking lot to the quiet interior, this simply isn’t the most inviting establishment that we’ve ever visited, but Marie and the toddler and I had a really good meal with David all the same. We were a little baffled that the place was so dead on a Saturday evening, but we were assured that we were simply too early. The busiest times here are during lunch and later on Saturday nights, when one side of the restaurant is given over to a dance floor that stays open until three. 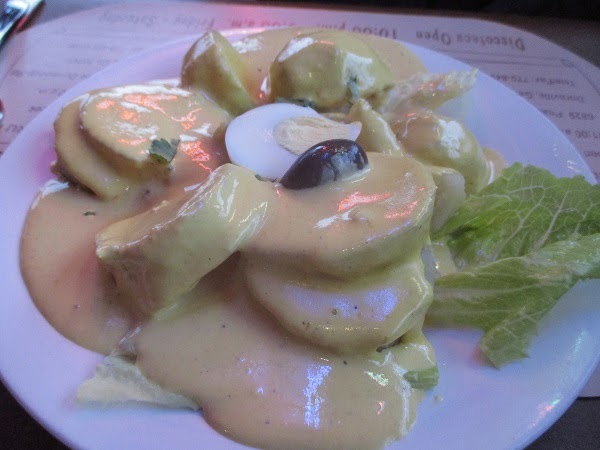 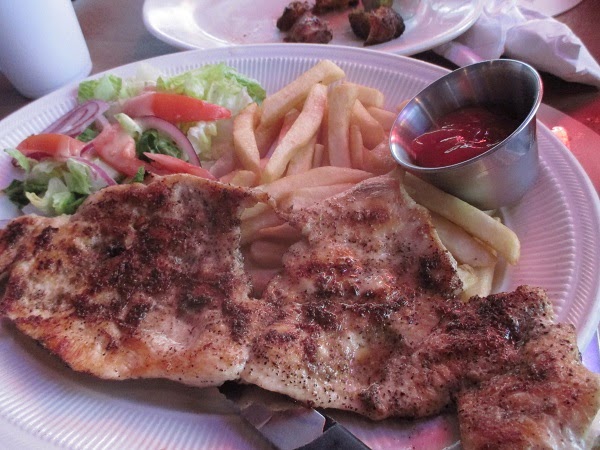 David ordered an appetizer called papa a la huancaina, which is a plate of boiled potatoes in a spicy yellow cream sauce, garnished with an egg and an olive. Marie had a chicken dish with fries and a salad, and I had a shrimp dish that came with potatoes and a mildly spicy sauce, along with some rice. We were very pleased by everything that we tried, and enjoyed sampling yet another take on aji sauce. 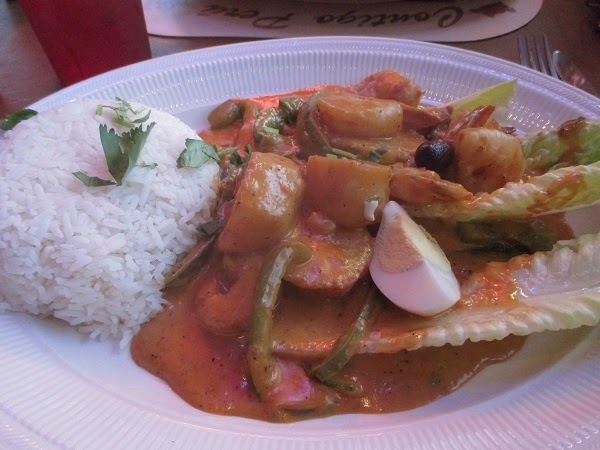 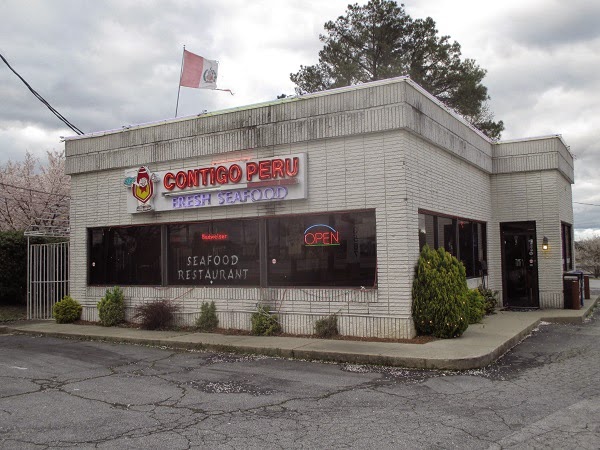 I’ve been curious about the wildly different recipes for aji sauce that we’ve tried. Like “barbecue sauce,” the name is almost meaningless on its own, since there are so many different tastes and textures associated with it at various restaurants. At nearby Machu Picchu, for example, it is a very spicy, thick, light brown sauce. Here, it’s not as spicy, but just as thick, and white and green. Our server assured us that theirs is a correct and traditional Peruvian recipe. Other places, in her mind, don’t do it right.

By the way, there seems to be a lot of confusion about the number of stores in this small chain of restaurants. According to the menu, this is store number two of two. There have been two other stores which are no longer in business, and whose traces are left here and there on Yelp or other sites. Apparently the other surviving store is in Lilburn, and the two that had been on Peachtree Industrial have since closed? If anybody knows for sure, drop us a line, would you?