And then there was the evening that Marie decided to test that old theory about a shot of tequila being good for a headache.

Some Saturdays back, we left the kids at home and went to meet our friends from Hot Dish Review and A Scrumptious Life for tacos and maybe drinks at the Brookhaven location of Verde. We’ve visited their other store, on Collier, before and had a pretty good meal. It turns out that we could’ve brought the kids, because everybody else in Brookhaven does. We passed by one mob of under-eights playing Extreme Hopscotch or something on the sidewalk, and when I asked the hostess for a table for five, she replied “Are there children in your party?”

Deeply nontraditional tacos are on the menu at Verde. Calamari tacos are popular here, and their best-seller is the buffalo chicken, with slices of celery. Honestly, though, margaritas are the best sellers. This is really a place to kick back on a patio with some adult beverages and guacamole while your children are running around yelling. 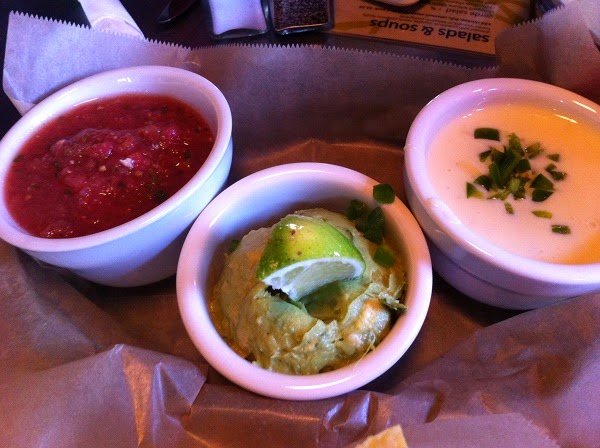 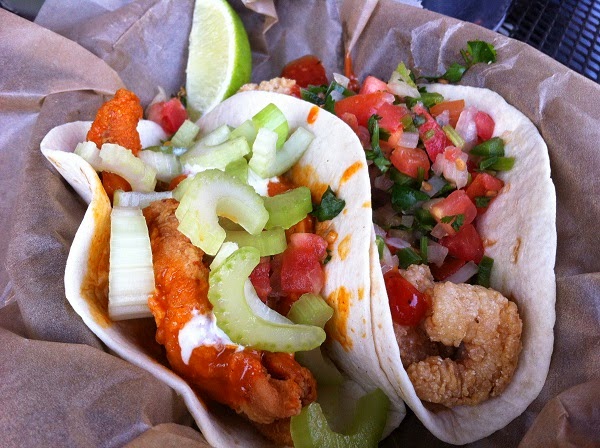 Marie cautioned me going in that her headache had become bad enough to kill her appetite, but she wanted to have a little time to be social without the kids, so she bravely came along. Then she surprised me by ordering a shot of tequila to numb her headache. Now, Marie’s total alcohol consumption in the last eight years is probably about seven and a half ounces. She just doesn’t like liquor much at all, but she’s read enough books to know that people, at least up until the mid-1920s, were known to have a shot or a dram of something to calm their nerves or such. So she gamely knocked the tequila back, and within two minutes, reported that her headache had been somewhat numbed, although she still felt awful. Having concluded that experiment, we’ll look forward to her next ounce of alcohol in 2015. 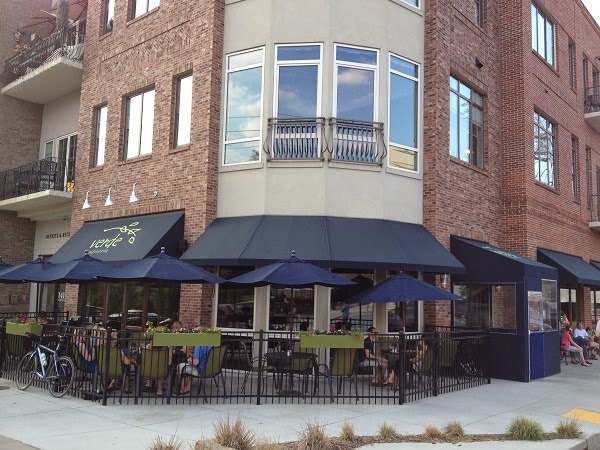 Marie said that she had a good time despite her lack of appetite, and I obviously ordered wrong when we went to Collier, because while I thought those were just okay, I enjoyed the tacos that I picked here a lot. No, these aren’t at all authentic – one of their occasional specials is a chicken parmesan taco, with a marinara sauce, which should settle anybody trying to make that argument – but they are pretty tasty, and our service was fantastic. This is a fine little place to go with friends when you want to kick back, be social, and possibly make daring choices from the bar menu.

(Having said that, at one point, the bartender somehow forgot to add the agave syrup to one of Hot Dish’s margarita orders. Fortunately, Serina didn’t ask me to taste it and see whether it seemed right, because the notion of a margarita without a sweetener just makes me cringe.)

Other blog posts about Verde Taqueria: