Some months back, when we visited Tasty China for the first time, I noticed that the strip mall on the other side of Franklin Road had a little grocery store in it, and, right on the sign next to it, the inviting word “Taqueria.” It may not be an absolute, but in our experience, you can usually get some pretty good and inexpensive tacos in the back of a grocery store. At this place, they’re more than just “pretty” good.

I did try some tacos once from a mercado about a mile away, but didn’t enjoy them too much. These, on the other hand, are amazingly good. We enjoyed steak, sausage, and chicken tacos – three plus rice and beans for only six bucks, or $1 apiece – and agreed that they were tremendously tasty. With drinks and a lettuce-and-tomato taco for the three year-old that he didn’t care for, preferring our beans and rice, this was a no-frills supper for under $20. Marie did not like the sausage as much as I did, but was exceptionally pleased with the flavor and the juiciness of the chicken. 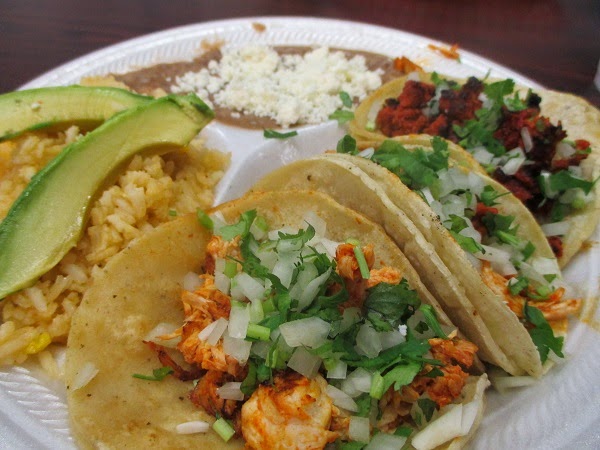 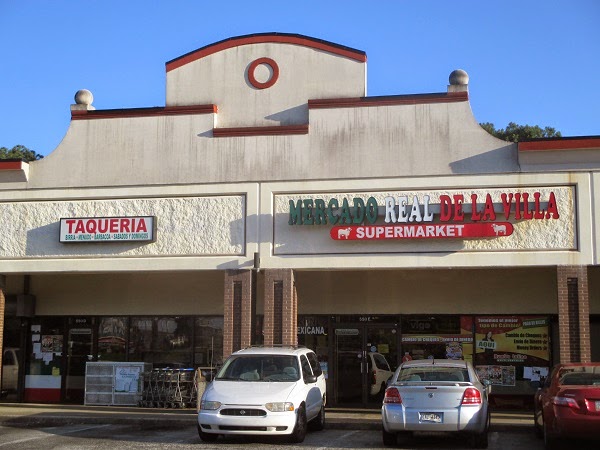 We even had live music, of a sort, when we first visited. Behind the little area for the taqueria, there’s a much larger space for the meat counter, with six or seven fellows back there taking orders. Business got a little slow, and so somebody turned up some music. As we ate, our attention was taken when one of the men took a break from carving meat to sing along very, very loudly with some sad song. He had quite a nice voice, and you could hear him in the parking lot.

The three year-old – I suppose we have to call him that instead of “the toddler” now, don’t we? – took a break from his rice. He gets new experiences everywhere he goes, and probably notices more conversations in other languages than I did at his age. But this fellow belting out his elegy for whomever, that was pretty new to him. I was about ready to look for a tip jar when he finished. We made a second trip a couple of weeks later, and when he started singing again, we both smiled.