This is Marie, contributing an article about Yo Bo Cantina Fresca, a brand new place in the Five Points area. It has another branch in Charleston SC which made it into the Huffpost list of places to visit there. Yo Bo uses Springer Mountain chicken and uses locally sourced ingredients where possible, according to their menu, and the food really tasted fresh and vivid.

The three-year-old and I had decamped to Athens to enjoy a mommy-son day together. We visited the truly wonderful Athens library, enjoyed some time in the Southeast Clarke Park, wandered about Bear Hollow, and imposed on some really friendly firefighters who showed a somewhat shy and very starstruck boy their engines and equipment (he said the next day he wanted to be a firefighter when he grows up). 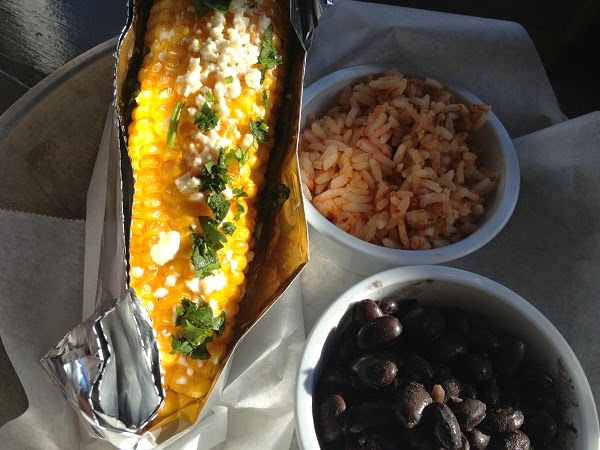 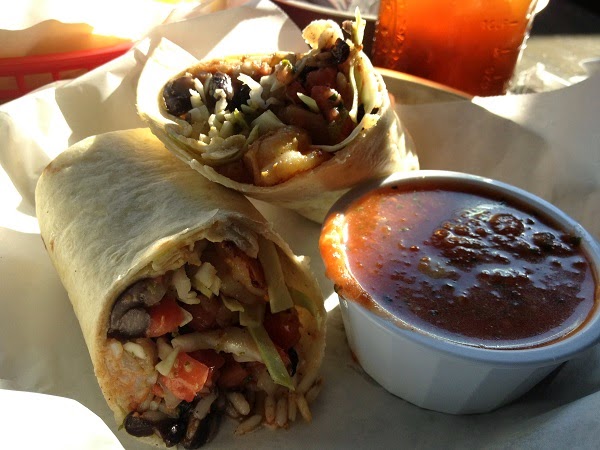 Yo Bo is described as TexMex and has quesadillas, burritos. salads and tacos; although I selected the restaurant in great part because my son had expressed an intense interest in beans and rice for dinner, the rest of the menu looks really interesting. I inquired as to the most popular items on the menu and was told that the Green Kahuna Burrito made the list. I’d been leaning to it anyway and was happy to take it. It comes with either fish or shrimp and I got the shrimp. In an abundance of caution I asked for them to go a little light on the jalapeno but probably could have skipped that. I will try it again at regular heat next time and see which version seems better. The cabbage makes for a really nice crunch and it’s very flavorful, with the tastes lingering on the tongue long after the last bite. 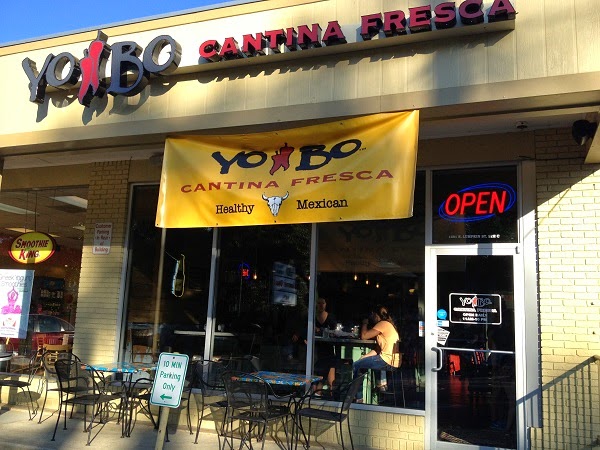 The drinks are served in Ball pint wide-mouth jars, which I found amusing because of all the canning I’d been doing lately. The kid’s menu only has quesadillas and tacos on it, neither of which the boy is terribly interested in. So I ordered him the requested beans & rice as side items, a little more expensive than planned but worth it. My attention was also drawn to the beautifully-described roasted corn, and we got that too. I was able to snatch three bites before the boy decided that corn was much more interesting than what he’d actually asked for. He ate with eyes blissfully closed and, though he’d been a little wild and wiggly (some decorative cacti were moved to a safer location on his behalf) he settled down and merely did a small happy dance in place while eating.

The location used to be Hubee D’s, which is also a small chain based in Charleston. While it is sad to see such tasty chicken tenders go, this is a highly acceptable replacement.

One thought on “Yo Bo Cantina Fresca, Athens GA (CLOSED)”