Marie and I were last in Tallapoosa four years ago, and while we’ve driven past many times since on our way to Alabama, it’s never been at a restaurant-convenient time, meaning that we have not stopped to get a good look at a dairy bar smack in the middle of town. It’s called Burger Chick, and there’s even a separate seating area in the building next door, a lot like Rosewood Dairy Bar in Columbia SC.

Since I have never run across any notes about this old restaurant before, I wasn’t sure what locals have been enjoying here for the longest, but fortune smiled on me before I drove over there. See, I was in the area on business, working a table at the Georgia Welcome Center about ten miles away, and I was right next to the representatives from Haralson County Tourism. I love it when a plan comes together! I told them that I was on my way to Burger Chick for lunch, and they suggested that I order a Big O Burger, beer-battered fries, and a pineapple milkshake. That’s precisely what I did. 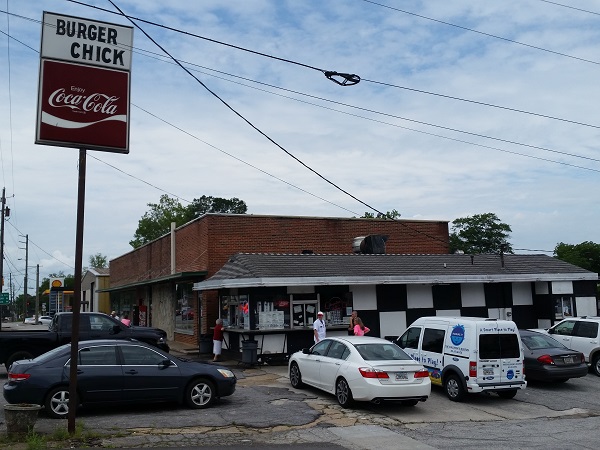 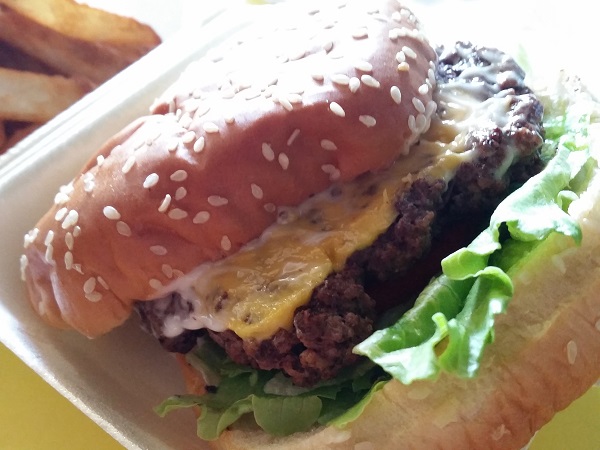 This isn’t, despite appearances, fast food. Most people place their orders and return to their cars, waiting to be called. The girl at the window told me it would be a twenty minute wait, but it was only about fifteen. None of the employees could tell me who the “and company” in the restaurant’s name during this period while my food was being made and I snapped some photos.

I was interested to see that they also offer standard crinkle fries as well as curly ones, but yes, the beer-battered style was probably the one to order. They were delicious, and the burger was pretty darned amazing for a three dollar burger. There are better burgers out there, but not very many for this cheap. I did sort of gently kick myself when I looked over the rest of the menu and saw that they make lots of other milkshakes in flavors I prefer to pineapple, including cherry, orange, and grape, but I told myself to follow the recommendation and that’s what I did. It was made with real pineapples, which made it a bit of a pain in the neck to drink in the car on the way back to Atlanta. Maybe they should ask their supplier for some wider straws for the shakes with real fruit in them!

Burger Chick (and Company) has been here since the 1950s, and the seating area next door has been the restaurant’s since before 1979. One older fellow I spoke with told me that it had been a Firestone tire store before they moved some tables and chairs and old booths in to the place. 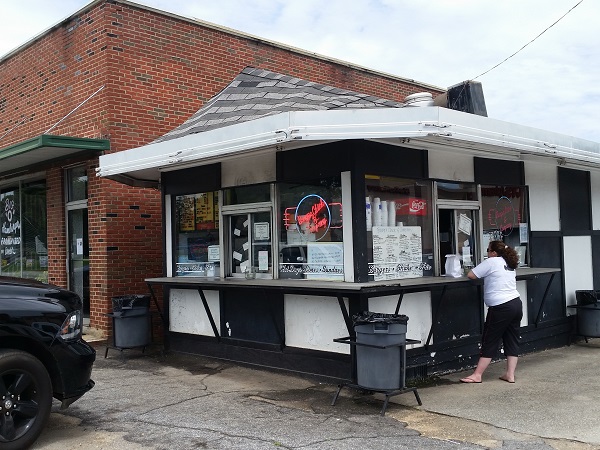 That was a very good little lunch, but I’m also glad that I drove over to Tallapoosa because I was pleased to see that the town of about 3000 is supporting three different barbecue restaurants within walking distance of each other. Turn Around, which we visited on that trip four years ago, is still there, as well as Owens, which is run by the same family who own Burger Chick, and also Sue’s BBQ and Steakhouse. When you add in a few places in the Villa Rica and Carrollton area that I’ve been needing to sample for ages, that all sounds like a good day’s eating, doesn’t it?