This is Marie, contributing an article that is, as is my habit, mainly about desserts. As my age increases and my waistline decides that it’s worked hard and long enough and mid-40’s is a good time to give in, these treats have to be slightly less frequent and a good deal less voluminous. Therefore it’s really important that they be superb, don’t you see! I can’t eat an entire bag of Hershey’s Kisses without serious consequences, nor do I actually particularly want to any more.

However, there is someone in my life who has the energy level and metabolism to get away with that when he is old enough to start getting an allowance…so it is critical to give him a taste for the good stuff early so he doesn’t do what I did the first time I realized that I was in possession of funds that would cover the cost of a whole bag of candy, and that it was actually possible to eat more than the three pieces at a time doled out (infrequently) by my mother. Sensible woman, really. Pity she had to deal with a daughter who had a sweet tooth larger than the rest of her head. 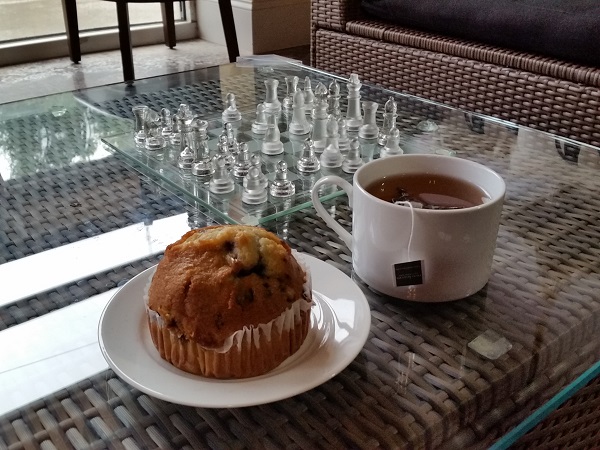 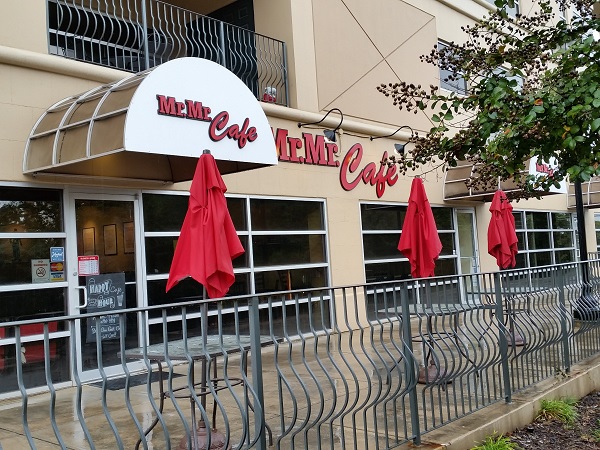 So anyway, on to the treats. We stopped at Mr. Mr., a cute little coffee and tea place on Baxter, across from the student dorms. Given that we were planning to eat at several other places that day, the purpose of the visit was just to give me a restorative hot cup of tea, and the little guy a muffin the size of a softball to fill his cavernous growly tummy. He consumed a really good blueberry muffin with such enthusiasm that the crumbs became ground into the knees of his pants. You have to be in possession of a four year-old to know how that happens.

I got hold of a taste while he was rolling around in bliss on the couch behind our table (thankfully not leaving any visible crumbs there), and can vouch that at even in midafternoon the confection was still moist and tasty. And the tea was just right for a wet, cool day. We enjoyed watching the boy enjoy himself, and then moved on to the library where we demolished two whole rolls of pennies in the donation “whirlpool”. We actually had to take a reading break between rolls because he was too loud in his enthusiasm for watching coins spiral down into the hole. 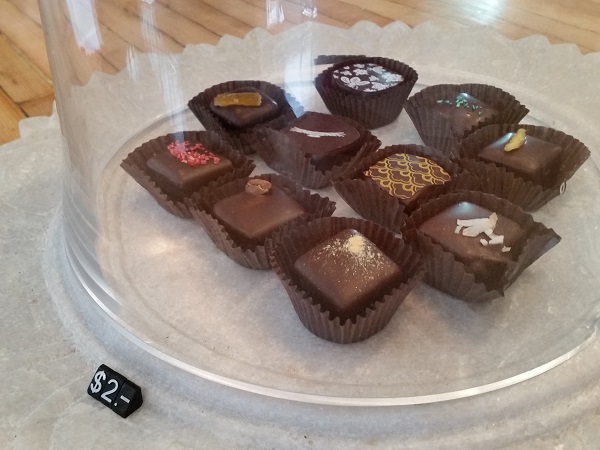 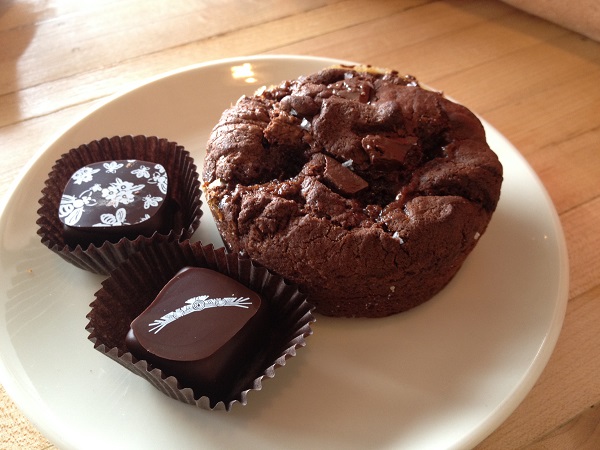 After the rain let up, we took a trip down to Five Points and stopped in at Condor Chocolates for a little snack. We shared a chocolate milk, a sea salt brownie, and truffles made with their house blend of Ecuadorian fair trade chocolate. They had a tray of raw beans out behind the counter to sort before roasting and I asked a couple of questions about the process. According to their web site, you can actually watch the chocolate being made, if you come at the right times. One day I will want to do that. Nick and Peter Dale are the owners; their mother was from Ecuador and they got to spend a lot of time there and fall in love with chocolate along the way.

We had to pick their dark chocolate truffle because of my usual policy that if a business puts their name (or in this case, logo) on a product, it has to be the best representation of what they do. It’s dark, intense, and nicely balanced between bitter and sweet, with a nice firm chocolate shell and fudgy inside. It was the little guy’s favorite and he stole part of mine because I was nibbling on it so slowly. Rotten opportunist. 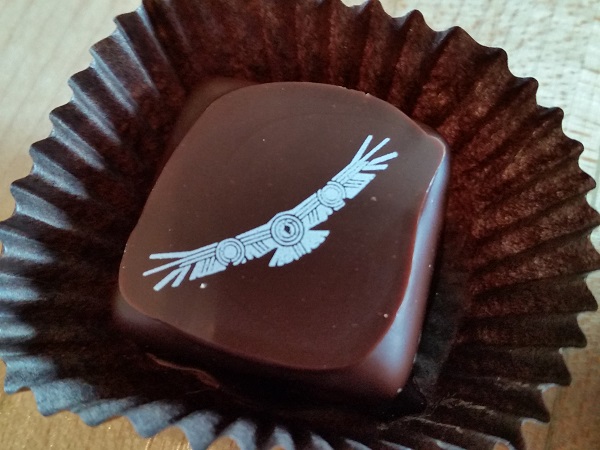 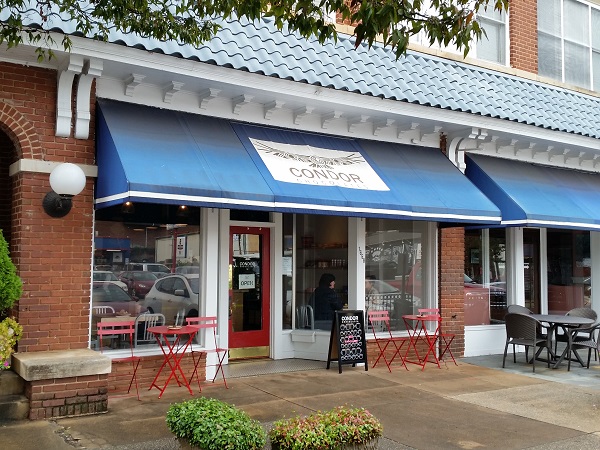 Grant liked the milk & honey truffle better. I chose that mainly because of the bees printed on the top. Patterns on chocolate are so ephemeral and lovely, like flowers. I was iffy on the chocolate milk, not finding it rich enough, but the guys loved it. The brownie was quite nice, though I like a fudgier quality and it’s more of a cakelike brownie – an excellent representation of the kind, though, and the sea salt crystals were a very nice touch. I could have easily eaten two, but then wouldn’t have had room for the chocolates. Everything we tried is definitely recommended.

One thought on “Tea and Chocolate in Athens GA”