Well, it took me a little while to get over to Harry’s Pig Shop. I had been wanting to visit for quite a while now, but I don’t just go to Athens every day, and when I do, I’d like to occasionally try something other than barbecue. There are quite a few good restaurants around that town, you know. Nevertheless, I moved it up my to-do list a couple of months ago after I read the good writeup at Buster’s BBQ Blog.

The restaurant, opened in 2009, is named for the late Harry Epting, father and grandfather of this place’s two owners, Lee and Ashley Epting. They’re pretty well-known in the area for their catering business. The restaurant trade goes back a long ways in this family. Harry’s Tavern was a well-known Five Points drinkin’ hole in the 1950s. This new place with his name on it is located in Homewood Village, a deeply ugly strip mall just outside the Athens Bypass. Surprisingly, it looks like just about all the retail space in this dump is active, but it certainly doesn’t look like the home of any kind of hip or active food scene. The restaurant’s gorgeous interior and lovely design totally belies its place in this strip mall.

I visited with my daughter a couple of weeks ago, and have to say that the chopped pork just did not thrill me. We each enjoyed our meals, as the sides were so good, but this bark-free and smokeless-tasting pork was brought to life by the sauces, which were excellent. I don’t think that it would stand alone without them, and while I’ve got a pretty broad acceptance of different barbecue styles, I imagine that there are sticklers who would not enjoy this pretty greasy, sauce-requiring pork one bit. I was reminded of the taste and feel of the pork that we enjoyed at Vandy’s in Statesboro a few weeks previously. 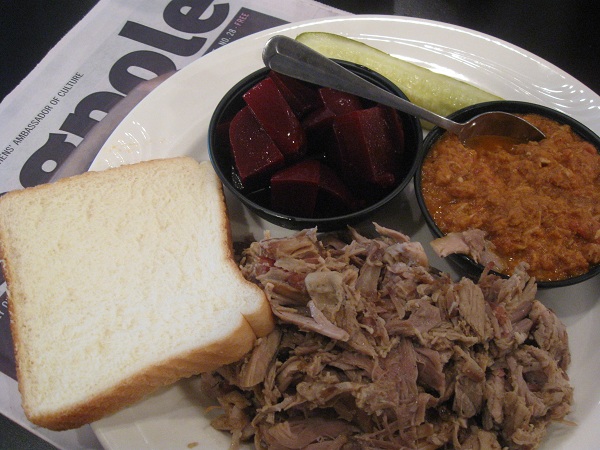 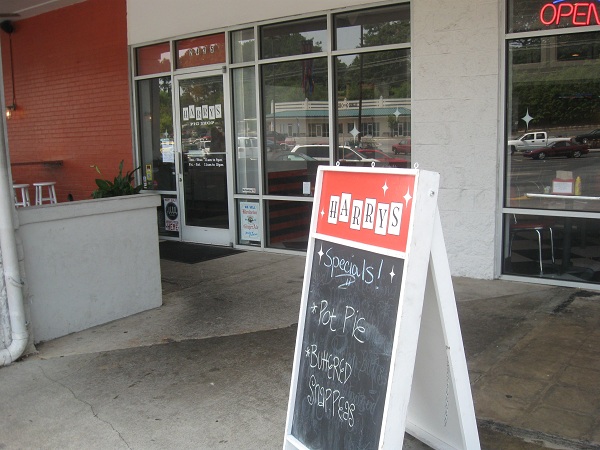 There are six sauces on the table. The most interesting and unique was a sweet onion sauce. It was not entirely to my taste, but I have to give them credit for coming up with something really neat. There was also an SC mustard sauce that probably complemented the meat best, and then mild and hot varieties of NC vinegar and the house sauce, called Georgia Shack. This was the traditional-to-this-region dark red tomato and vinegar mix.

For sides, I had some marinated beets that were completely delicious, and a small bowl of hash, which was a little greasy but truly packed with flavor. Certainly not as amazing as the hash at Neal’s in Thomson, this was still much better than others that I’ve tried. My daughter, who really didn’t like the taste of the hash herself, enjoyed some excellent baked beans – I missed it, but she reported that it was cooked with bacon – and really good mac and cheese. Guests have a great little drink selection here as well. It includes good bottled sodas like Cheerwine and Blenheim Ginger Ale. Our final verdict was that it was a perfectly good restaurant, and different, and were it not in the same town as the Butt Hutt and Jot Em Down it would be a standout. It is really overshadowed by them, but I’m very glad we stopped in.

A few hours later, we were ready to leave town and I wanted one more snack before we left. My daughter was content with the doughnuts that I bought her from Ike & Jane, but I’d been craving the Taco Stand since we stopped by the quite similar Taco Casa in Tuscaloosa. I’m afraid that I spent a few dollars more at Bizarro Wuxtry than I was really supposed to, so I needed to go by an ATM before having a snack anyway, and there’s one I use conveniently located near the slightly new Taco Stand on Barnett Shoals.

The Stand apparently just moved to this new location a couple of years ago. They used to be located on the other end of this little strip mall. When I was in college, I might have eaten at this one the most, since it was so close to the Kroger where I would buy groceries. I was, briefly, a little disappointed at the new digs. It certainly lacks the character and nostalgia of the other location, and I just don’t like the big, empty room feel. 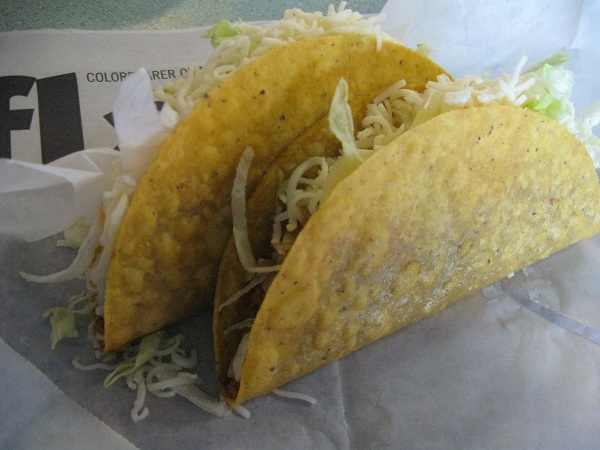 Still, the tacos here are cheap and amazingly good. Just so long as I have the option of swinging by and getting a tasty, small meal here for under six bucks, all is right in the world. This visit left me a little curious about the store that opened in Alpharetta earlier in the year. I wondered how it was doing, and decided that I needed to stop by at some point soon.

One thought on “Harry’s Pig Shop (CLOSED) and The Taco Stand, Athens GA”