Here’s an incredibly interesting restaurant. It’s not worth knocking over anybody to have breakfast here – in fact, if you go looking for good grits, it’s not worth visiting at all – but I swear, this place fell through a crack in time. It looks and feels like a place with no relationship whatsoever to the modern world. Social media? Twitter updates? Not this place. Nobody talks about it, least of all on that “internet” thing. Don’t believe me? Google it. You’ll see an Urbanspoon listing with votes from eight people, and me over at Roadfood.com asking whether anybody knew anything about it, and a bunch of Yellow Pages and Yelp listings with no user reviews at all.

The parking lot does to your car’s alignment only slightly less damage than falling off a cliff. The sign – a beautiful, rusted anachronism – has fallen apart and is no more. This weird, vintage thing is what caught my eye the first time that I drove past it. A little more than a year ago, I stopped by and photographed the sign just for my own sake. Had I known then that the silly picture of the nice young couple in the roadster was going to fall out and crash into the potholes beneath it, I would have taken more care not to capture part of a Taco Bell billboard behind it. Well, I never claimed to be a good photographer. 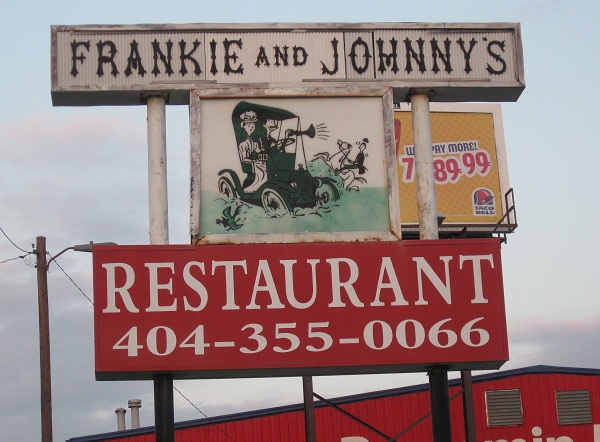 Inside, it is as quiet as the grave. It is a classic roadfood stop for truckers and utility company drivers. It’s where you can go to get a cheap, enormous breakfast. I had bacon – fantastic bacon – eggs, grits and toast for four bucks. Well, the grits weren’t worth eating. That bacon was amazing.

From 10:30 until 2, they serve lunch in a buffet line. Looks like they offer lasagna, meat loaf and the like, with all the trimmings. Then at two, this place shuts down and returns to the other side of 1967, to decay and rust and rot away further. It’s the most authentic – if that word means anything right now – breakfast experience I’ve had lately. I can imagine my late father eating here four times a week for years and never mentioning it to anybody, because it wouldn’t occur to him to do so. It is what it is, and does not aspire to more. But this isn’t destination food. The young crowd that “rediscovered” Pabst Blue Ribbon has not found this yet. This is for local workers, men who do not mind destroying the alignments of their company’s trucks. 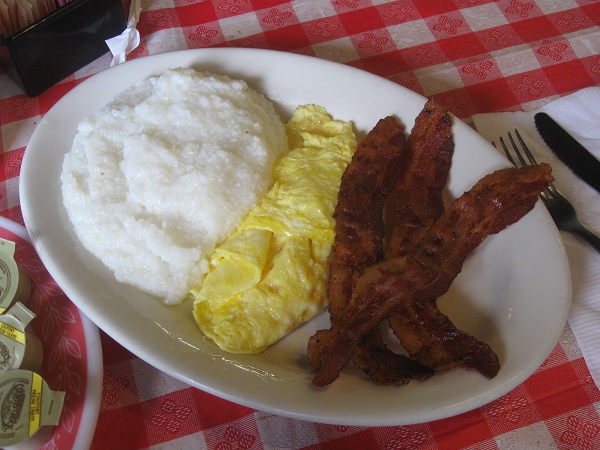 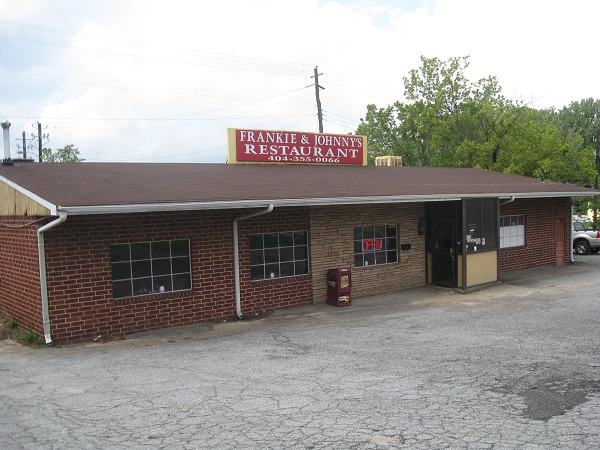 I asked about it. I learned nothing. The owner, an older Asian man, said that he’d been open for seven years. I said that the business must be much older. He agreed. I suggested that the building must have been there a long time. He said that it had. I asked him what happened to his sign. He said the sign was still there. I laughed and said that once, there had been a picture in the middle, where there is only a hole now. Not laughing, he agreed that yes, once, there had been. And then he went to work setting up the lunch buffet.

I left, and time didn’t march on. It froze.

(Update, 7/25/12: Eleven months later, it was gone. Without a word or a peep or a notice anywhere, the building and the parking lot were completely gone. Logic tells us this happened after a bulldozer and a wrecking crew came in. I prefer to think it was because time folded over like a tesseract, and, just like that, the building left through a crack in time, back to where it came from, as though it had never met our troubled days.)