A growing little pizza business that started in Athens has been on my radar for ages, since they started getting lots of press and regular notices from one of that city’s best food writers, the wonderful Hillary Brown of Flagpole. Unfortunately, at the time that I’m writing this, that newspaper’s web site archive is unavailable, thanks to an alleged attack of “spam monkey trolls,” so I can’t look back and refresh my memory about anything, but if I remember correctly, Your Pie sort of arrived fully-formed, corporate and ready for franchising in 2008. There are already eight stores in Georgia – it was spotting the lone Atlanta-area location, in Roswell, that reminded me to try these guys out – along with two stores each in Florida and South Carolina. There’s a thirteenth coming to Murfreesboro, near the MTSU campus, pretty soon.

The owner got the concept together when he was working for the nearby Moe’s Southwest Grill. This must have been back when Raving Brands owned that business, and, since every one of their restaurant “concepts” were pilfered from existing successes, I can imagine this would be the sort of idea that one should keep under a hat until striking out on one’s own. This much was explained to me by the manager on duty when I swung through Athens a couple of weeks ago. He also said that the idea came when the owner was visiting his wife’s family on the island of Ischia, near Naples, and figured that a build-yer-own personal pizza business, designed with an assembly line like a sandwich shop, was something unique and original. 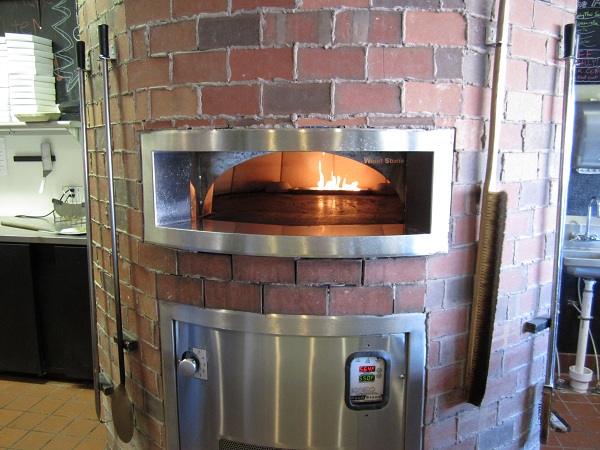 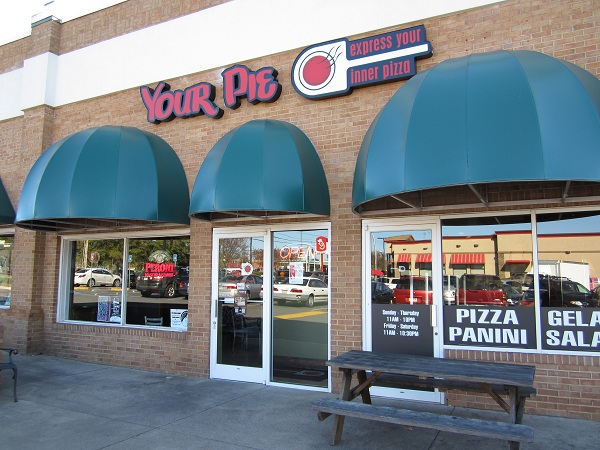 I’ve mentioned before that Athens just doesn’t have any really good pizza places. Transmetropolitan remains my favorite among some pretty disappointing offerings. Your Pie is certainly better than most of the competition, and miles ahead of the chain delivery joints, but I think that the novelty of the place is still a little more entertaining than the food itself. I’m sorry if that’s damning with faint praise, but if you’re in Athens, then this is a great choice for a pizza. If you’re in Atlanta, it is not. That said, I am pleasantly surprised that Athens (and nearby Watkinsville) can somehow support four of these stores. Admittedly, parking for the Beechwood store, the original of the chain, is such a bear during lunch that people on the clock might be better off with nearby options rather than circle endlessly waiting for a space.

At Your Pie, guests can choose one of seven “favorite” combinations or start from scratch and build one to specifications for a pretty decent price, starting at $6.19. This will get you all the vegetables that you want on it; each of the meats, along with some “premium” ingredients, are available for a fifty-cent upcharge. There are four doughs available, eight sauces and ten cheeses, so there’s a whole lot of room for experimentation. The ten-inch pies are cooked in a brick oven and brought to guests in about six minutes, and they’ve got one of those Coca-Cola Freestyle machines. I just can’t resist Fanta Lime, darn it.

I thought about getting one more thing to eat or drink before leaving town, and figured I’d grab a little dessert from a place called Menchie’s that’s just a few doors down. One of Athens’ newer food writers, Hungry Dude, gave it a mention the other month, noting that the town seems to have more than its fair share of yogurt places. That said, I think that Hungry Dude is too young to know that, 25 years ago, the space that Menchie’s has now was home to a TCBY, the grandaddy of frozen yogurt shops, but he’s right to note that this trend has turned a little silly. I just had a very small cup to sample the taste of the strawberry, which was creamy and satisfying, avoiding the temptation to add any of the forty-something toppings. Were I in the mood, I could have gobbled a very large cup of this, and spent a stupid amount of money. No, I really just wanted a beer before leaving town, and so I headed back over to my old stomping grounds, where the Mean Bean stood for many years. 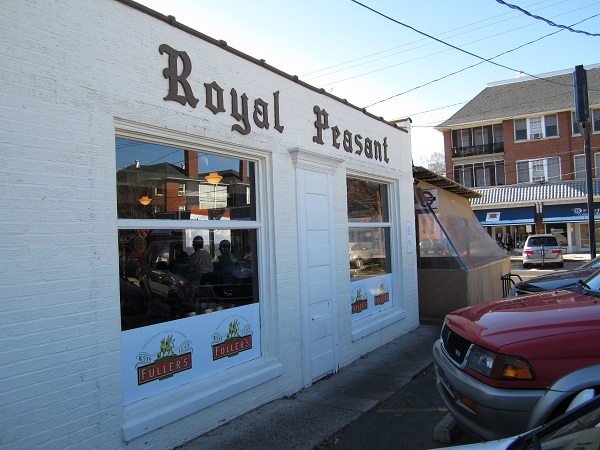 Longtime readers might remember that the Mean Bean was my favorite restaurant of all time. I miss that place so darn much it hurts. I spent more happy memories there than anybody should be allowed to have. From meeting Coach Richt a couple of times to all the drawings that my children colored to the comfort burritos that salved my soul in troubled times, when the downtown store moved to Five Points, it brought me with it and kept me its cheerleader and champion for life. When I heard that some fool English pub moved into its vacant space, I was briefly incensed, as only the irrational are. They should have enshrined it as a museum.

Well, time heals all wounds, so I made my way in for a pint of Boddington’s. I have to say, they use the interior space far more sensibly than Tony did, with the kitchen in the back, and a bar that is smaller than the Mean Bean’s gigantic counter. The decor is dark wood and anything English they can find on the walls. There is no single football loyalty on display, but scarves from several teams. Not seeing one for Liverpool FC, which I only support because my longtime celebrity crush, Melanie Chisholm, does, I was momentarily mock-incensed again. (Arsenal? Who likes Arsenal?!)

I spent a few minutes at the bar, reading and sipping on my Boddington’s, and thought of the Mean Bean some more. About five years before we started dating, Marie decided to take a joke seriously and brought me a deluxe bean burrito with extra cheese. I said before and I’ll say ’til my dying day, I would have saved myself a lot of nonsense had I just asked her to marry me then and there. I raised my glass to Tony, wherever he is, knowing that his priceless old space is in good hands.