I had been planning to stop by Sheik Burritos n Kabobs for weeks and weeks, and it sort of slipped down the to-do list. In time, another burrito joint opened on Howell Mill and started getting some buzz. I thought about heading that way, but remembered that I owed Sheik Burritos a visit first. It’s only fair to get them crossed off the list before I try a (relative) upstart.

Sheik Burritos has been open for a little over two years, in that slowly dying strip mall on Piedmont near Cheshire Bridge that was once home to E.D.’s Gourmet Records. The owner, Jahan Ostad, was not in when I visited, but one of his employees explained that in 2009, he had planned to open a food truck. Unfortunately, he was stymied by the then-onerous regulations that required anybody in Atlanta with a truck to also have a nearby kitchen actually cooking the food. These have since relaxed, allowing for 2011’s food truck boom, but it allowed Ostad to get settled in a low-rent location amid several vacant storefronts. The strip mall’s owner had planned to demolish this center in 2008 and build condos or mixed-use or something, but the collapse of the economy put that on the backburner, allowing Ostad to grow a neat little business that several of my fellow hobbyists have found entertaining and a little weird.

Before he got the call to join the AJC’s Food & More blog, Jon Watson updated his own little page, Live to Feast, pretty regularly. He visited the Sheik in the summer of 2010 and learned that Ostad, an Iranian, found himself loving the local burritos when he was a student at Arizona State. The goal of this place, therefore, was to mix up Persian flavors with southwestern American preparation and come up with something unlike any other burrito joint in town. I believe he’s been successful; these are a little weird, but they are very tasty. 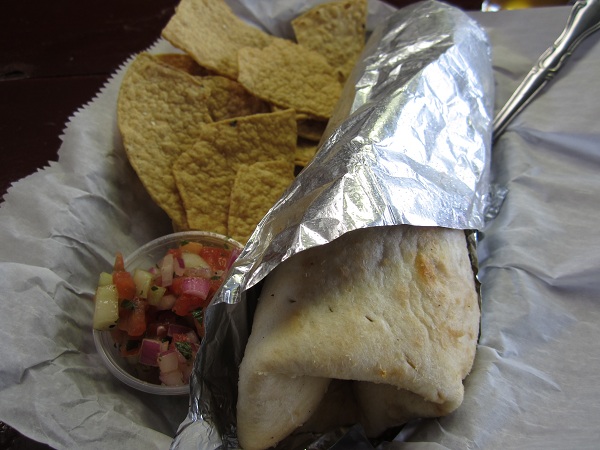 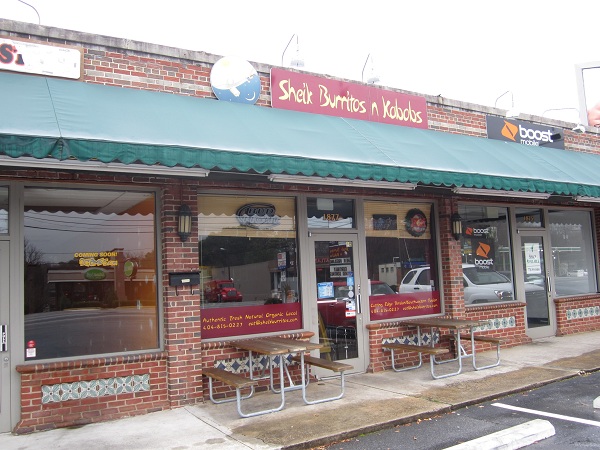 I had a Persian-styled burrito – the difference between it and a southwestern-styled coming from the use of either flatbread or a flour tortilla, and the type of salsa – called a dirka-dirka. It’s lamb sirloin with spinach salad, beets, a creamy yogurt and a sauce called bad-man-jon. This slightly spicy sauce mixes eggplants, lentils and tomatoes. The restaurant also has a spicier, thin sauce on the table, and I ended up drizzling some of this over alternate bites. With two sauces and yogurt competing for attention, suffice it to say that by the end of my burrito, I had a big, wet mess of food.

Now that I know more about them, I would have liked to have started my experience with an order of Sun Devil Beets. These are a mix of maroon and gold beets served with goat cheese. That sounds completely lovely. I lost touch with a cartoonist friend who, like Ostad, attended ASU. I’m certain I’d be sending some nostalgic memories her way as I sampled those.

Honestly, the mix of flavors was very weird and very unexpected. The prices are a little higher than I can justify for regular visits, but I was intrigued enough by the experience to want more. That said, I also found myself craving another Mediterranean-styled place that I have not visited in ages and ages. The flavors here had me wondering when I could get out for something similar again.

Other blog posts about the Sheik: