Usually, our visits to Saint Simons give us many chances to walk around, take in the sights at our own pace and enjoy some pretty good meals. Our most recent trip, two weeks ago, was no exception. We had a nice visit, got some sun and exercise, and ate well.

On the Saturday, after a morning swim with the children, Marie’s father treated us to Southern Soul Barbeque. This is a place we have visited before and shared good words, and will certainly revisit many times to come. They are in the process of opening their second location, which is in Brunswick, by the interstate in The Georgia Pig’s former location. I look forward to trying them out in their new digs and we’ll report back to you when we do!

I went with a standard order of pulled pork with two sides. Sadly, Brunswick stew remains a double-priced “premium” side, and that’s the only downside to a meal here. It is among my favorite barbecue restaurants in Georgia, with a delicious, chewy bark and four very good sauces to sample. Next time, I’m going to try the brisket, and I can’t wait. 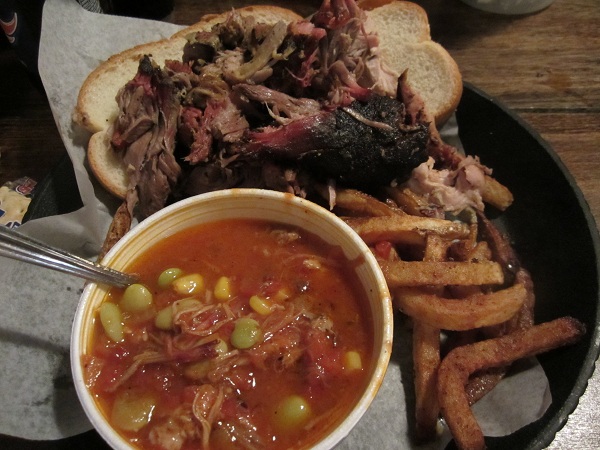 Southern Soul is on the other side of the airstrip from the Village and Pier, which is where we spend most of our walking-around time. I have been telling myself for ages that I’m going to stop by Hot Dog Alley and see what they had to offer. It’s part of the same complex that houses Moo Cow Ice Cream and a buggy rental place. In the 1980s, this lot was a mechanic’s service station and garage, and, during the finance boom of a few years ago, it very nearly became a bank!

Fortunately, good taste ruled the day and Hot Dog Alley, which opened in 1990, is still going. The tenants of the property now own it and these guys put together a decent, traditional dog. I just had a midday snack of a Polish sausage with a few toppings – light on the slaw – and enjoyed it. 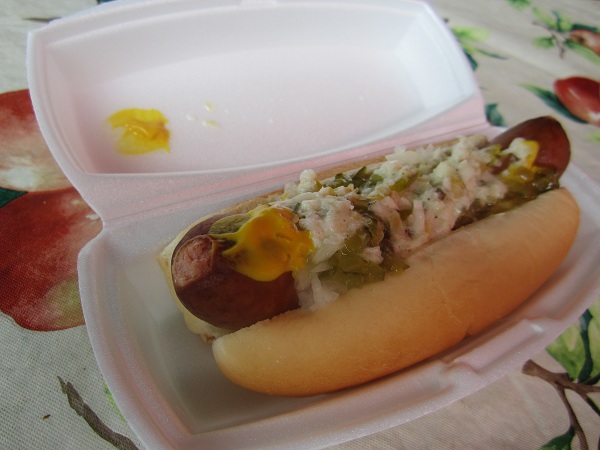 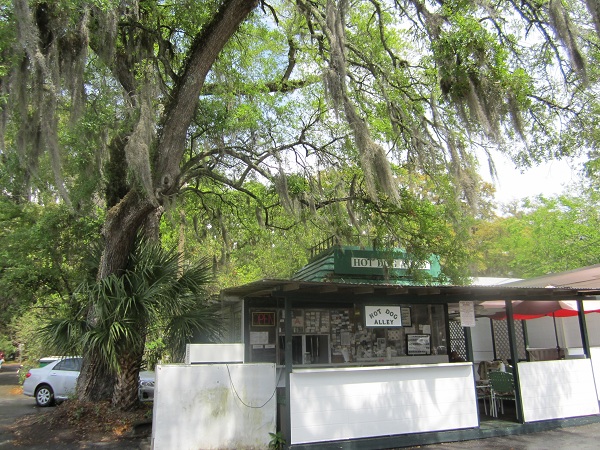 Meanwhile, my daughter was enjoying a small gift of a little money from Marie’s mother, and eating her weight in frozen yogurt. Yobe is a small chain based in Jacksonville, where they have eight locations, that is popping around all over the southeast. This store on Mallery Street is their first in Georgia; they have four more in the works, including one here in Atlanta, where the streets are already pretty packed with frozen yogurt places. 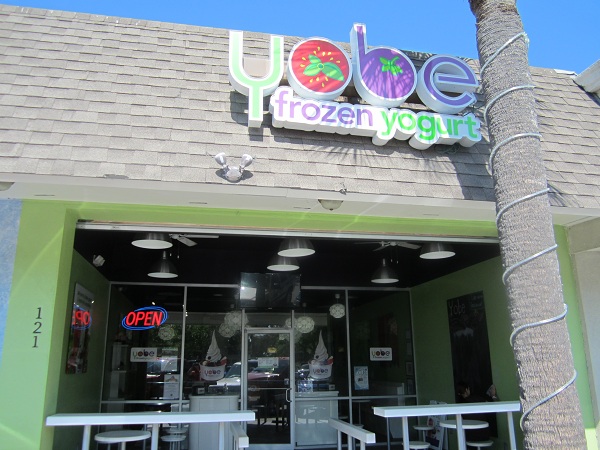 What my daughter might have done, if she had her dad’s taste for a good burger, was stop by Brogen’s instead. Here, you can get the best burger on Saint Simons Island, a fabulous little treat called a Kokomo with a slice of really good ham atop the beef patty. This was where I had my last lunch as a single man before Marie and I got hitched, actually. The crowd at Brogen’s tends to be young and noisy and, as the night wears on, drunk on cheap beer specials, so it appeals more to us for lunch than supper! 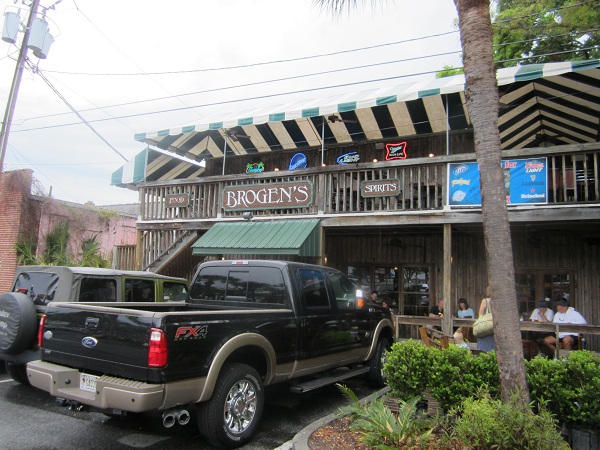 Finally, a trip to the island probably wouldn’t be properly complete without a trip with Marie’s dad to Palmer’s Village Cafe. I like this place a lot and have enjoyed working my way through their omelets. This time out, I had the Tuscan white omelet, which is made with white beans, Provolone cheese, sun-dried tomatoes and roasted red peppers. Just an absolutely terrific way to start the day, there’s a reason why Palmer’s has quickly become one of my favorite breakfast places anywhere. So many places that serve breakfast do so with so little variety in either menu choices or tastes. The incredibly flavorful and unique concoctions at Palmer’s make me want to keep coming back and trying new things. I hope Palmer’s never runs out of new ideas for omelets; I’d hate to be disappointed enough to order one of their past favorites again! 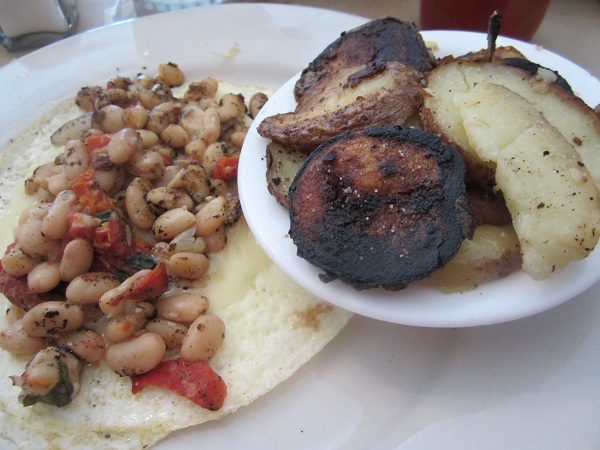 That said, the simple basics are done really, really well here as well. Marie always gets their simple cup of granola, fruit and yogurt and loves it to pieces, and our daughter swears by their half-stack of pancakes.

I have to say, however, that despite all these very good meals out, the highlight of our weekend’s eating came in Marie’s mother’s dining room. For Sunday lunch, she put together a tray with wonderful breads, several tasty cheeses and some downright amazing peppered salami. That was absolutely divine, and Marie, who likes salami even more than I do, is probably coming home with about ten pounds of that after our next visit. At some point, I hope to have some free time and see whether Patak House in Austell has something similar.

One thought on “Snacking on Saint Simons”