Back in March, Marie organized a Festival of Dairy for herself to celebrate her return to eating pizza and ice cream. Well, that’s not accurate; actually, she commanded that cheese be obtained in great quantities and set me the task of finding appropriate locations for her indulgence. On the trip, we visited the Frosty Caboose for a banana split, and we noticed that it was across the street from a pizzeria called Vintage. I filed that away for future reference, because that just sounded like a perfect lunchtime getaway for a warm late spring day: a few slices of pizza followed up by ice cream under a shady tree.

So, a few Saturdays ago, we drove back to Chamblee. The intention was to visit some of the stores along the old strip’s Antique Row, but we arrived as it was closed off for some kind of festival or other. We had to detour back to Peachtree Industrial and come back around the other way. If you’re just coming through with one business in mind to visit, I think that this community is a little too small for street closures quite like this one. 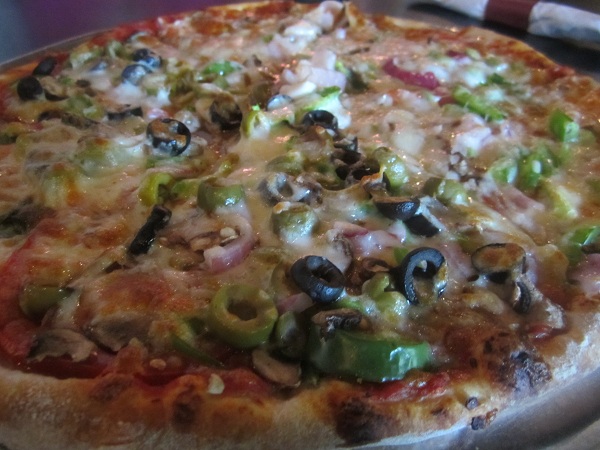 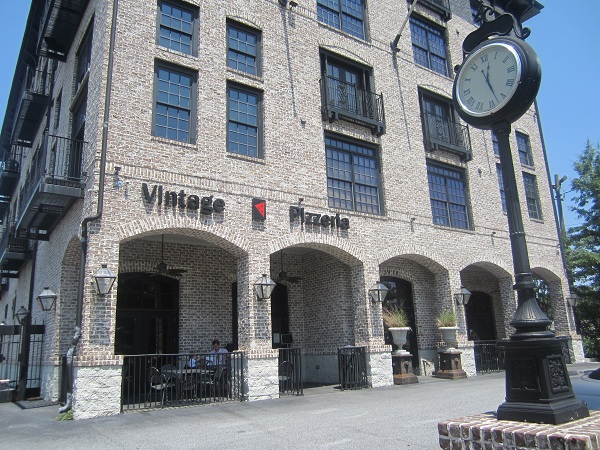 Vintage opened in 2005 and has two locations. The original is the Chamblee location, which is in the bottom floor of a loft apartment building. They bake an unadventurous but quite tasty New Jersey-styled thin crust pie. Our group was the first to arrive, but we were soon followed by quite a mob of other families and lots and lots of kids. For those who’d prefer not to try and eat pizza while surrounded by screaming children, there’s a separate, 18-and-up section, but unfortunately, they allow smoking in there.

It turns out that my original instinct was correct, and that this place really is a terrific destination for anybody wanting pizza and ice cream. Marie and I shared a veggie pie – my daughter declined any and just had a salad instead – and enjoyed it a lot. There are many better pies in the city, and this might not be considered a destination place on its own, but with the Frosty Caboose, and its amazing ice cream from the nearby Greenwood creamery just across the street, it elevates the trip into a really special lunch or dinner.