I have not had the chance to motor around north central Georgia for many, many months. In fact, I said, more than a year ago, that I needed to stop by a little ice cream parlor near the towns of Clermont and Cleveland. That’s when a writer with the remarkable nom de blog of Foodie Asshole wrote about Mountain Fresh Creamery, which had opened a few months previously.

Scott and Jennifer Glover have been operating the small Glo-Crest Dairy for about twelve years. Scott says that he’s a fourth generation dairy farmer, and was working on his grandparents’ farm when he was in elementary school. Most of their milk has sold through co-ops to area grocery stores and farmer’s markets, but they had been looking at new ways to bring in revenue. Opening a small sales room has been a terrific way to get even fresher milk to customers in the area, and also to start selling hand-made ice cream.

The children and I stopped by in the afternoon and enjoyed a few samples of their milk and their cheeses. I was sorry that we couldn’t realistically take any home with us, but I was not entirely sure how far we were from home in the first place, nor when we would eventually return. I will say that while their pimento cheese lacked the deep peppery bite that I enjoy the most in the best varieties, the creamy cheddar was wonderful and light, and the milk was as good as the best that I’ve ever had, anywhere. If we lived in this area, we would certainly get our milk from the Glovers as often as possible, because it is amazing. As well it should be; the very nice lady with whom we spoke told us that it had still been in the cow the night before. 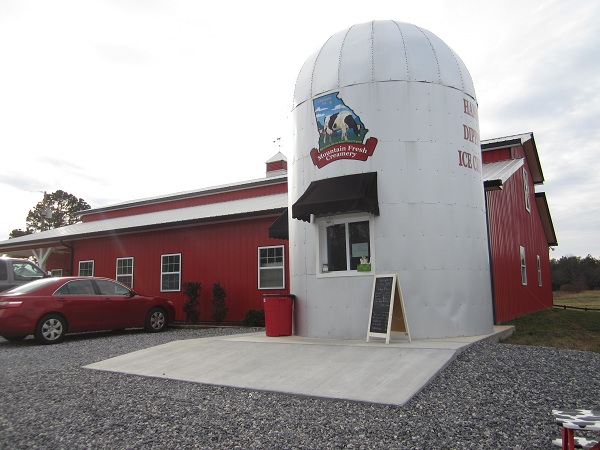 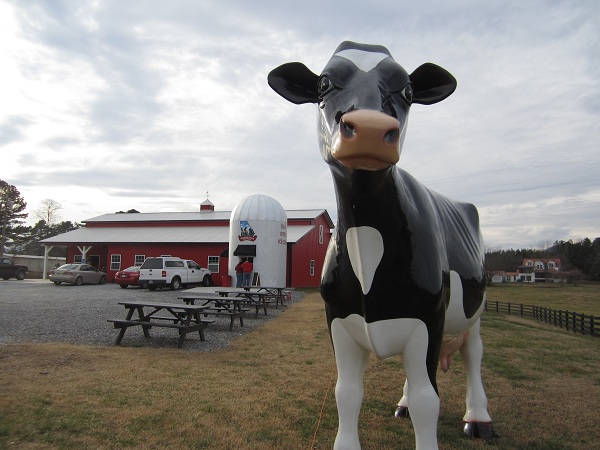 But while we were very pleased by what we sampled from the Glovers, and learned about their operation, we actually came for ice cream, and once Matt pulled up from his home base down the road in Gainesville, we went over to their sale window and took a few scoops to a nearby picnic table. I was incorrect in thinking that this is a traditional ice cream parlor; it is a walk-up window only, and they have a fairly limited menu. Man alive, was this ever good. Again, this ranked among the best ice cream that I’ve ever had, anywhere. I sampled the cookies and cream (as I always do) and my daughter had coffee-flavored. The baby enjoyed tastes of each and hollered, yelled, and shouted to the world about how terrific it was. He was so over-the-top and unusually extra-vocal, standing on his bench and bellowing to all and sundry about the ice cream that Matt expressed a concern that, once upon a time, Napoleon got his start this way.

It was a little cool to spend much time outdoors, so we retreated to our cars and followed Matt back to his house, so that the baby could continue yelling at his animals. Along the way, we pulled into the cute and timelost Dari Spot, which I visited with Matt and his wife more than a year ago. At that time, I waxed eloquently about their terrific orange milkshake, and wondered what the secret recipe might be. I was pleasantly surprised to learn that it’s actually a vanilla milkshake with Fanta Orange mixed in. Say, didn’t I once start a problem with a grouchy manager of a similar business when I was trying to get ’em to make me a Cheerwine milkshake?

As we drove on, the girlchild and I sipping on this treat and enjoying it immensely, I reflected that it’s so nice to have local businesses doing things their way and not beholden to some corporate rules about what can and what can’t be done, but I also thought that mixing in a Hank’s or a Nesbitt’s Orange instead of a HFCS Fanta would be even better.