The southern end of Buford Highway does not get as much attention as the areas closer to the perimeter. Perhaps most neglected is a stretch between North Druid Hills and Clairmont that looks, at first glance, to be entirely either residential apartments or home to several national fast food chains. But several of the larger chains have moved out and smaller businesses, catering to Spanish-speaking customers, have taken their place. For example, there’s this 24-hour tacqueria that has set up shop in what looks like it was originally a Captain D’s.

Since it’s miles away from the more exciting areas on the road, there has been very little mention of Tijuana’s. Spatial Drift visited with a mob of friends last year and sampled far more dishes than I did. I thought about it and decided that three chicken tacos and some chips would be just what I needed to take over to that salsa bar and dig in. 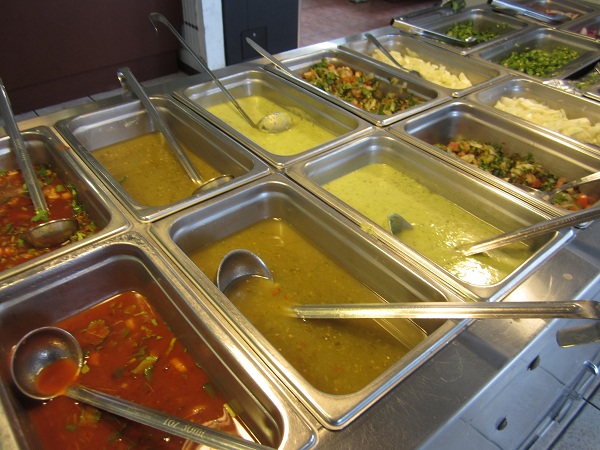 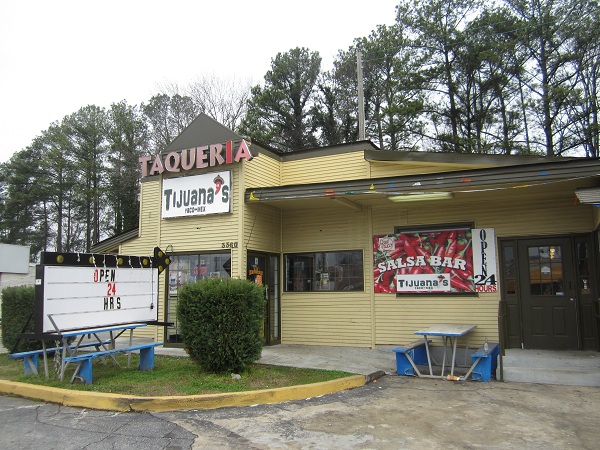 I decided, after my last stop for tacos, that I was just going to stick with chicken. I’ve sampled steak and tripe and tongue and what passes for barbecue at tacquerias, and enjoyed much and didn’t enjoy a couple, but invariably, I enjoy the chicken the most by far. I was pleasantly surprised by how Tijuana’s does theirs. In most places, the meat is given a little marinade or seasoning before it hits the flattop, and served dry in the tortilla. Here, it’s given an additional bath in an orange-brown sauce.

The chicken was completely terrific. It was so good that I’m sorry to say that I didn’t enjoy any of the salsas from the bar at all, but it did not matter. I ate them with onions and diced jalapenos, and washed them down with a Fanta Orange made with sugar and served in a glass bottle, and left pretty pleased with my early lunch.