The problem, of course, is that Dunwoody is overrun with chains, and there are not very many places that we’d like to try. We’re still waiting to hear about when Chattanooga’s Mojo Burrito will be opening in this community, but otherwise, it’s usually off to Urbanspoon to simply pick, almost at random, some place, any place, that we don’t recognize. That’s what brought us to Alison’s Restaurant, which opened in November of 2010 in a shopping center space that had previously been occupied by a restaurant called Mudcatz.

Alison’s has stayed off the hobbyist radar despite some evident local success and a loyal crowd of regulars. The only blogger that I’m aware who has paid this place a visit is Food Near Snellville, and that was more than two years ago. I won’t claim that this place is demanding attention or that everybody’s missing out on something amazing, but this is a humble, charming, and very satisfying evening destination. More of a place for grown-ups than families – and our toddler was some distance away from doing his best during our meal – we were the youngest people here this evening. 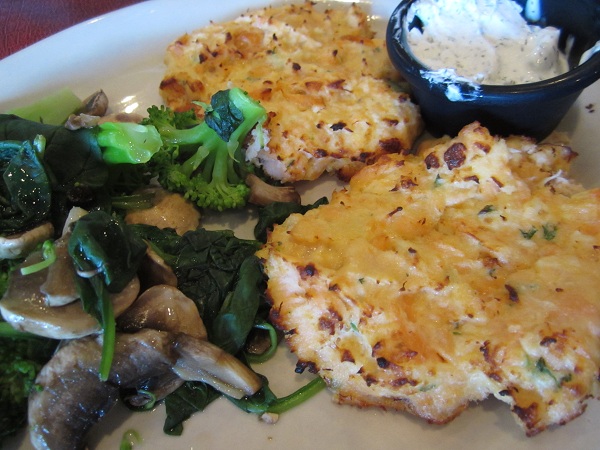 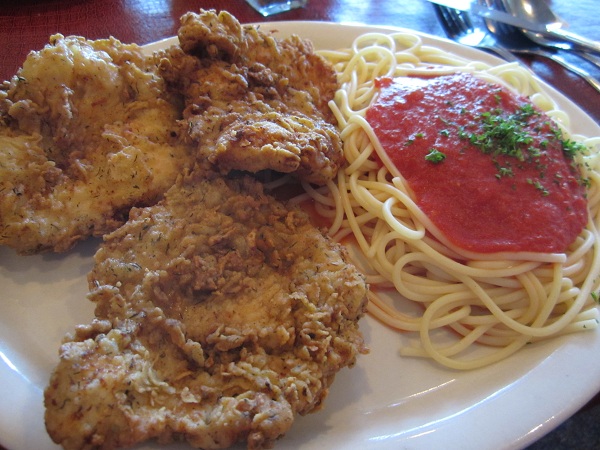 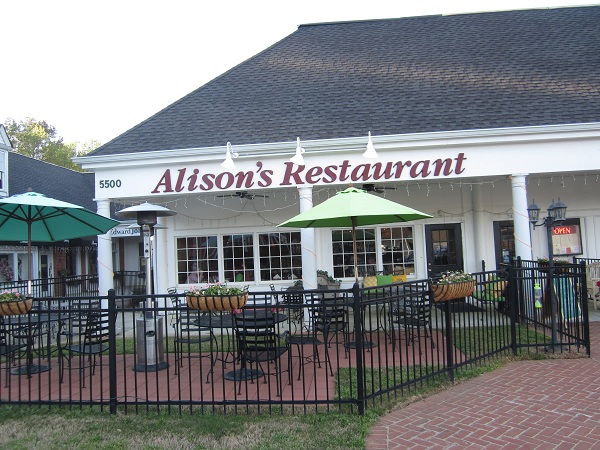 Alison Norris, who I understand emigrated here from England in the late eighties and made Dunwoody her home, re-entered the restaurant business after several years doing computer analysis work. At her family’s home in Kent, she had been working in the kitchen of the hotel that her grandmother owned. According to the information on the menu, she had been cooking for parties and friends all the time she’s been here, and, in 2006, opened a pizza restaurant in the town of Cumming, about fifteen miles north. She closed that and put her focus on this space four years later, serving up steak and seafood comfort fare.

It’s not just the Bobby Darin and the Shangri-Las on the soundtrack; this place feels very pleasantly timelost and, if I may repeat myself, grown up. I was quite surprised to learn this place is younger than our blog; it has a very similar feeling to Stalvey’s in Covington. It looks and feels for all the world like a place that has been quietly doing its good business for decades.

Marie had salmon croquettes, served with a cup of dill sauce, and I had the boneless fried chicken, served with a side of spaghetti with red sauce. The baby? Oh, I don’t know what in the world we were thinking. There are messes, and then there was this kid after some noodles with alfredo sauce. See, that’s why places have grilled cheese on the menu. Marie and I scoff, saying we can make those at home, quickly, with amazingly good gouda or something, and completely forget that we’re out in public with a not-quite-two cyclone.

Other popular items here include the lobster ravioli, and a tempting Mediterranean-spiced meatloaf. The menu really reminds me of the southern comfort food down at Roxx Tavern on Cheshire Bridge, just prepped here for an older, suburban crowd. The chicken, which is very good, is marinated overnight in a buttermilk bath before it’s fried up. I was very impressed. We won’t claim that this place is transcendent or that it knocked our socks off, but I guarantee Dunwoody residents could do miles worse than Alison’s. It is a terrific place to wait out the traffic and enjoy some quiet music and the company of adults, and, once in a while, a baby as noisy and messy as ours.