Last month, I mentioned that I’d found some places in north Cobb that sounded interesting, and that Marie and our girlchild were taking turns selecting restaurants from the list. It was my daughter’s turn and she wanted to visit the Mexican place on the list, so we drove up a few exits to Woodstock and a new place called Habanero’s Taqueria. It opened in a strip mall near GA-92, in the space that had previously been the home of another Mexican-style restaurant, El Cafetero.

Habanero’s opened in March, and it is another of a slowly growing number of restaurants that are offering a little more authentic taste of traditional Mexican recipes from within the confines of an old-fashioned American Tex-Mex menu. Another example of this small trend that we have enjoyed is Taqueria el Milagro in Chamblee, which was also really good. If you enjoy chips-n-salsa and burritos, but would like to taste food that is made from scratch rather than refurbished from what the delivery truck brings, we really recommend these sorts of places.

The owners of Habanero’s are originally from Mexico, and their daughter, who worked the tables in the dining room, told us that the poblano chicken that the girlchild enjoyed is exactly like what her mother cooks at home, only they serve it here in a burrito to meet customers’ expectations. The result is just incredibly tasty and so many leagues better than the El-This-Los-That world that you will assuredly want to leave it behind for good. 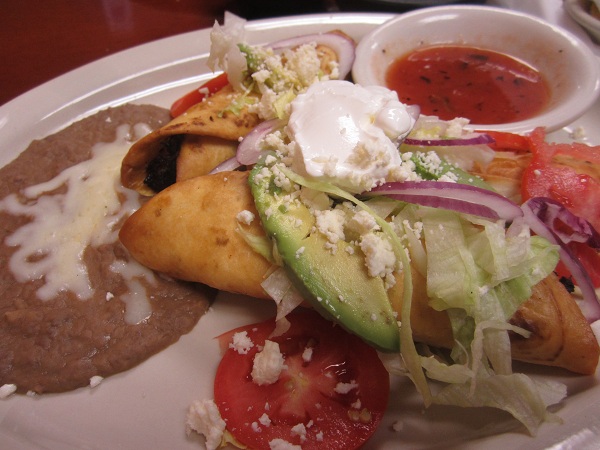 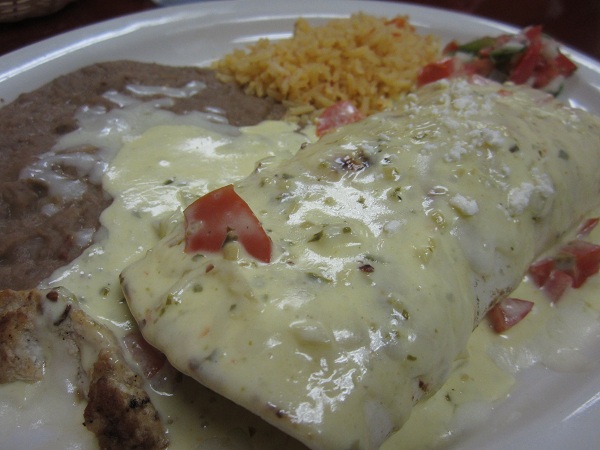 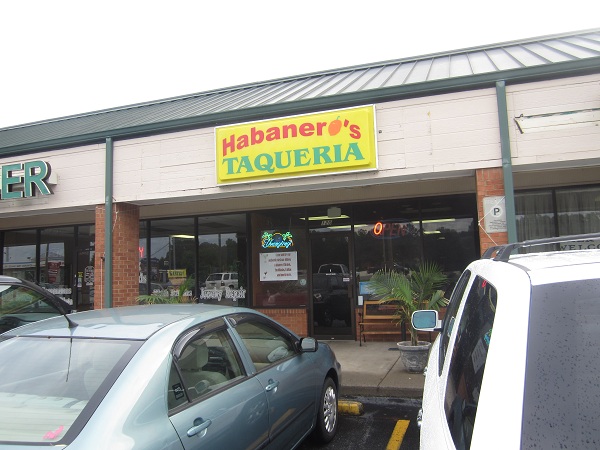 I don’t have much that I can add to that. This is a no-frills family place that is very happy to greet and welcome new customers, and serves up some simply sterling food. The girlchild picked astonishingly well, and we are certain to go back and try a few other things on the menu. I’m really glad that there is such a decent place so close by, so that the next time I get a craving for chips-n-salsa, I won’t have to travel far to eat well.

For dessert, we drove east on 92 a few miles to a Sonic to take advantage of their “Summer of Shakes” promotion, which includes half-priced milkshakes from a great big menu of choices after 8 pm. Well, I stuck with a lime slush – mixed so carelessly that the bottom of the cup was so sour that I could not drink it, while the top of the cup was flavorless – but the ladies had really good milkshakes and enjoyed them. This location employs some really fun carhops who wear their hair in bright, dayglow colors, prompting the girlchild to squeal “OhmigawdIloveyerHAIR” at all of them before daydreaming furiously about what she’ll do to hers next. The baby didn’t get a drink of his own, and was forced to ask “Sip? Sip?” and share everybody’s drinks. The following day, he’d make us regret leaving him out by guzzling about 90% of Marie’s smoothie. Duly noted: the kid wants his own cup.