There was one little period last month where, across three days, we published three stories about Mexican-style food. We wrote about the opening of the Kennesaw Tin Lizzy’s, and then Marie wrote about her trip to a new burrito joint in Athens, and then I shared my trip to the mostly traditional Mama’s in Atlanta. The result, of course, that about the time I clicked “publish” on that third story, I was craving chips and salsa, and didn’t care where I got it. This happens about four times a year. Fortunately, I had some comp time at work and was leaving early to go visit that new Whole Foods in Avalon, and an old favorite was just a couple of miles away.

From 2006-09, I worked a desk job on Marconi Drive, right off Windward Parkway, and so I watched a lot of restaurants come and go on this once-interesting corridor. It’s kind of depressing now. For a good while there, Windward was almost like an experimental lab, where chains from out of town like Tacone, W.G. Grinder’s, Apple Spice Junction, Logan Farms, TinStar, and Taxi’s Hamburgers would set up their first-and-only Atlanta-area store. It’s where Krystal tested the K Cafe concept. (MAN, don’t you wish I took more photos than just those lousy ones?!)

There was that good Italian place, Kara Mia, near the HH Gregg, and that bad Italian place, Artuzzi’s, near the Jason’s Deli. There was the Red Hen, one of the best burgers in the world. Now Windward is just boring. If I wasn’t craving chips and salsa, I would’ve eaten at Papouli’s. Everything else here is boring. Seven to eight years ago, Windward had so many interesting restaurants, and now it looks like every other suburban street. Alpharetta itself has been made much more interesting by the opening of Avalon, and all its restaurants, but Windward’s a lost cause.

Tara Humata is the American Tex-Mex choice east of GA-400. If you go the other way, there’s a La Parilla or something. I think that Tara Humata, which opened in ’07 in a great big space with a patio and seating for nearly 200, has the best guacamole in the area. They also have a really, really giant selection of tequilas. 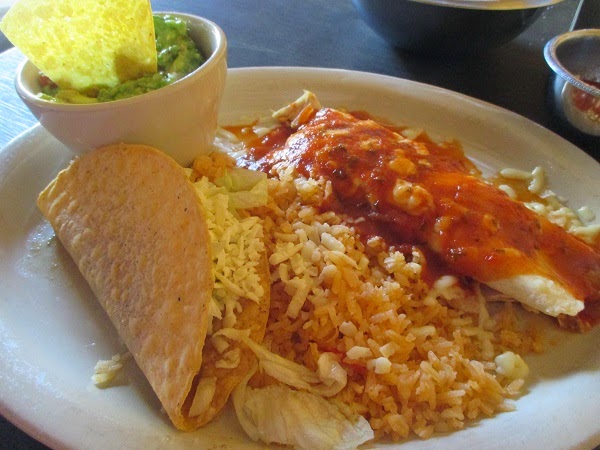 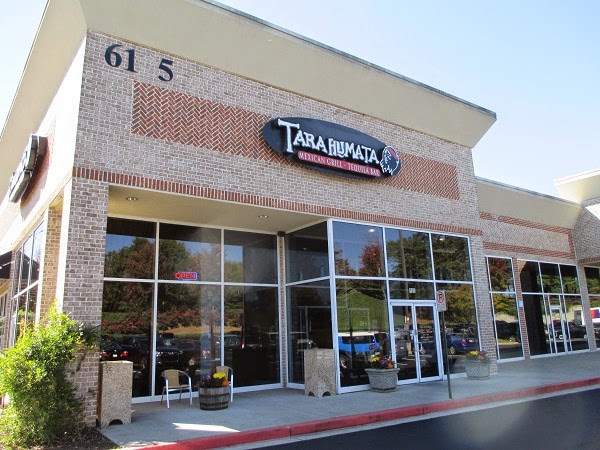 I was rereading Dorothy L. Sayers as I enjoyed a typical lunch of a burrito, taco, and rice. Virtually none of my meal was made fresh – the guacamole, at least, is, and it’s really great – but, as we’ve mentioned on the blog a few times in the past, sometimes that doesn’t matter. Sometimes you just want comfort food and the ability to shut out the noise of the world for a few minutes while you enjoy a favorite book and make yourself fat with too darn many chips. Had some of my former co-workers come by for a birthday party, I doubt I’d have even recognized the group; the turnover at that place was brutal. Much like the turnover of restaurants on Windward.

I wish that we’d started the blog sooner, and that I made some documentation of all of those unique chains which were here for such a short time. I’m glad that Tara Humata is weathering the storm, because they employ some great people, but should that dark day come, as it always must, some other, very similar El-This-Los-That place would quickly fill the void.