It probably won’t surprise any of our regular readers when I say that the Augusta area has always proven to be a little challenging for us here at the old blog. As we don’t yet have any friends in this area, and as the city seems bound and determined to not show off any book shops or record stores that demand our attention, it’s always been a town that we pass through, while simultaneously a town that rolls up the sidewalks pretty early. In point of fact, the last time we were in Augusta, we found the restaurant that we intended to visit, Wright’s BBQ on Barton Chapel Road, closed two hours before the sign on the door said they were going to turn out the lights.

But the reality is that, if you like unusual and older restaurants, there are actually quite a few promising places in the Augusta area. It’s just that few of them, other than the terrific Luigi’s, are open on Saturday evenings. An online acquaintance who goes by the handle “Chickenplucker” keeps a little track of them in a thread on the Roadfood.com forum which you may enjoy reading. Should the road ever bring us back to Augusta, or its South Carolina suburb, North Augusta, on a weekday for lunch, we have several interesting options, including Hildebrandt’s Grocery (established 1879!), Honey from the Rock Cafe, Freeman’s Bar-B-Q, and also the Sports Center, which is next door to Luigi’s and open for late Saturday travelers, but is not child-friendly and usually full of cigarette smoke.

So back in September, I dropped “Chickenplucker” a line and asked for an idea, and, by chance, he was just about to update his thread with some pictures and a word or ten about the BBQ Barn in North Augusta. So, now that I had a destination, I started racing, not for the first time, west out of Columbia on I-20 as the sun set. 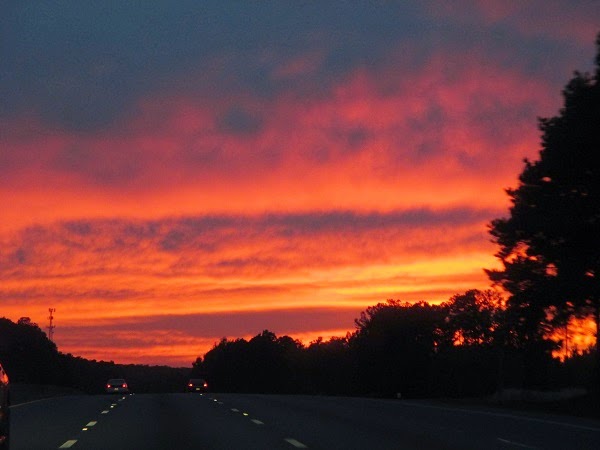 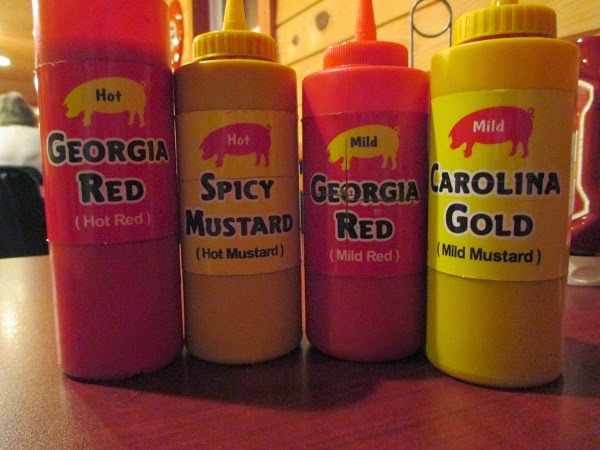 BBQ Barn was the youngest of all of the restaurants that I visited on this trip. Jody and Susan Glover opened it in 2006. Three years later, they opened a second location in Aiken, but it didn’t last, which is very surprising. The size of the Saturday night mob at the North Augusta store was pretty impressive; it certainly looks like a restaurant with a customer base that would support an expansion.

I thought the meal was quite good. I just had pulled pork and, of course, hash over rice. I was disillusioned by the sight of the meat, which looked like the sort of mushy barbecue that I don’t enjoy, but it had lots of flavor and smoke in it, and didn’t need any sauce. I wasn’t mad about the texture, but it would be churlish to complain when the flavor was just right. Apparently, the Glovers use a steel upright smoker with a wood box, so it’s a mix of wood and gas. I was talking with the family at the next table, regulars here, and the father of the bunch said he believes that Southern Prides and the like just make sense, because the gas makes the temperature easy to regulate while the wood gives it the right flavor. His is not, perhaps, a majority opinion in this hobby. 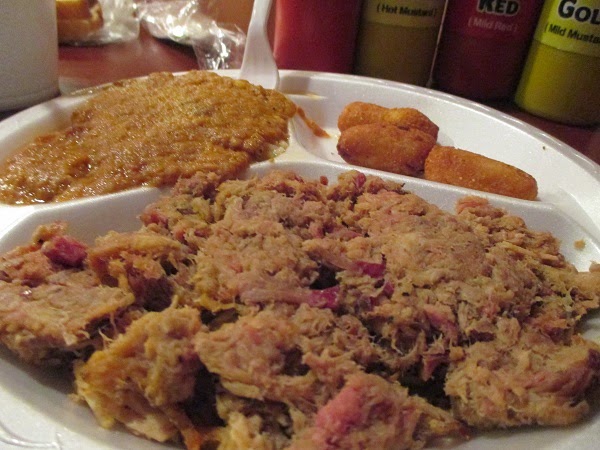 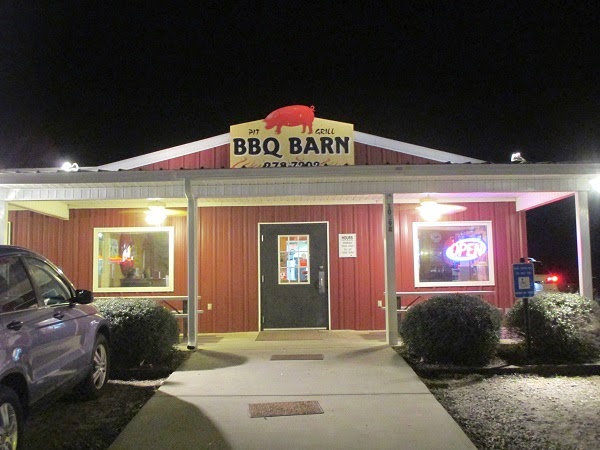 There are four table sauces here, hot and mild versions of a “Georgia red” and a “South Carolina yellow” sauce. I was reminded of a barbecue joint up in Anderson SC, the Pompous Pig, which I visited two years ago. Like that store’s owner Chet Newman, Jody Glover was born in Georgia – Riddleview, near Washington – and so he offers a tomato-based sauce like he grew up with in addition to the mustard-based one that I suppose is more common in this area. The Glovers also offer lavish and eyebrow-raising desserts that probably look incredibly tempting for anybody not wrapping up their sixth meal in a day. By the time I finished this last meal and the last lip-smacking taste of hash, there wasn’t any room left.

Gas in South Carolina was twenty cents cheaper than in Georgia (about $2.65 on average to $2.85*), so I filled up my tank and bought a bottle of Sun Drop and made the last leg home in about two and a half hours. This was absolutely a great circumnavigation. I still haven’t decided where the next one will take me, though. Any ideas, readers?

*It’s not just your imagination. Gas in Atlanta really has dropped 35-40 cents a gallon in five weeks. It’s $2.47 today!