I’ve been exchanging emails with several readers and writers who have also been noticing, as I suggested in July, that the quality of beef brisket being served in some of the Atlanta area’s barbecue joints has been improving massively. Now this is certainly not universal, and older restaurants don’t seem to quite have that same background of competition-circuit training that is really responsible for the uptick in brisket quality.

One of those older restaurants would be Roswell’s Swallow at the Hollow, and our friends Roger and Eve from Friday Date Night paid them a visit in August and found the same thin, dry, and boring brisket that plagued Atlanta for years and years. No, where there is good brisket to be found – and there’s lots to find – it’s going to come from pitmasters with some Texas in their blood like the Fox Brothers or Bludso’s, or from competition-que joints like Sam Huff’s or Dave Poe’s, or from any of the places that follow in their footsteps like the excellent Twin Smokers. 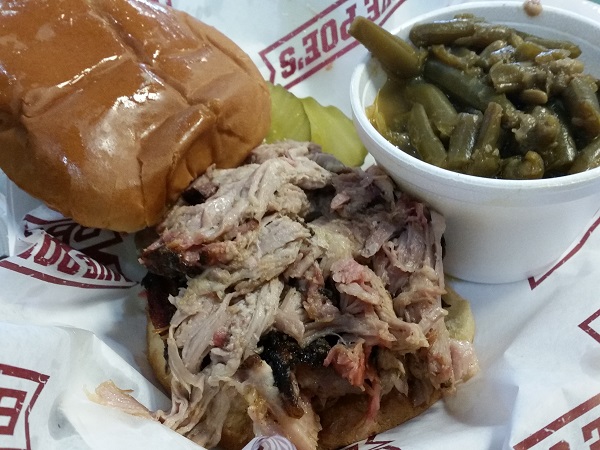 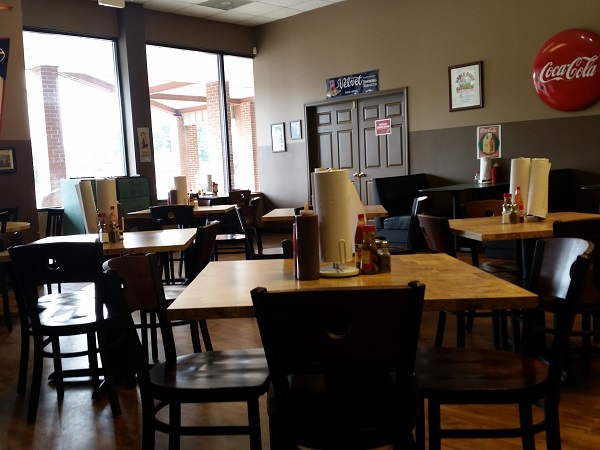 Dave Poe’s was long overdue for a new visit, especially since we’d popped by the area a few times to visit Hoboken Cafe and I started looking longingly at the place. There was a game that I wanted to pick up from a shop nearby called Raven’s Nest (Munchkin Gloom, which is hilarious and wonderful), so we came by one Saturday a couple of months ago and Marie paid no attention to all this talk of brisket and ordered pulled pork instead.

I’d say that was her loss, but happily, the pulled pork at Dave’s is terrific and she had a fine meal all the same. The brisket is fantastic, too. I had it with cole slaw and baked beans. 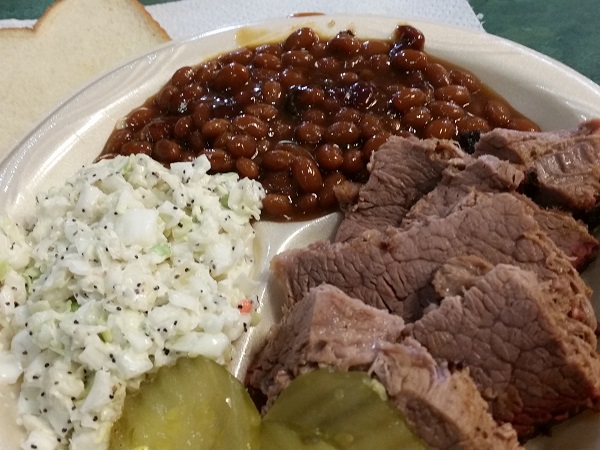 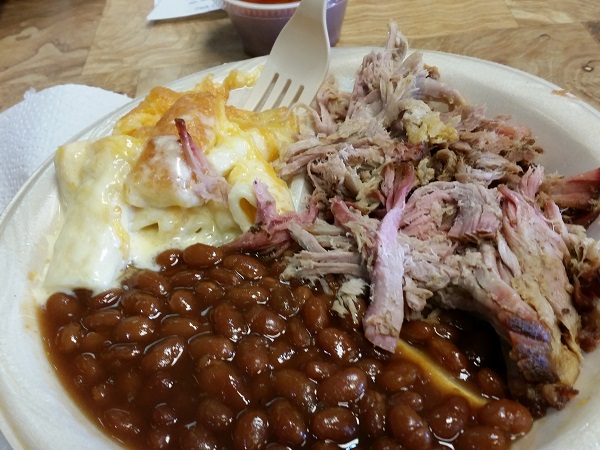 So we left and I was looking forward to the game so much that we plum forgot to take pictures of the building and the sign as we do. No matter, I said, this story won’t go up for a few weeks and we’ll come back to this area soon enough. Then our friend Marilyn from Atlanta etc. told us that she wanted to try Hoboken Cafe since we were raving about it, and since she was coming to our neck of the woods, we should join her. Marie had to work that Saturday, but I came with the kids, intending to get the pictures before enjoying a good sandwich at Hoboken. Then we found that they were closed for Labor Day Weekend, so we ended up at Dave Poe’s for a second week running with Marilyn and her son. I had no objection. 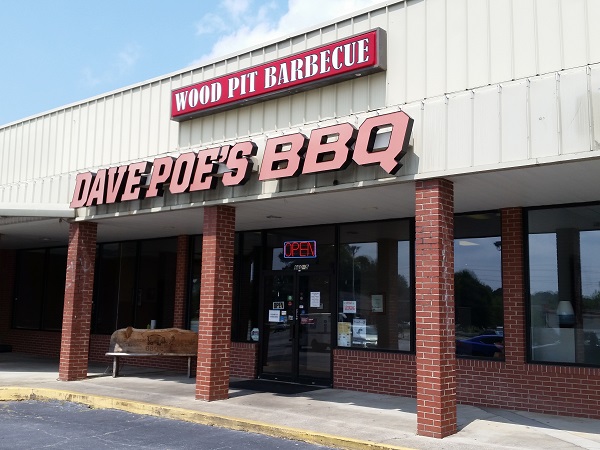 This time out, I made sure to get the mac and cheese along with my pork. I do like Dave Poe’s slaw a whole lot, but their mac and cheese is really something else. I also went back to the counter for some extra sauce. They have their standard tomato-with-vinegar style on the tables, but grab an extra little cup of the hot sauce when you pick up your meal. That goes extremely well with either the brisket or the pulled pork. I’m not mad about their vinegar-based sauce, but everything else at Dave’s is very, very good indeed.