Two weeks after he was born, Marie and I took a trip to Athens to show off the baby. A month later, we made a somewhat more low-key trip to just visit a new-to-me restaurant and swing by the place where Marie and I used to work to see some old co-workers and friends. She and I did not start dating until 2006, but we first met around 1995 or so. I left that job in the spring of 2000 and she eight years later. Naturally, darn near all the people that I knew have moved on in the last eleven years since I was there, but I did get to speak with four people from all that time ago.

Today’s restaurant opened as El Sol, but changed its name three years or so back to better distinguish itself from the popular Tacquiera del Sol on Prince Avenue. As Sr. Sol, it’s been attracting a really big crowd to a pretty small space. Sharing a building with a convenience store and gas station, Sr. Sol’s interior is laid out like a classic diner, but behind the counter they’re grilling up some excellent takes on American-styled Mexican food. 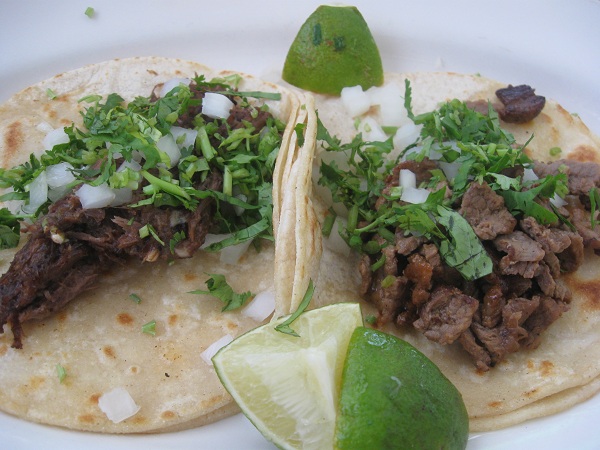 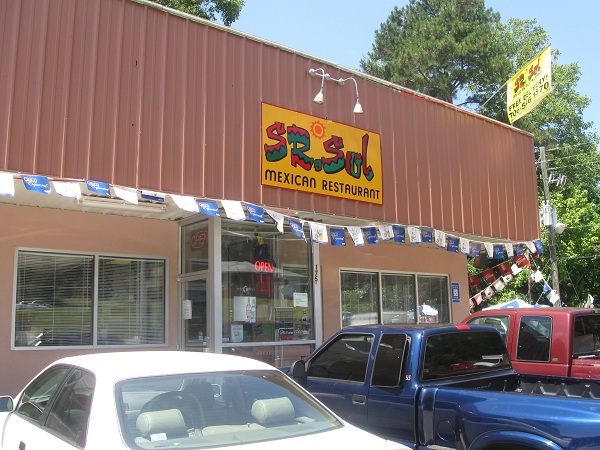 I must confess that my heart sank when the server brought the same basket of chips and the same ketchupy salsa that I have been eating since the mid-1980s, and which I have become incredibly bored of trying. This was a little discouraging.

Fortunately, the actual food was far better than the bland, safe chips-n-dip. At Sr. Sol, guests may order one of better than ten Mexican-styled tacos on two corn tortillas with onion and cilantro for around two bucks each. They are just wonderful. The meat is so perfectly seasoned – I went with steak and with barbecued beef – that it feels like the work of another, superior restaurant, and not the El-This-Los-That clone that trucked over the chips and salsa. To their credit, they do bring two squeeze bottles of red and green sauces out along with the chips, and the green sauce went wonderfully with the beef taco. I just wish a little more imagination went in with the starter.

I also had part of a chicken burrito, which was also really good. For a dollar, they’ll drown it in cheese sauce. I was very tempted, but thought better of it. Marie also had a chicken burrito, but served with the basic sides of rice and beans. These were easily as good as you can get anywhere.

Overall, I thought this was pretty good food, and served by a really great, friendly staff, but I also found myself wondering what the fuss was about. Perhaps I’m jaded or burnt out on Mexican food, but this was a good meal, and not a special one.

I’ll take “jaded.” I told Marie that if this place had been around when I was still in my twenties, I would have eaten here three times a month. “So, we’re coming back sometime?” she asked.