For lunch a few Thursdays back, I treated myself with a little trip over to Decatur to finally check out Brick Store, a really nice pub that quietly boasts one of the most remarkable beer menus in the southeast. Well, the restaurant itself boasts quietly, and beer lovers rave from the rooftops. Between what’s on tap and what’s in bottles, there are something like 200 or more available here at any given time, rotating regularly. Even a lightweight like me who rarely drinks is in heaven here. There’s something at Brick Store for everybody.

When I lived in Athens, I would often drink at the downtown Mellow Mushroom, which was famous in town for its “Hundred Bottle Beer Club.” I was well on the way to making that century mark when one evening, a server decided to play a particularly ill-judged practical joke on our friend Matt that left him fuming. Electing solidarity with a justifiably outraged friend, I didn’t go back, but I had some fine evenings before then. I understand that Brick Store was opened by some former employees of that Mellow Mushroom who loved their place’s beer selection, although, in a pleasant surprise, the Athens pub that it most resembles is the lovely Globe. There are no TVs and no bad mass-produced beers. It opened in the summer of 1997 and has been racking up awards for its beer selection ever since. 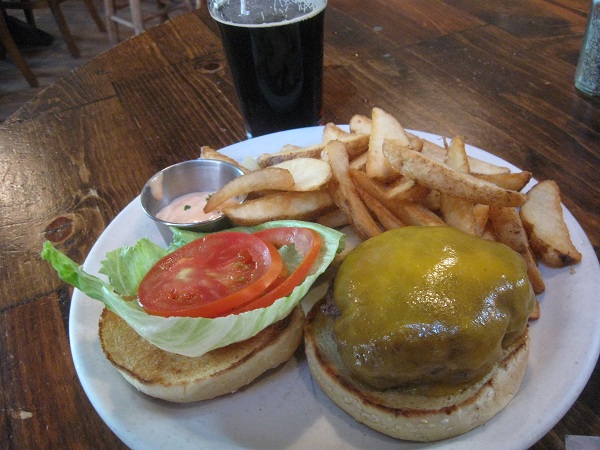 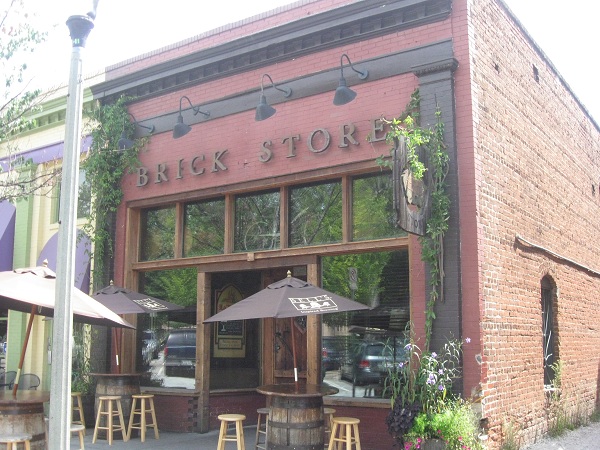 The service here is genuinely first-rate. I was lucky to have an excellent server who settled my inability to choose between two beers by bringing me a taste of each. The imperial stout from Denver’s Great Divide Brewing that I sampled was indeed lovely, but I went with a Highlands oatmeal porter, from Asheville, as I had never had an oatmeal porter before. (My all-time favorite beer, incidentally, is Samuel Smith’s oatmeal stout.) The porter was completely delicious, and it went really well with my meal.

I enjoyed a simple burger, named “The Brick Burger” on the menu, and it was incredibly juicy and delicious. It came with some house-cut wedge fries, and I followed the suggestion of Dine With Dani, who advised getting a little cup of red pepper mayo on the side as a fry dip. It was so good.

For real beer aficionados, Brick Store is a definite destination. If you live anywhere in the southeast, you need to come see this place. For lightweights like me who’ve spent most of the last eleven or twelve years sober and start to get a little goofy after just one pint, it might not be quite so imperative to get down here, but with food this good and beer this wonderful, it is definitely worth a visit for a snack and something to drink whenever I’m around Decatur. I’ll definitely be back sometime soon.

Other blog posts about Brick Store: