I got stymied for the umpteenth time with this one place that I wanted to eat in Athens. Let’s not go into it now. Maybe the time after next.

Anyway, on one of my previous trips to town, I noticed that a big sports bar was going in the space near the Morton that had previously been home to that tapas place. Actually, I don’t think that it registered then as a sports bar; I just saw that it was a taco place. I’ve always got time for a taco place, but I somehow wonder whether Athens is large enough to have room for a new one. In college towns, you occasionally see a little friction between established restaurants with a lot of history, the fun and trendy new places, and the out-of-town interlopers who come in and suck business away, particularly downtown. Fuzzy’s is definitely in the latter category. It’s a chain from Texas with, at the time of writing, forty-eight locations in ten states, all of which have cropped up since 2005. The Athens store is their first in the southeast; a second, in Charlotte, is due to open in the spring. 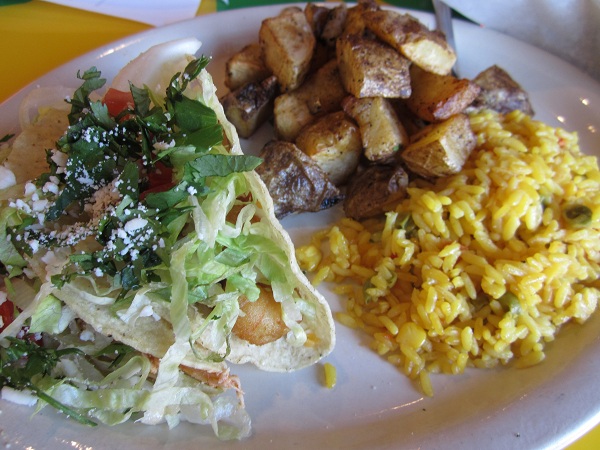 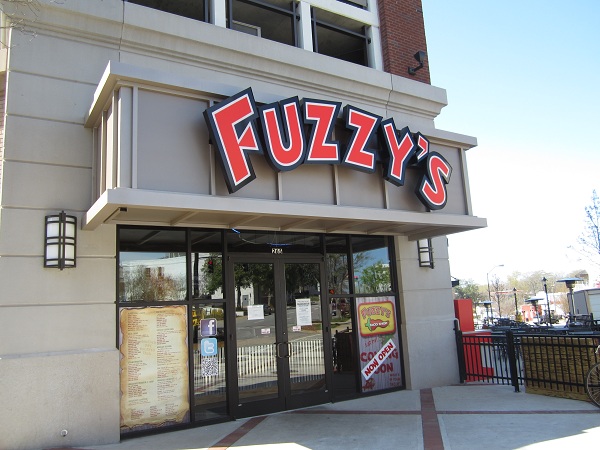 These are California-style tacos, available with nine different meats. I ordered a two taco plate, which comes with a guest’s choice of two sides, and settled on tempura shrimp and grilled chicken. The shrimp was sadly quite bland while the chicken was much more agreeable and interesting, but neither of them possessed a flavor that stayed with me for very long. I did like the texture of the chicken, and I really enjoyed the salsa. I was asked “hot or cold,” and figured that to be some kind of euphemism, or fun Fuzzy’s slang, but no, this place will serve you steaming oven-hot salsa for your chips, which was certainly unusual.

I’ve got nothing against newcomers. College is where you’re meant to ground your memories and let nostalgia bring you back. To that end, I’ll always be loyal to the much-loved Taco Stand. Sampling this revealed some interesting new things, and the staff really demonstrated that they’re out to have a good time, but this place will be making memories along with today’s undergraduates, and not occasional visitors back to town like me. For folk in my age bracket, the downtown Taco Stand is still there, and I spent the next hour or so with a curled lip, wondering why on earth I’d let my “try new things!” desire lead me away from a place that I would have enjoyed more.

Sometimes, though, even the old reliables will let you down a little. A visit to America’s finest comic shop, Bizarro Wuxtry, most certainly did not let me down at all, happily. I’d been pinching some of my disposable income pennies and bought some books that I’d been wanting, including Dark Horse’s really great new hardcover collection of Milk & Cheese by Evan Dorkin. I enjoyed catching up with my friend Devlin, and then I made my way over to ADD Drugs in Five Points to get a milkshake at their lunch counter. I love how they call it a snack bar. What I don’t like is that I ordered a pimento cheeseburger with lettuce and tomato, and then struggled to find any meat in the darn thing. 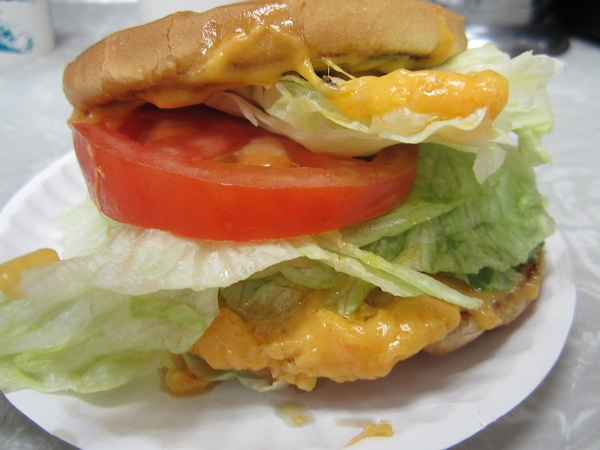 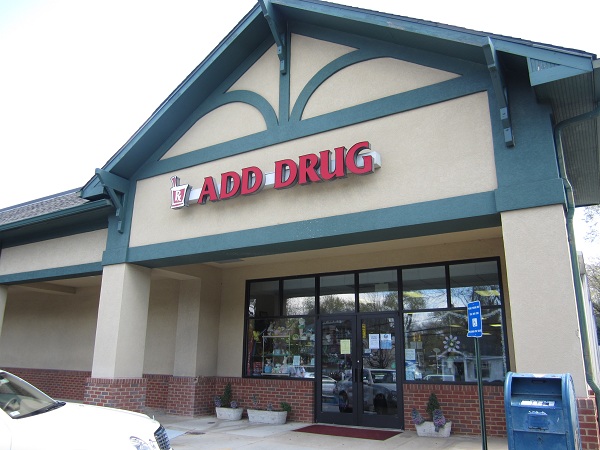 The sad reality is that over the sixty-some years that ADD has been with us, the amount of meat in their burgers has thinned away to practically nothing. They still mix up a fantastically good milkshake, and I think it’s one of my favorite places in town to just sit and people-watch and have fun small talk with the servers. But the burgers that were pretty good once upon a time, when the large neighboring space that has been home to the Earth Fare for so long was home to a different grocery store, perhaps Bell’s if my memory serves, have fallen upon very hard times.

I drove home thinking that if I wanted tacos and a burger, then I should have gone to the Stand and White Tiger. Ah, well. We’ll get some barbecue when Marie and I go to town next, and in the meantime, I had some fine new books to read, and at least I got a terrific milkshake out of the deal.