I did not specifically intend to revisit the Atlanta Food Truck Park on Howell Mill, but I’m very glad that we did, because we had a really great time and ate very well.

Marie had suggested fried chicken for supper a couple of Saturdays ago, and I was keen for her to try Curly’s Fried Chicken, which is located a little further down the opposite direction on Howell Mill, and which I had really enjoyed when I visited in the summer. In fact, the more I thought about it, the more keen I was for a visit. But the teenage girlchild started grumbling. Suddenly, she didn’t like chicken, and never had. You might be aware that teenagers can be just a little bit mercurial.

I had a humdinger of an idea. We’d pick up a box of chicken from Curly’s for Marie and me to enjoy, and take it down to the Food Truck Park, give my daughter some money and let her buy whatever she wanted. Then Marie decided that it wouldn’t be necessary to go down the road; she was sure she could find a truck or two with something she’d enjoy. We would get fried chicken some other time. 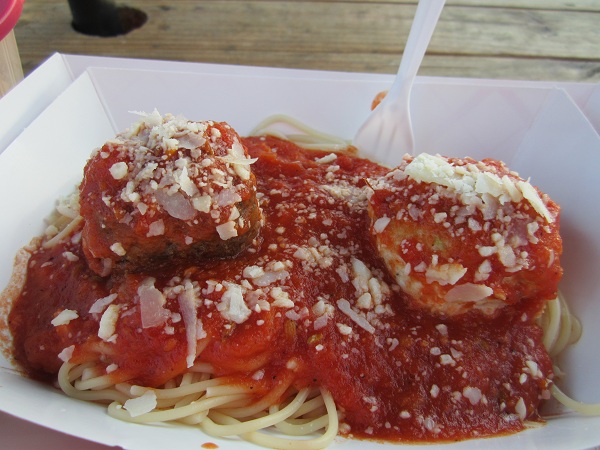 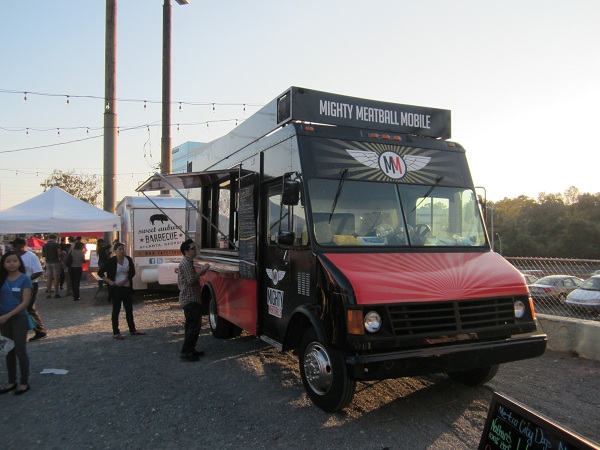 Mighty Meatballs is one of the trucks in town that I am keen to try, but I also wanted us all to sample some different things. Once the girlchild had bought a great big treat from the Bubble Tea truck, she and Marie both lined up for something from here, and I went to try Roux’d instead. This was a big win for the home team. My meal from Roux’d was simply wonderful. I had the cajun scallop ceviche and loved it completely. It was rich and spiced just perfectly, with a delightful burn, and they did not cut corners on the meat. The bowl was piled high with delicious scallops. 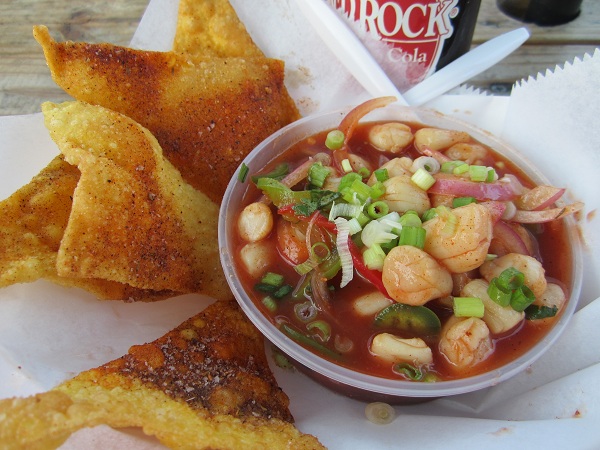 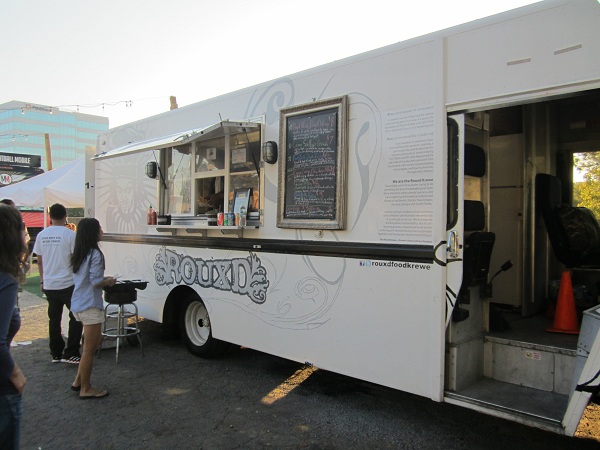 Meanwhile, Marie and our daughter’s treats from Mighty Meatballs were also very satisfying. Despite a spectacular attempt by the baby to pull all the noodles and sauce from her plate onto himself, Marie enjoyed one chicken parmesan meatball and one pork and beef mixture meatball with pine nuts over spaghetti and sauce. The teenager just had one meatball, served on a small bun as a slider. 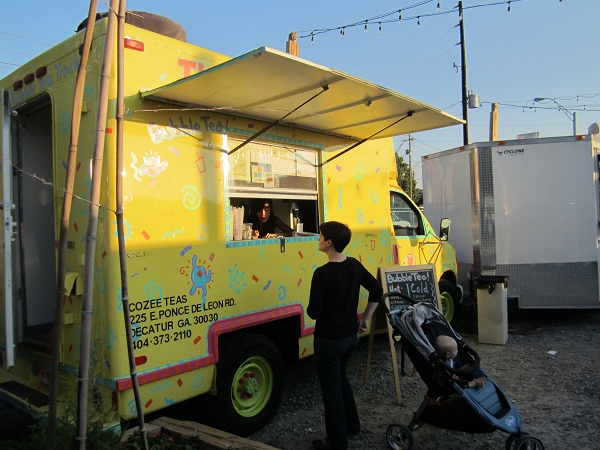 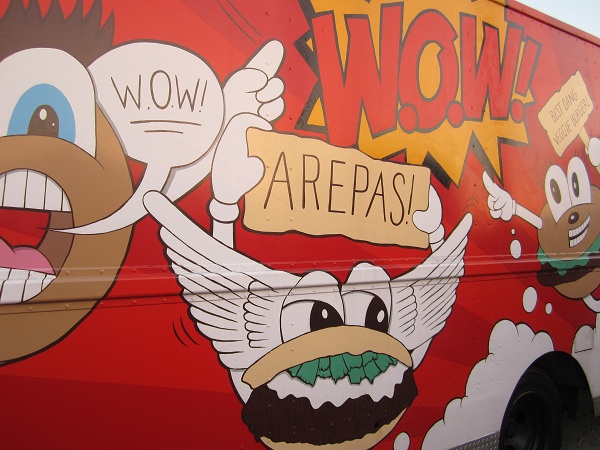 Speaking of sliders, the WOW truck has been getting all sorts of attention for its slider-like arepas, which are tiny sandwiches on corn cakes. These are priced pretty nicely at $4 for one or $7 for two. We all thought about getting desserts, and I decided one of these would do me splendidly. The ladies went a little more traditional in their after-supper treats – Marie got something from Little Jimmy’s Italian Ices, and the girlchild went to King of Pops – but I wanted to try WOW’s chicken sofrito arepa. It’s a messy little thing, with juice and creamy “kicky” sauce – a mildly spicy cilantro pepper sauce – getting everywhere, but just wonderfully tasty.

In an earlier chapter, I had expressed some skepticism about this place, since I’m an old fuddy-duddy and like old buildings that have been there forever and so-and-so. Happily, my principal objection to a Saturday visit – the space-wasting inclusion of a “farmer’s market” full of dog treats and homemade shampoos – was over before the suppertime. I was aggravated that about a third of the tables were reserved for some promotional company – pig-something – playing music and giving out wholly inappropriate swag bags. (Seriously, who gives a thirteen year-old girl a gift bag with a box of matches in it?) This forced the large crowd into sharing tables – which is cool – but there simply wasn’t space for everybody at once.

On the other hand, the pop music went over really well with both the children. Apparently, it was all culled from the playlist of whatever radio station my daughter enjoys, which pleased her to no end, and the baby bopped and bounced and danced and threw his arms in the air like he just didn’t care. Little man got to make a mess with spaghetti and dance with his big sister. We all ate well and had a fine evening, him probably most of all.