In 1976, Buford Highway looked very, very different. While today we celebrate it as the Atlanta area’s original home for cooking and cuisines from around the world, in ’76, it was just another busy suburban four-lane with all the same restaurants and shops as every other busy suburban four-lane. The Baldinos was then a Pizza Inn, the Monterrey was then a Shrimp Boats, the Farmers Market was then a Lionel Play World, and that patch of demolished flat ground at the intersection with Oakcliff was then a Hardee’s. Also, that porn theater that everybody giggles about was a mainstream movie house, showing Freaky Friday. Seriously.

Also in 1976, Eddie Benedit opened the original Havana Sandwich Shop in a space just below North Druid Hills Road. It occupied this building for thirty-two years, until a fire in 2008 forced its closure. There were some hiccups and fits and starts over the next couple of years, fueled by a family feud that broke out in the wake of Eddie’s 2001 passing. Eddie’s wife, Debbie, and son, Eddie Jr., had opened a second location in Cherokee County shortly before the fire, and they briefly focused on that store before returning to Buford Highway, but in a different location a little north.

Since Havana has made such a name for itself with their popular store, I was surprised when, earlier this year, the Benedits announced that they were returning to their original, rebuilt location. It is open for lunch Monday through Friday. (The second store, north of Clairmont, is still open, and also serves dinner.) 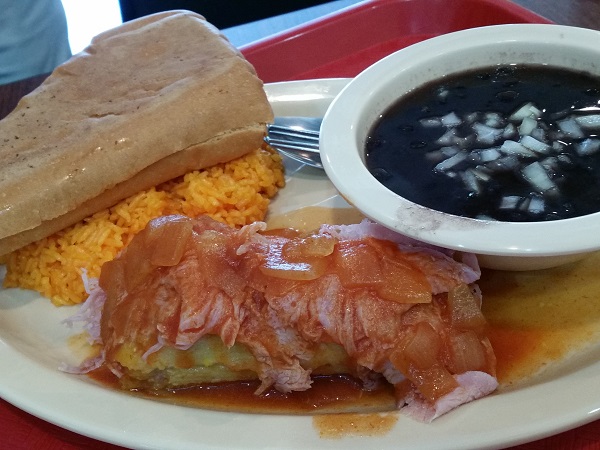 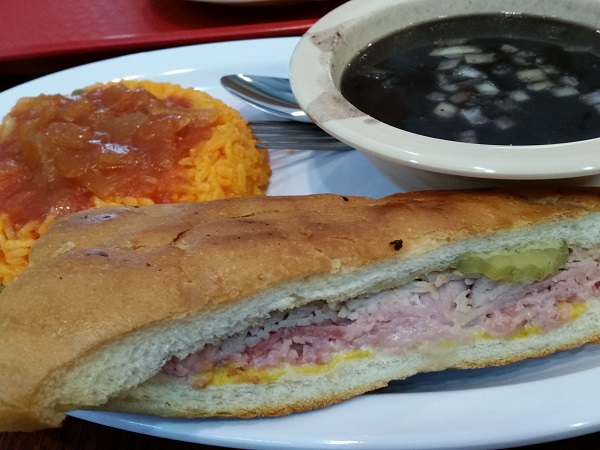 The old shop reopened in early July, bringing a neat sense of history back around to Buford Highway. I was actually on my way to another lunch that Friday that I first saw somebody at the side of the road pointing a sign toward the restaurant and knew that I’d be back soon.

A couple of Fridays ago, I met my friend David here for lunch, and I ordered the classic Cuban sandwich (ham, roast pork, cheese, pickles, and mustard) as a combo, which gives you half a sandwich with a small bowl of the delicious black bean soup and a little rice. These sides also came with the tamale that David ordered. This is certainly among the best Cuban sandwiches in town, if not the very best. I’m still really taken with the excellent Cubans at Derek’s in Marietta, but Havana’s are also pretty amazing. You can tell that they use quality ingredients; it’s just a really fantastic sandwich, and worth trying. 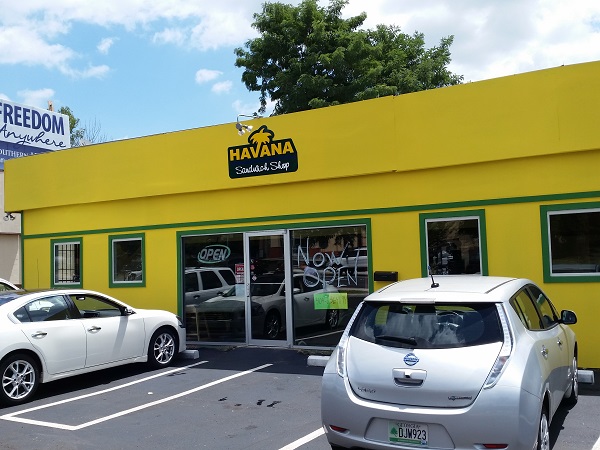 One thing about the restaurant business: you can never market yourself enough. During the 45 minutes or so that we were here, I overheard Debbie tell two different customers that they’d been open at the other site about two miles up the road for about five years. Both of the guests thought that Havana had gone away for good seven years ago and had no idea that the other store existed. No matter how you much you push yourselves, there are always gigantic crowds of people who have never heard of you. Make sure that after you visit this good place for a very good sandwich, you tell a friend or ten.