Back in November, I started prepping an old story that I’d written about the dearly missed Mean Bean for a reprint here. Doing so made me crave their nachos something fierce. It also sparked a craving in Marie; she wanted a spinach quesadilla from the Mean Bean’s competitor / cross-town rival, Taco Stand. She loves those things. We love Athens and miss it a lot, and would have gone that weekend, but had plans on the Saturday and saw that rain was on the forecast for the Sunday, and taking our three year-old to Athens and not letting him play at the Southeast Clarke Park is as close to child cruelty as can be imagined. We waited it out for a week.

In the meantime, I broke down and had nachos wherever I could. None of them were the same. The three year-old and I met up with our pals from Spatialdrift at Taco Loco in Marietta and I ordered some. They were pretty good – their tacos are even better – but they didn’t satisfy the craving. You wouldn’t think an “addiction” to Americanized junk food taste on Mexican food would be so hard to break, but that’s what years of the stuff in college will do to you.

Technically, we’ve written about the Stand quite a few times, visiting the original Milledge store twice already as well as some of their satellite locations, not to mention somebody’s ill-advised idea to open a store in Alpharetta and try to make it upscale and family-friendly. But here, because we love the Stand, its food, and all of its scruffy college town feel so much, are a couple more pictures anyway. 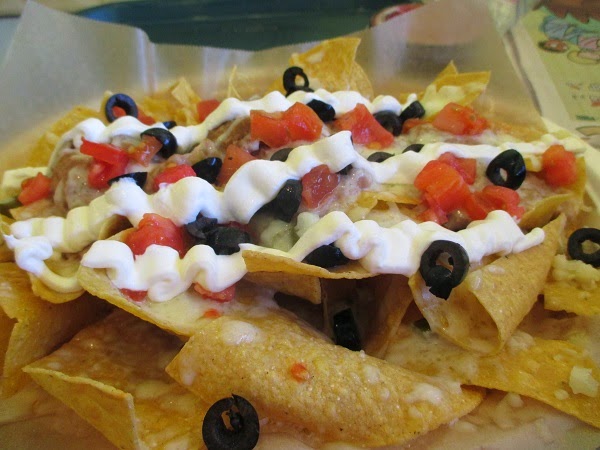 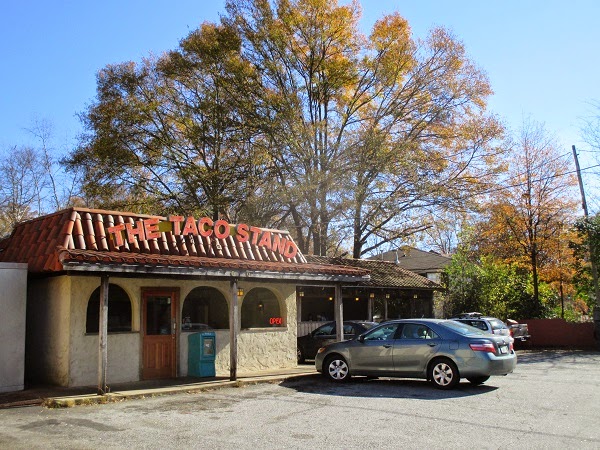 The Taco Stand opened in 1977, which is a pretty long time in restaurant years and an absolute eternity in college town restaurant years. Despite its two stumbles in Atlanta – actually, that’s not fair, the Buckhead location did manage nine years, which is a decent run in an expensive neighborhood – the three Athens locations are still going strong, although we were sad to see that the fourth store, in Watkinsville, has closed. When we stopped by the Milledge location for our snack, there was a very good crowd.

I ordered the Mega Nachos to share with our son. These somehow are not what he wanted. If I open a bag of tortilla chips at home, I’m lucky to get two from the bag. He didn’t want these. He likes chips, and sour cream, and cheese, and still didn’t want any of these. More fool him. Marie had the spinach quesadilla that she’d been craving; she was silent and smiling for about ten minutes, lost in reverie.

I also had a refried bean taco. Nobody, nowhere, made these as good as Mean Bean, but these are a passable next best option. Get one with extra hot sauce. It’ll be the best $1.70 you spend that day. Marvel at how young the college kids are these days and read the current Flagpole and it doesn’t matter where you went to school, you’ll have a good few moments of bliss.