2012 has actually been a pretty eventful year for Cajun and Creole cooking in Cobb County, with one new restaurant, one closure, and one reopening. Perhaps the first four months of every year are like this, and I only just happened to be paying attention this time out, but it seemed unusual to me.

In Smyrna, a tiny little place called On the Bayou has opened in the space previously occupied by a Huddle House on South Cobb and Church. I stopped by for lunch several weeks ago, intending to try one of their po-boys, but was sold by the staff’s recommendation of their shrimp creole. This is not normally on the menu, just an occasional special. Honestly, it was not at all bad, but it did not knock me out, either. All of the ingredients tasted fresh and the staff was downright terrific, but the sauce was, honestly, a little bland. It was not a patch on the firey, vibrant shrimp creole that I used to get at the dearly missed French Quarter Too in Dunwoody many years ago.

In fact, the standout was the bread that came with it, which was completely delicious. Apparently, On the Bayou’s owner, Kevin Rutley, makes a trip to his hometown of New Orleans every week to bring back a truckload of the stuff straight from the source. I told the fellow at the grill that I loved it, and he recommended I come back for a roast beef po-boy. Heck, that was what I came for in the first place, and got sidetracked.

A couple of weeks later, Marie and I were indecisive about what we’d like for dinner on a Saturday evening. I pulled up On the Bayou along with four other places in Urbanspoon that were not a long drive away, and she picked from among those. On the Bayou won out, as she decided that she was in the mood for red beans and rice. Wow, did these guys ever deliver. She got an incredibly tasty bowl of the stuff, with some excellent andouille sausage, and got to agree with me about how very good this bread is. 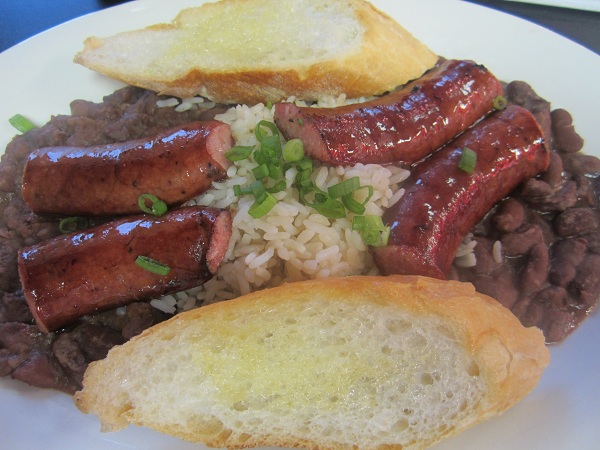 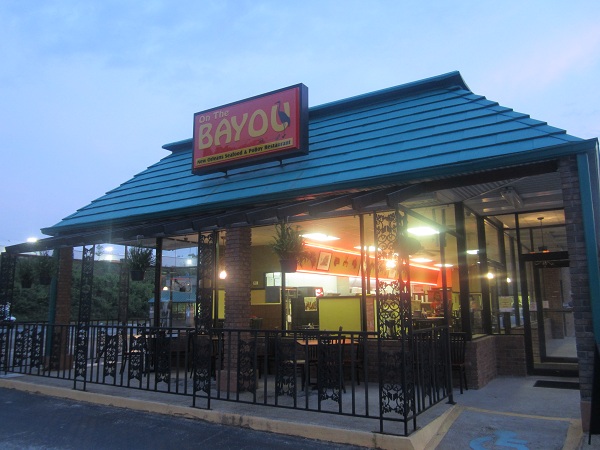 I got to have the po-boy that I had thought about trying the first time that I came, but they were out of roast beef and I had hot ham with Swiss cheese instead. I had a little cup of remoulade to use as a fry dip and was completely pleased. I can’t imagine any sandwich not tasting terrific on bread this good.

In between trips to On the Bayou, I took an afternoon lunch in Kennesaw at a newish place called Trinity Creole Cafe, after somebody at the restaurant encouraged me via Twitter to come give them a visit. I cut through a strip mall on the way over, to see whether a “coming soon” restaurant has opened – it has not – and noticed that the only Georgia location of J. Gumbo’s, a small outpost of a regional chain that we covered back in February, has shuttered. It really wasn’t all that likely that I would revisit this place, but I did enjoy the lunch that I had here.

So, over in Kennesaw, Trinity Creole has opened in the space that was previously home to the popular Caper’s. It is a considerably classier experience than the no-frills, former-diner home of On the Bayou, with nice tablecloths and elegant fixtures. 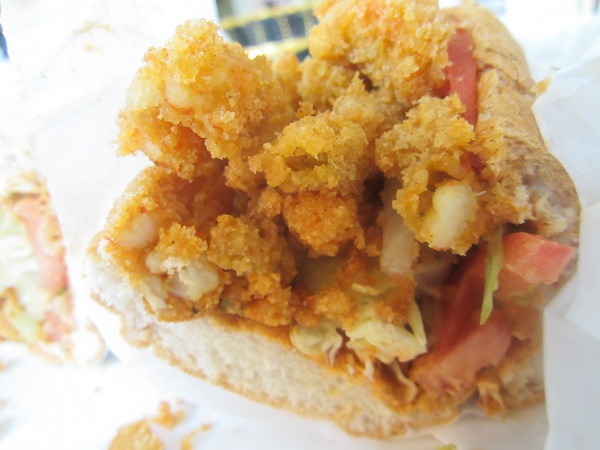 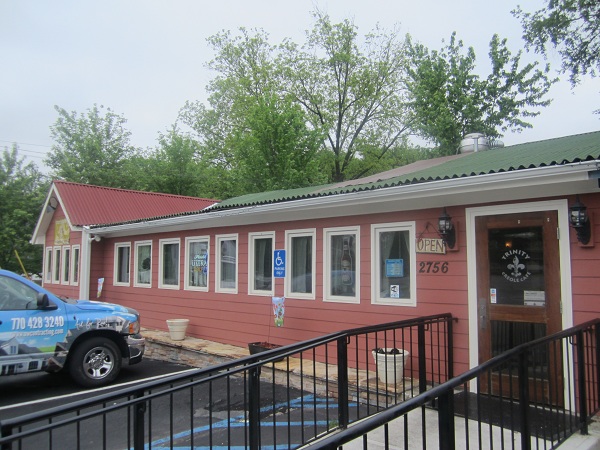 Again, the fantastic bread here comes from a New Orleans bakery, and it was the best part of the crawfish po-boy. I never did decide whether I was wanting the bread to be more buttered, or whether it needed more remoulade sauce, but the sandwich was, simply, too dry for my taste. Much more agreeable, however, was an appetizer portion of gumbo, which was very rich and spiced just right. I absolutely loved this and would have happily indulged in more.

I left thinking that lunch po-boys here are probably not the house specialty, but, more likely, their dinner selections will probably be where the kitchen shines. Certainly, this place will be worth another visit one evening when the mood for a good New Orleans-style dinner or a plate of jambalaya strikes, because if the gumbo is any indication, these good people can work magic.